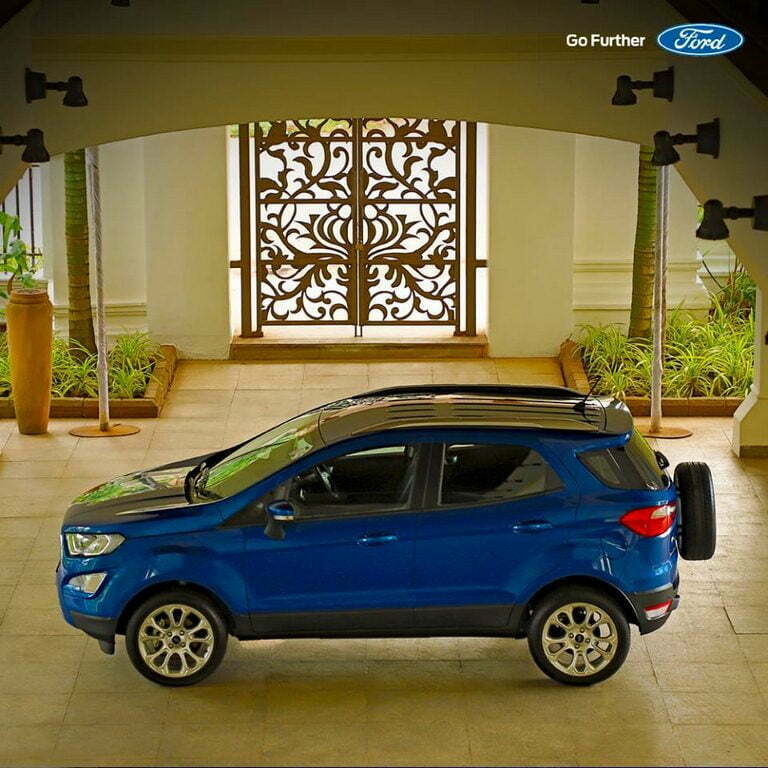 Pricing will set the Ecosport in place. The original compact SUV is back and has everything it had and has to offer more. We give you 5 reasons Buy EcoSport Facelift

Indians are known for their smart choice of vehicle and are proving themselves over time with a selection of their drive, which seems to be working as we can see. Good products with good strategy stay and bad were never accepted. As the small affordable cars were popular in 90’s because Indians roads demanded to and then sedan segment ruled which went parallel to less comfortable SUV’s offered from Mahindra and now Indians are rolling on compact SUV, which is very well-adopted fashion for Indians.

By this selection, they are also leveraging the low taxes on less than 4-meter vehicles which is another sign of a smart move and as today they have the bunch of options in compact SUV segment, Ford Ecosport is popular among them and below five-point says why newly launched 2017 Ecosport will keep the flag up for the company.

History.
Ford has stepped in the market with their compact SUV ‘Ford Fusion’ (before Ecosport) in the year 2004 which didn’t go well, so company discontinued it in 2010 and to regain the Ford image and by learning from the past, company launched Brazilian designed compact SUV Ecosport for the Indian market in 2013 which offer better after sale service, refined engine and more SUV design gave tough competition to ruler of the time Renault Duster and as Ford has gone through loss and settled stone in the past, made Ecosport popular and adorable.

Head turner.
Keeping the sleek side appeal same as before and ending with smarty placed looking glass panel on the C pillar, 2017 Ecosport updated itself with a new well-shaped front grille emitting the tiny section from the previous model, which holds the Ford batch. The newly designed fog lamps go perfectly in the updated front bumper. Ecosport now gets projector headlamps and DRL LED’s which looks more modern to its rival. From the rear, it’s still a head turner with revised tail lights. The new SUV does look more butch thanks to the grille. Side and rear profile gets minor tweaks to make it stand out. 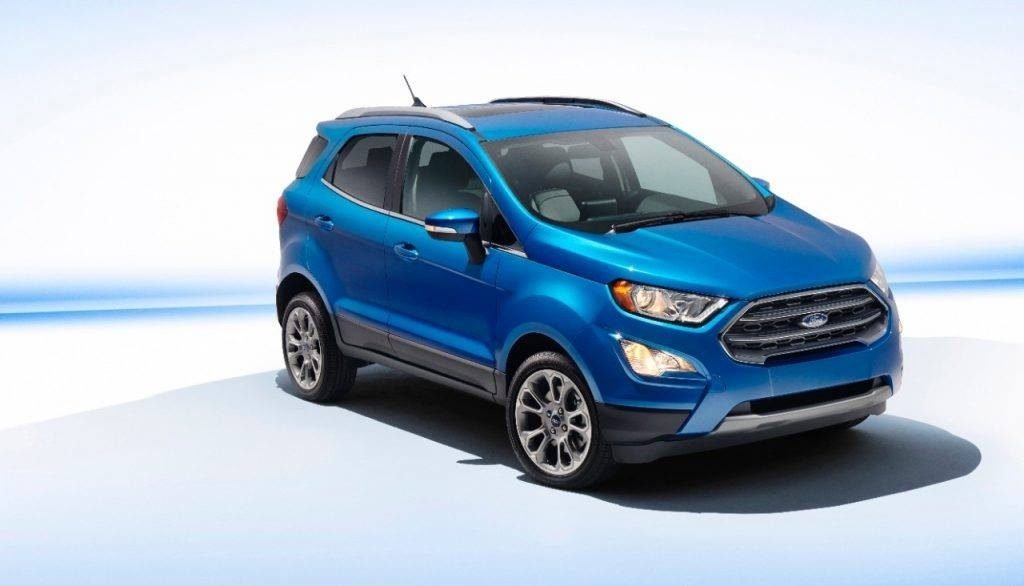 Fresh Interior.
Continuing the freshness from the airy cabin the side air-con carried from the previous model, the centre aircon is placed beneath the touchscreen panel looks more modern and attractive presenting best road view behind the wheel. There is a new touchscreen unit which is a big highlight and makes the cabin look very rich. Ecosport replaced the dial infotainment system with a touchscreen interface and a digitally readable odo holding bunch of information using the updated Ford’s SYNC3 system.

More Power to wheels.
Ford will offer the EcoSport 1.5 L Dragon petrol engine under its hood giving a maximum 121 BHP of power with 150 Nm of torque from the press of throttle with its 5-speed or 6-speed auto transmission. The 1.5 L TDCi diesel makes 100 PS of power and 205 Nm of torque and comes mated to a 5-speed gearbox. 1.0 litre Ecooboost engines continue to be on offer.

Practical Cabin.
Good amount of knee and headroom makes it a practical cabin with almost large boot space make it an ideal car for a long trip as the car is known for offering a great ride at any given speed or road.