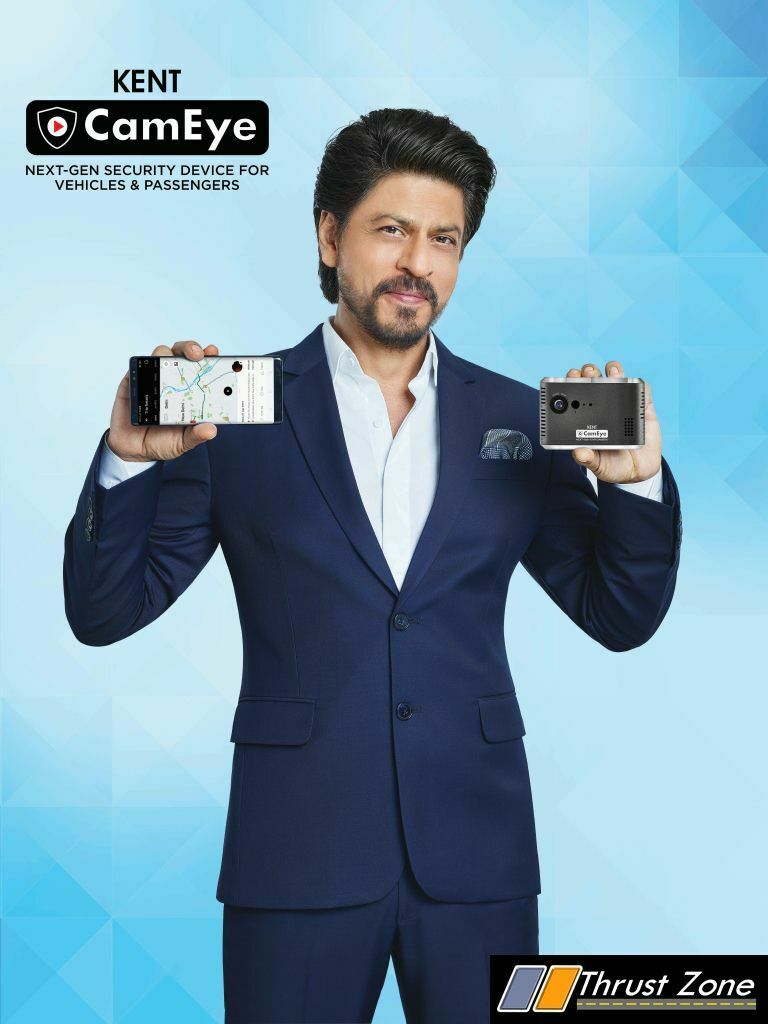 KENT CamEye is a car camera that uses the dual camera to record everything happening inside and outside the car, and also allows live video streaming of either camera on the mobile phone. It also tracks the real-time GPS location of the car and allows playback of the route traveled by car on the map. Moreover, it sends actionable alerts on the mobile phone when it detects something unusual using Artificial Intelligence.

KENT CamEye is a 4G powered, Mobile app based, Plug & Play device which gets installed on the front windshield of the car. It stores the recorded videos on secure cloud storage and syncs them on a mobile phone on a real-time basis. KENT CamEye also comes with inbuilt battery and memory backup so that it works even when the car is parked or out of network coverage area.

The device uses a mobile application as a medium to relay information to the user. The app is available for both, Android and iOS mobile phones. The user-friendly application allows the user to view real-time location of the car, playback the route traveled by car for historical trips, live stream inside or outside camera, playback recorded videos of historical trips from the cloud and many more amazing features. As per the company, historical data for 90 days is retained on the cloud. Another great feature for families is that one device can be accessed by multiple users.

KENT CamEye uses Artificial Intelligence to detect unusual things in your car. Using face recognition and matching, it can notify the car owner if an unknown person is driving their car. It can also detect if the driver is sleeping in the car with AC ON. Or even if someone obstructs the view of either camera with a cloth or a newspaper. Since KENT CamEye is a connected device, over the air (OTA) updates will be sent to the users on a regular basis to give new functionalities. As per the company, features like driver gesture recognition and driver fatigue detection will be rolled out in the coming months. 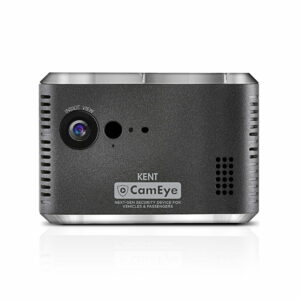 Unlike a multitude of devices available in the market that capture data from the car’s sensors, KENT CamEye use its onboard sensors to capture the data. It has various sensors like GPS, temperature, accelerometer, and light. Moreover, it doesn’t tamper with the car’s warranty as it doesn’t need a connection to the car’s OBD port or hardwiring with the car’s battery. It’s a plug and play solution having an internal battery of 3000 mAh and 8 GB memory.

KENT CamEye is the brainchild of Mr. Varun Gupta, Director, Kent RO Systems Ltd. He said that “This device was conceptualized keeping in mind the security of women and children in mind. I used to be worried about the safety of my wife and both the children when they used to travel alone with the chauffeur, especially at night. Staying in touch with them on a mobile phone every time was not the solution and that’s when the idea of CamEye struck to me.”

KENT CamEye is priced at Rs.17,999 and comes with a launch offer of 3 months free subscription. In addition to the upfront cost, the user must pay a monthly/annual subscription fee for using the cloud features. KENT CamEye can be purchased directly from the company or can be bought online from Amazon.in