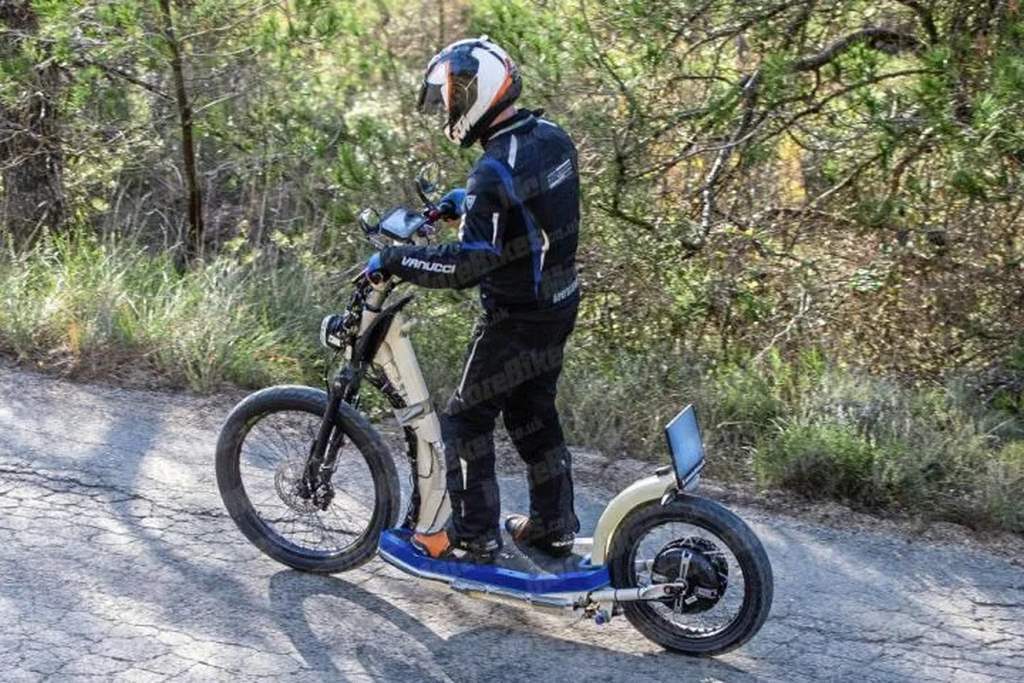 KTM Electric Kick Scooter is part of the mobility solution for the future, kids and urban dwelling

This is something we had never expected from the KTM. Believe it or not, the Austrian bike manufacturer is working on to develop an electric mobility solution for the urban millennial. The test mule of the KTM’s electric kick scooter has been snapped recently, giving away the company’s plan to rival the e-bike project of its arch-rival Harley-Davidson.

The spy shots reveal the batteries are stored underneath the floorboard of electric scooter, an arrangement which is similar to what Harley-Davidson showed at CES 2019 event. The electric motor and energy recovery belt system are mounted on the left and right-hand side of the rear wheel respectively. The front wheel of the electric scooter seems to be 21-inch in size although the rear wheel seems much smaller in comparison.

The electric scooter has got single-sided brake caliper which should equip it with decent stopping power. What makes things even more interesting is the digital instrument cluster which is bolted on the handlebar.

Overall, the concept of KTM’s electric scooter is quite interesting and has important implications from a competitive viewpoint. Conventionally, KTM manufactures electric bicycles but only for off-road and trail applications. However, companies like Harley-Davidson and Ducati have recently started paying more attention to their urban electric mobility range. 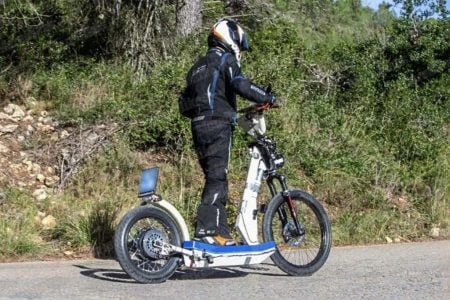 Both of these KTM rivals have unveiled concepts of electric scooters which allow for hassle-free inter-city travel. Harley-Davidson has even gone on to showcase a working prototype of its electric scooter at recently concluded X Games in the US. Now given the fact that segment of urban electric scooter has just started emerging and has limited competition, it makes a business sense for the KTM to leverage the available window of opportunity. As far as India is concerned, we don’t think this electric scooter will make its way to our shores.