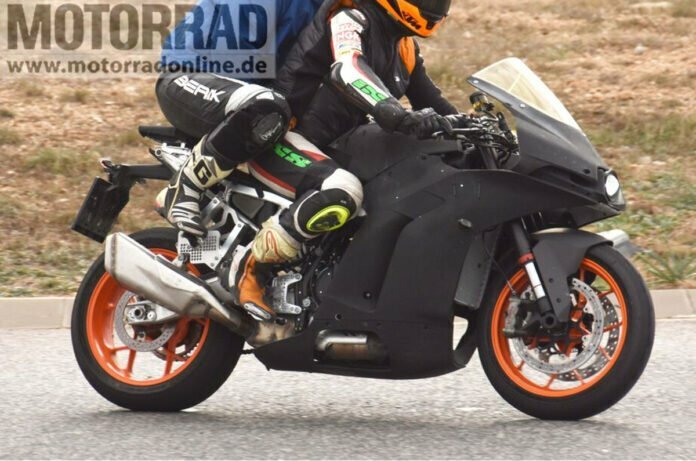 The KTM RC 8C track machine was lovely of the Austrian bike maker to showcase prowess on the track. With a more than satisfactory show in MotoGP in the last year, hopes have been high of a supersport offering from the manufacturer and the RC 8C piqued our interest. But that was a track-only bike that sold out in literally five minutes. But there’s still hope for the rest of the world who couldn’t place their orders in time. A road-legal alternative seems to be under development at Katoom and could arrive in the next couple of years. 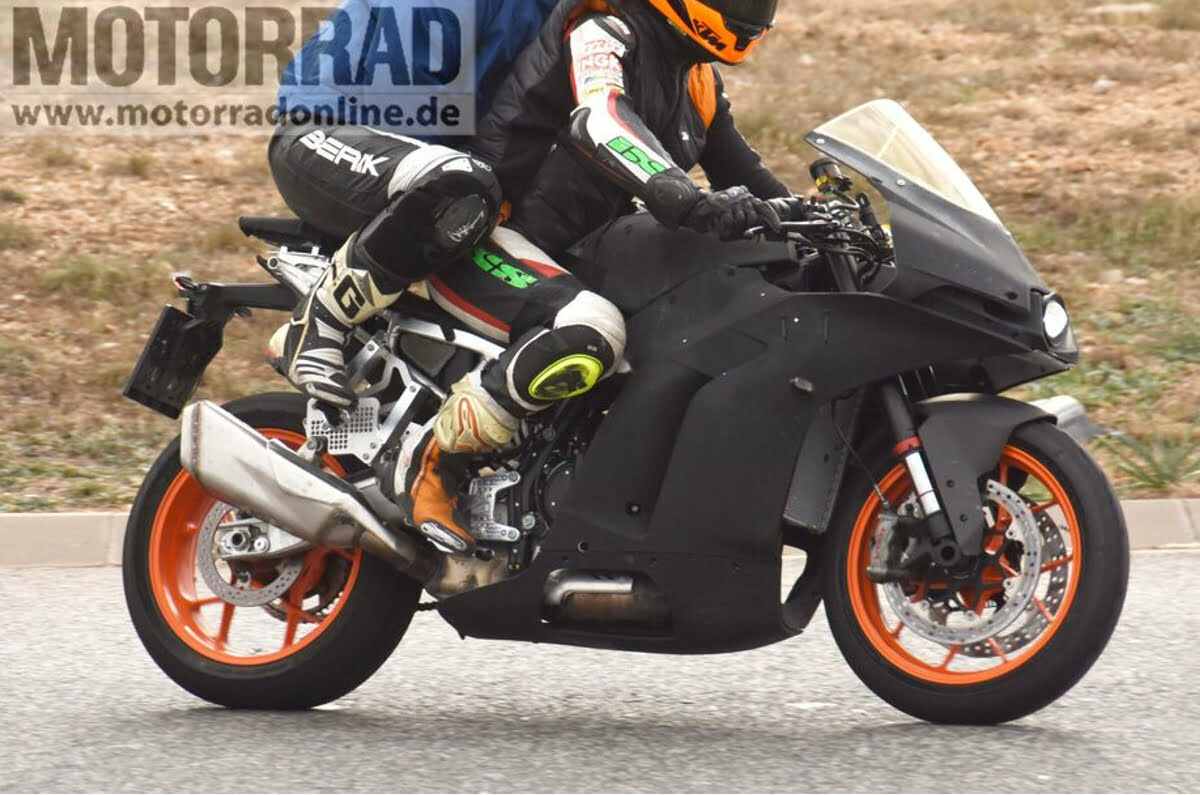 Spy shots of a large displacement KTM supersport have emerged online that show an 890 Duke based motorcycle out on test in Spain. The test mule supposedly gets fairing identical to the RC 8C as well as the KTM RC16 MotoGP machine. It has been tweaked though to accommodate headlights and licence plate holder to make it road-legal. The test mule also appears to get an 890 Duke derived frame instead of the Kramer chassis on the RC 8C. The engine is likely an upgraded version of the 890 Duke R’s twin-cylinder motor. The 889cc engine could be upgraded to about 990cc or less, which will allow the bike maker to exploit more power from the package. The same engine is likely to debut on the 990 Duke as well. 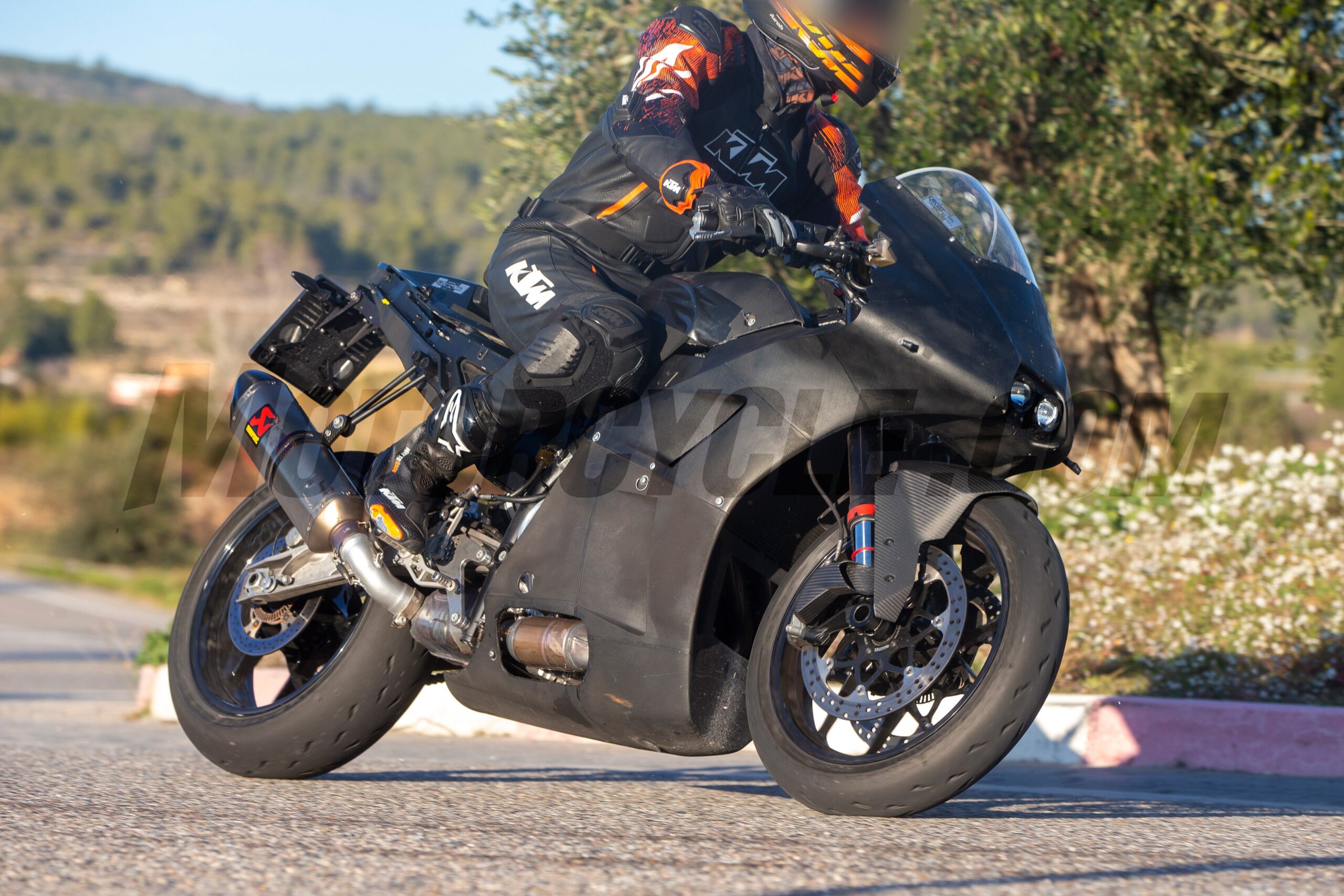 Other noticeable bits include a new exhaust system that takes up room under the engine and requires a new opening in the belly pan. The swingarm appears to be redesigned too. The bike gets Brembo Stylema brake calipers, which promise top-notch braking and are likely borrowed from the 1290 Super Duke RR. The WP Apex USD forks at the front get a larger rake angle. 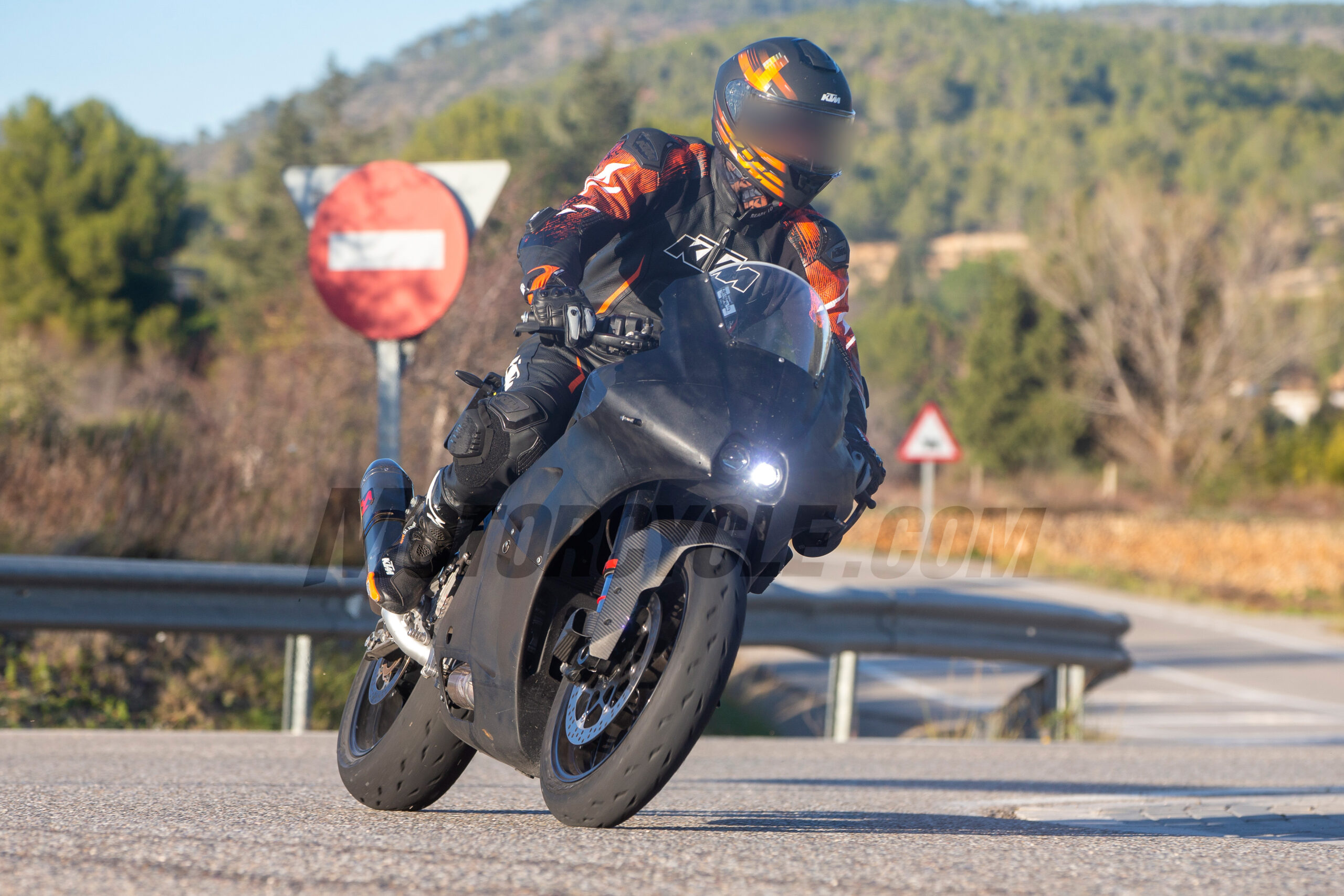 Being a supersport, the model gets a dedicated riding posture with high rear-set footpegs, while the clip-on handlebars are set higher than we’d normally expect. But that could change on the production-spec version. These are of course early images of the bike and the production version is likely to arrive only by the end of 2023 or in 2024. An EICMA debut cannot be discounted either.