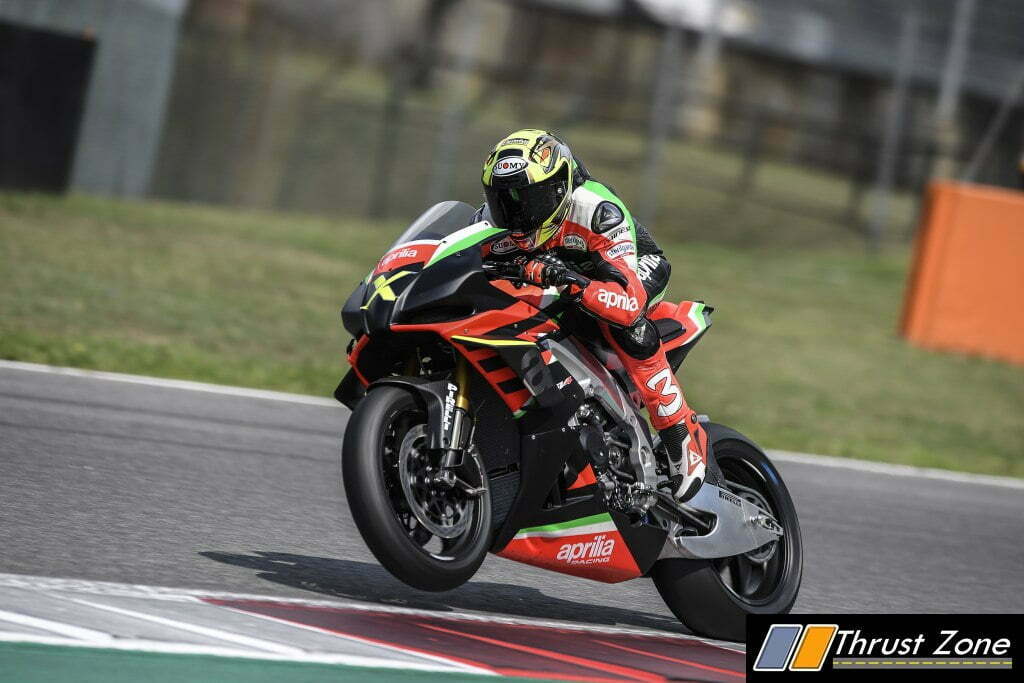 Aprilia RSV4 X, a special celebratory version of the V4 from Noale made by Aprilia Racing in a limited edition of ten units to celebrate the ten-year anniversary of a project that won seven WSBK titles, is being delivered to the lucky buyers of the most exclusive super sport bike.

The “launch” of the RSV4 X deliveries was christened by an exceptional tester, Max Biaggi, who decided to take his RSV4 X out on the track immediately, which confirms that this is a special bike for special enthusiasts. One is also on the way for Andrea Iannone, one of Aprilia’s MotoGP riders. Max and Andrea were among the first to place their orders after testing it at a global sneak peek on 23 March at Mugello during the Aprilia All Stars event, the big festival where 10,000 fans participated.

“Tackling the corners at Mugello astride the RSV4 X is always a fantastic thrill! – the six-time world champion commented after taking to the track on 1 and 2 September – On this bike, the sensations are exactly like those of a racing bike and, as soon as I got on it, I felt like I had never quit racing”.

Built on the base of an Aprilia RSV4 1100 Factory – winner of the major comparative tests organised by the most important motorcycle magazines in the world, thereby reaffirming multiple years of technical leadership – in April, the Aprilia RSV4 X was “sold out” just a few hours after online reservations opened. Now the Noale racing department is ready to open the doors to an exclusive ten lucky buyers so they can take delivery directly in the Factory of the 54 world titles of this valuable gem of Italian engineering, dedicated exclusively to track riding.

The department’s racing experience has been fully harnessed in order to lighten the Aprilia RSV4 X and achieve an exceptional dry weight of 165 kg. Aprilia Racing has selected a series of refined, lightweight components, such as the carbon fairing – enhanced with special dedicated graphics inspired by the livery of the 2019 MotoGP Aprilia RS-GP – as well as a more lightweight tank. Another obvious sports-derived element is the racing panel via which to adjust the main electronic controls of the RSV4 X. There are numerous billet aluminium details, such as the clutch lever, the front brake lever guard, the engine sump guards, the adjustable foot pegs and the upper steering plate, important details that make for a further weight saving. Marchesini forged magnesium wheels magnify the already spectacular handling of the RSV4 and mount Pirelli slick tyres.

The inimitable 1078 cc V4 is prepared directly by Aprilia Racing, the most advanced platform of the Piaggio Group for the development of technology applied to motorcycles. This special preparation involves hand assembly and the subsequent fine-tuning of all tolerances, just as is done for racing engines. The timing system uses new intake camshafts, new valve return springs and relative caps, as well as brand new rounded bucket tappets that allow SBK-derived shafts with more aggressive cam profiles to be used.

The Akrapovic exhaust system features titanium collectors and a carbon outlet, while the air filter has been replaced with a Sprint Filter element, specifically the air filter that offers the highest permeability of those available on the market (as well as being waterproof), the same unit that Aprilia Racing uses in MotoGP. The electronic fine-tuning is guaranteed by a specific ECU mapping. These components ensure an increase in maximum power, from an already excellent 217 HP for the standard model, to an impressive 225 HP. The Aprilia V4 is equipped with the ANN system (Aprilia No Neutral), the gearbox with neutral positioned below first gear that speeds up shifting from first to second and prevents any up-shifting errors. A solution that derives directly from Aprilia’s experience in SBK and MotoGP and that is made available on a model on public sale for the very first time. 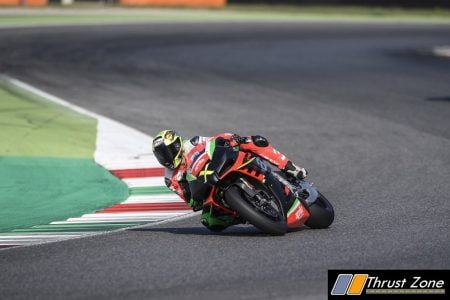 Another world first comes in the shape of the Brembo braking system, the firm having selected the Aprilia RSV4 X for the début of its GP4-MS billet callipers that act on a pair of steel discs with T-Drive technology and are controlled by a 19×16 billet radial pump.

Aprilia RSV4 X is part of the Factory Works programme launched by Aprilia Racing: unique in the world, it takes the technology developed for the Aprilia RSV4, a seven-time Superbike world champion, and makes it available to those planning to compete at high level in production-derived championships or who want a RSV4 with performance optimised for track-use.

For the Aprilia RSV4 1100 Factory, the bike from which the RSV4 X is derived, a wide range of accessories is available to increase its performance even more for track use. High quality parts that bring it very close to the extremely special X version, made in a limited edition of just ten units.

Complete racing exhaust: Akrapovic by Aprilia Racing exhaust system complete with manifolds. The tailpipe is in carbon. Includes the dedicated engine mapping developed by Aprilia Racing.
ECU: Engine control unit dedicated to track use, programmed with racing maps. Specific for non-original exhaust systems (complete or only slip-on).
Components in carbon: fairings, mudguards and heel guards. Made in matte finish carbon fibre. They guarantee a sporty look and a lower overall weight.
Front brake air vents: these are easily installed on the front braking system,reducing temperatures and maintaining the same braking performance in situations of prolonged stress.
Mirror plugs: made from polyethylene, these are applied in place of mirrors when using the bike on the track.
License plate hole cover: made of laser cut aluminium, this is applied after removing the license plate bracket when using the bike on the track.
Inverted racing gear lever: this is a mechanical element that inverts the gear shifting mode in order to improve performance on track.
Aluminium racing levers: made in billet aluminium, they give the bike an even more aggressive look and reduce the weight of the factory component. 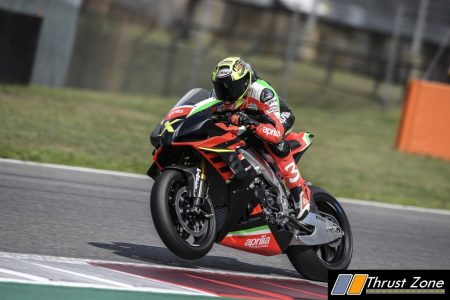