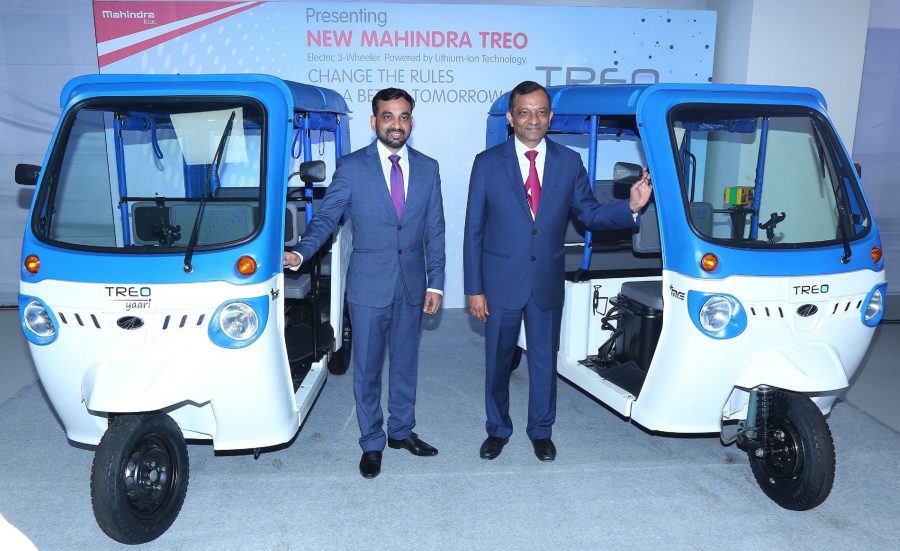 Mahindra Electric Mobility today dedicated to the country its first ever Electric Technology Manufacturing Hub in Karnataka. This new hub aligns with Mahindra’s strong belief in an all-electric future and is based on its Future of Mobility vision of producing Clean, Connected & Convenient vehicles. Mahindra is the pioneer of EV technology in India, and is gearing up to realise this vision with its new, futuristic EV products, concepts and solutions.

This first of its kind, electric vehicle technology manufacturing facility in the EV capital of the country, has been set up with a total investment of Rs. 100 crore. Branded under the umbrella of +ME technologies, the facility will manufacture battery packs, power electronics and motor assembly which are integral part of an electric power train. The plant uses global standards of manufacturing processes and will increase the manufacturing of Mahindra Electric to 25,000 units per annum. The facility will create additional direct employment of around 200 people and some more through the allied services, in the state of Karnataka.

This is the first such project to be cleared by the Department of Industries & Commerce’s SLSWCC since the announcement of Karnataka State Electric Vehicle & Energy Storage Policy in 2017. The company also rolled out its first lithium ion electric 3 wheeler range Treo and Treo Yaari and announced its price, starting at an attractive Rs. 1.36 lakhs ex-showroom Bengaluru, including FAME subsidy.

The Treo range of electric three wheelers use Mahindra Electric’s home grown powertrain and maintenance free Lithium ion battery. The variants include Treo electric auto and Treo Yaari electric rickshaw, both available in the industry first hard top weather proof variants. With the use of exceptional light weighting technologies and composite body panels, the Treo boasts of a certified* range of 170 km (eAuto), directly addressing range anxiety in the market.

It also offers the best in class comfort for passengers with one of the most spacious interiors in the segment and for the driver through its clutch-less, noiseless and vibration free drive, thereby reducing the overall fatigue of the journey. The Treo range is built on an indigenously developed common platform with a view to serve market demands as they scale up.

During the first phase of its launch, the vehicles will be available at select dealerships across Bengaluru and Hyderabad and later in other cities in a phased manner.

EXCLUSIVE! 2019 Fuel Injected Pulsar 220 To Make A Come Back Soon