The Mahindra Marazzo is only offered with a diesel engine right now but the capable MPV could soon see a new petrol version joining the line-up that has been under speculation for years now. The latest set of spy shots emerged online of the Marazzo reveal a new test mule of the car. The images reveal an automatic transmission on the model but the big update will be the addition of a new petrol engine under the hood. Mahindra is expected to plonk its newly-developed 1.5-litre turbo petrol engine from the new mStallion range. 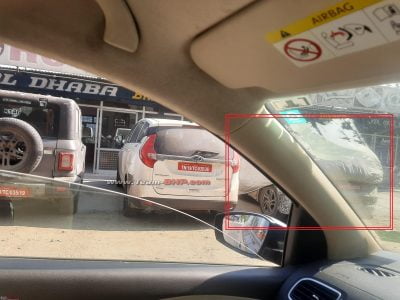 The new engine will be sold alongside the diesel version and will come with both manual and automatic gearbox options. The test mule gets an AutoShift badge on the bottom-left corner of the tailgate that further confirms this development. The new 1.5 mStallion turbocharged petrol engine was first revealed at the 2020 Auto Expo in February. The engine showcased developed 163PS and 280Nm of peak torque. However, power could be detuned in the interest of efficiency on the Marazzo. The new mStallion motor will be mated to an all-new 6-speed manual and a 6-speed automatic transmission from Aisin.

At present, the Mahindra Marazzo diesel uses a BS6-compliant 1.5-litre engine that puts out 123PS at 3,500RPM and 300Nm at 1,750-2,500RPM. It comes paired with a 6-speed manual gearbox. ApartApart from the new engine, expect the Mahindra Marazzo facelift to come with revised styling, improved interiors and new features. The infotainment system is likely to see am upgrade as well to keep up with newer tech available in the company’s portfolio. 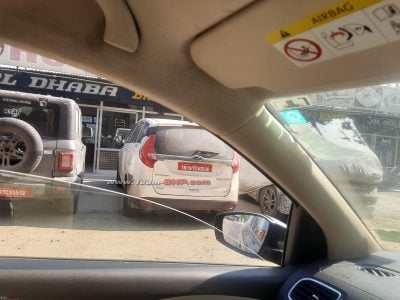 The petrol version will also make the Mahindra Marazzo more accessible at a lower price point to customers, allowing it to compete with the petrol-only Maruti Suzuki Ertiga, apart from the Toyota Innova Crysta. The car will also face competition from the upcoming MPV that is currently being developed by Kia and Hyundai for the Indian market.