Next Generation 2020 Hyundai i20 Spied At Dealership Inside Out – Ready For Launch! 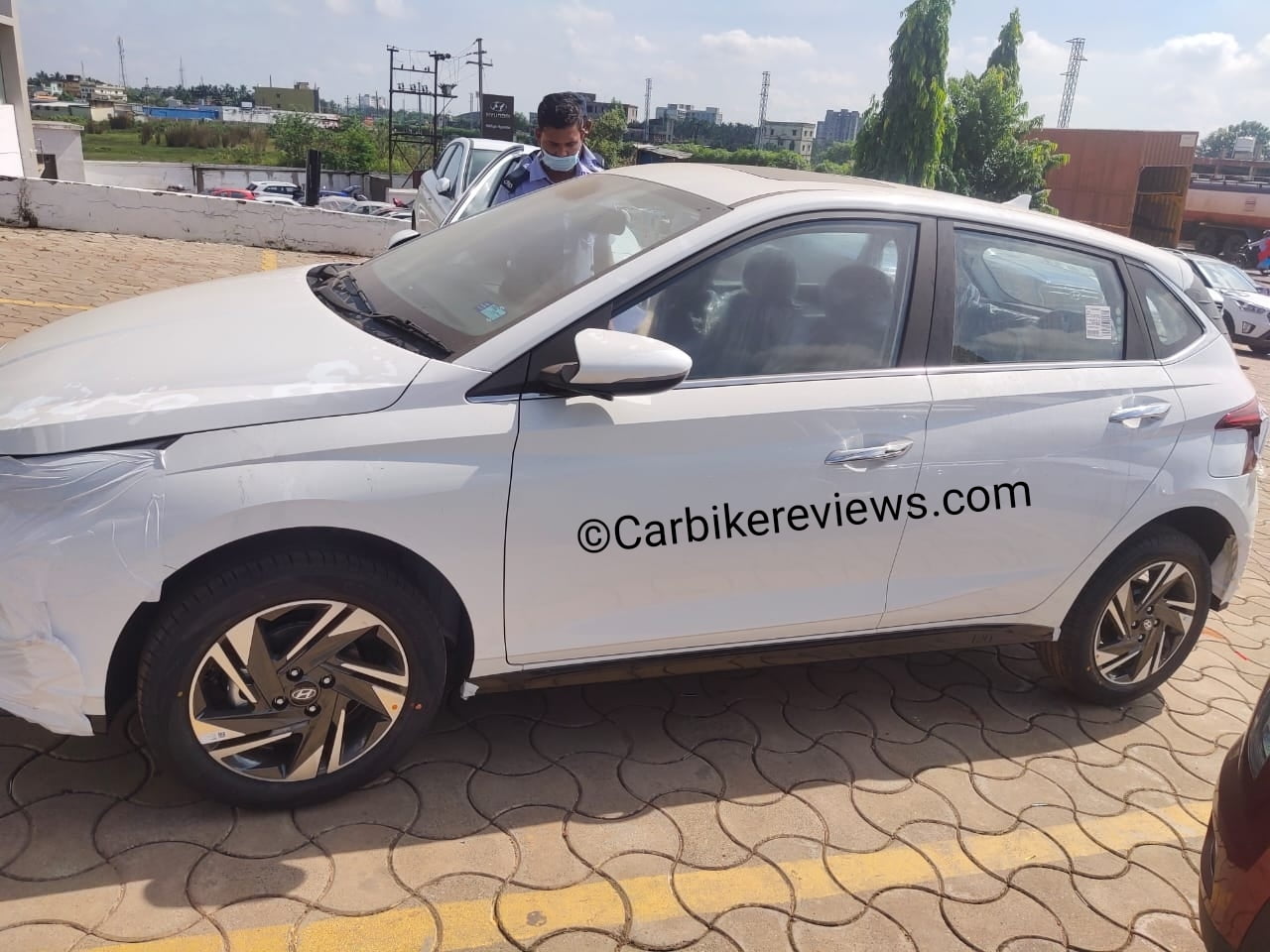 2020 Hyundai i20 Spied For The First Time could get the turbo petrol motor from the Venue along with the DCT. All engines are BS6

Iterations after iterations we’ve seen the Hyundai i20 evolve with its own pace. The sales figures have evidently been in favour of the brand. Well, the new Hyundai i20 has just been spied at the dealership makes it ready for launch very soon. 2020 Hyundai i20 carries no visuals from its predecessor and appears to be very appealing, a stance similar to the European ones. With a new makeover and the refinement inside and out, 2020 Hyundai i20 should be a very interesting take on its rivals such as the Honda Jazz, Maruti Baleno, Toyota Glanza and the brilliant Tata Altroz.

Carrying the DNA of its predecessor, the new i20 sits wide and low to the ground and without any doubt receives freshly designed LED headlights and taillights. The bodywork has noticeable changes like the elimination of rear quarter panel for undistorted visibility. The ORVMs stick more on purpose-built side justified by the sleekness. On the contrary, a few parts share their identity to some degree with the outgoing model, likes of the tailgate and the beltline.

Given the fact that Hyundai is well known for its revolution in the segment, there are quite some changes in the new i20 which we have seen in the European reveal. Some of those being brand new Audi A6 inspired dashboard and steering wheel, better infotainment system with the Blue link, more comfortable seats, some key features borrowed straight from the Hyundai Verna such as the instrument cluster. Lack of space continues in knee and shoulder room area and it isn’t spacious as any of its rivals as the pictures suggest. The Indian audience all-time favourite sunroof can be seen in pictures. The 2020 Hyundai i20 will pack in but obviously a BS-VI compliant engine with numbers similar to the previous one. The petrol variant with a 1.2L N/A engine squeezing out 83ps and the Diesel variant with a 1.4L turbocharged engine making 90ps. The Petrol engine will be mated with a 5-speed manual transmission or optional CVT whereas the Diesel will only be mated with a 6-speed manual transmission. 2020 Hyundai i20 can possibly make enough room for Hyundai’s N line up entry in the Indian car market and present N variant Hyundai cars.

Whatever We Know About The Upcoming 2021 Jaguar J-Pace SUV

4 Million TVS Apache On The Road Since Inception – Know The Journey!

Kia Sonet Bookings Reach 50,000 In One Month Since Launch!