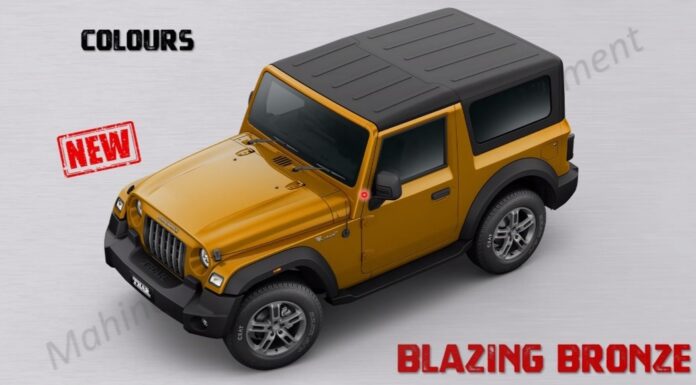 The popular Mahindra Thar received a big bump in specifications, looks and performance with the new generation but it also got a lot more expensive. Mahindra could address the latter issue soon with a more affordable version of the off-roader set to hit the markets soon. According to recent reports, the Thar is expected to get a new entry-level rear-wheel drive variant with a new 1.5-litre diesel engine.

This will be a big update on the off-roader that will not only miss out on the expensive 4×4 system but also qualify in a lower tax bracket for SUVs. Do remember, the Thar is a sub-4-metre offering but cannot enjoy the tax savings for subcompact vehicles due to its larger engine capacity. However, a 1.5-litre motor fits right into the new definition cited by the GST council and should make for a sub Rs 10 lakh (ex-showroom) price on the Thar. This could also be seen as a move to entice newer buyers towards the off-roader who would be waiting for the Suzuki Jimny’s imminent arrival in a few weeks. 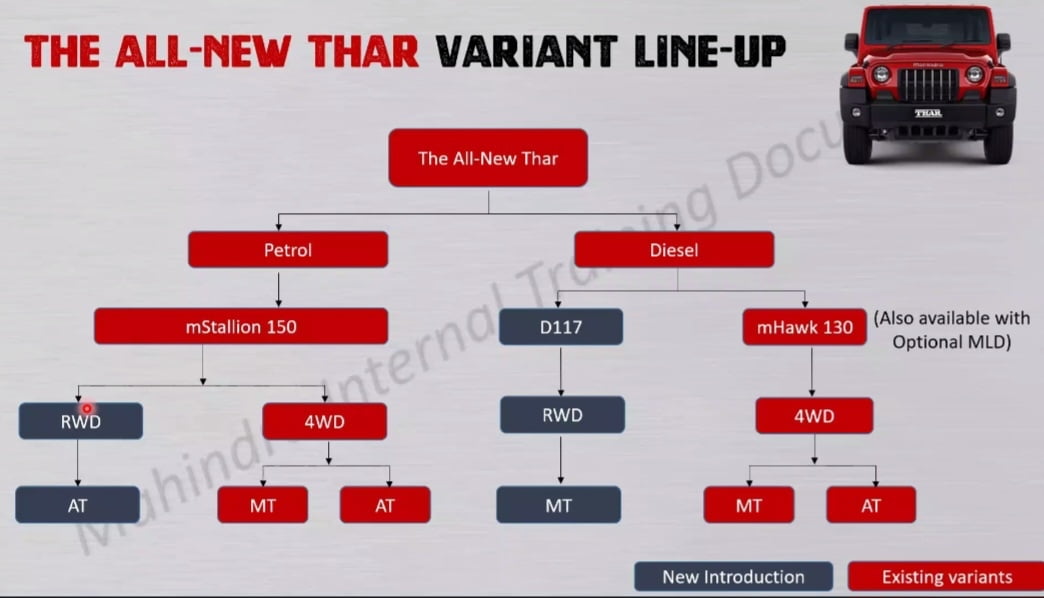 The engine in question will be the 1.5-litre oil burner from the Marazzo. The motor here now belts out about 117PS and 300 Nm of peak torque. It is paired with a 5-speed manual gearbox only and no automatic. With the absence of 4×4 and other creature comforts seen on the bigger variants, Mahindra will be able to price this entry-level trim more competitively. It also gets steel wheels, should the automaker want to bring down prices even further. The steel wheels were previously available on the AX variant, which was later discontinued owing to low demand for the Thar. 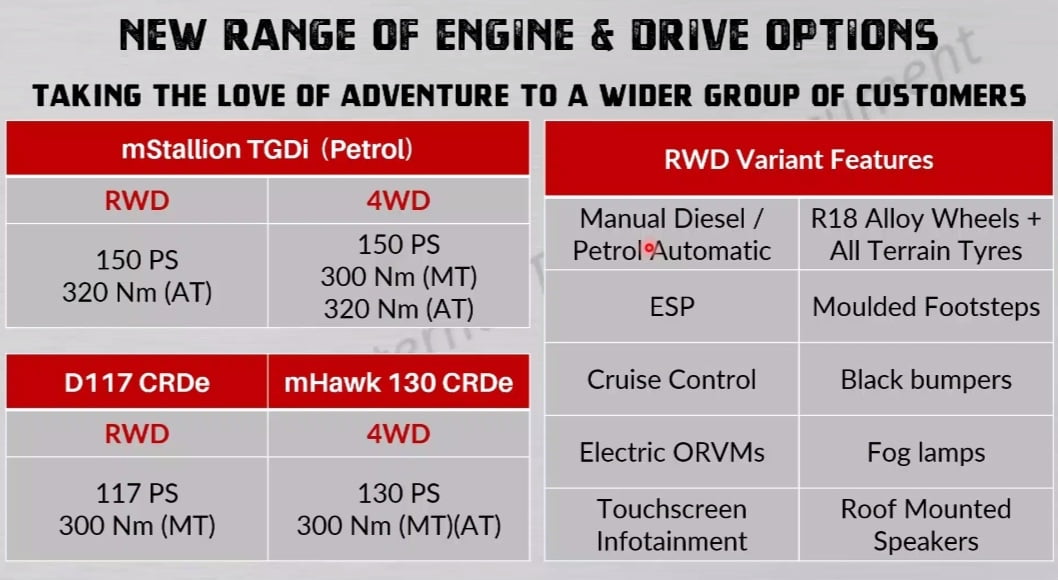 Apart from the RWD diesel version, Mahindra Thar 2WD will continue to use the 2.0-litre turbo petrol motor but with only the 6-speed automatic gearbox on offer. This would be a direct rival to the entry variants of the Suzuki Jimny five-door that’s expected to arrive with the 1.5-litre K-Series petrol engine with about 104PS on offer and a 5-speed gearbox. Thar will make 150 PS of power and 300 Nm of torque. 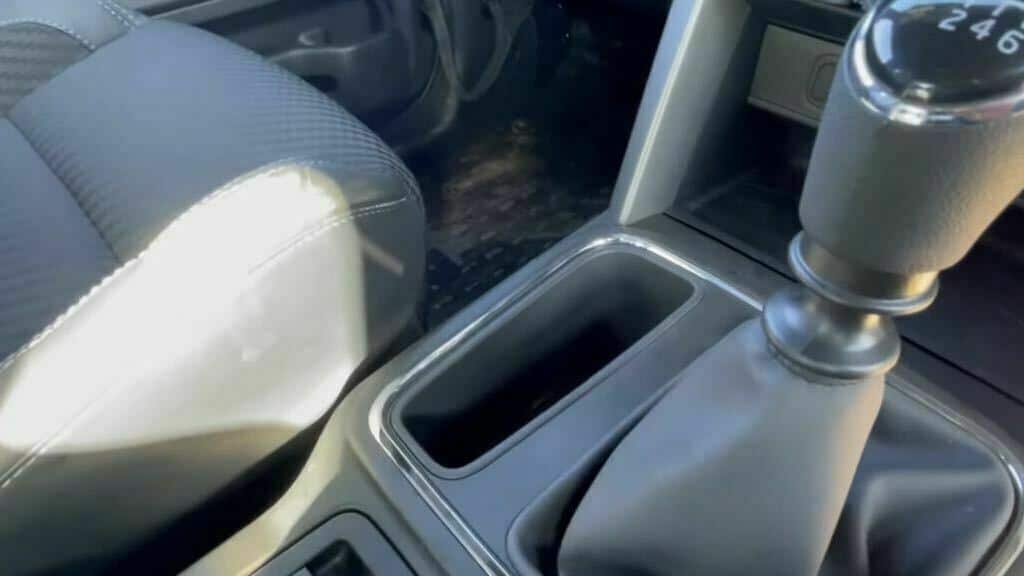 Reports suggest that the Thar 2WD diesel could arrive as early as January. Considering Mahindra won’t be participating in the 2023 Auto Expo, the automaker may want to snatch some limelight from the Jimny with its own announcement. This should make for an interesting comparison.