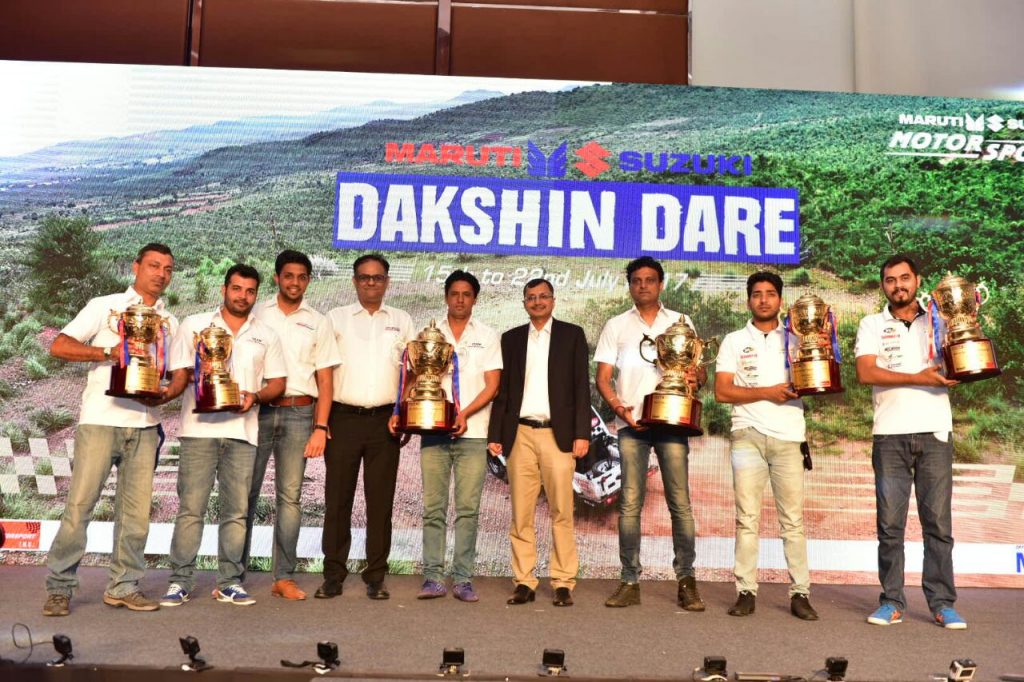 Maruti Suzuki has been actively promoting motorsports in the country for over 19 years now. To popularize the sport, Maruti Suzuki motorsport calendar is packed with exciting motoring events. Be it for a motorsport enthusiast, an amateur or a professional, there are events that offer the joy of motorsport to one and all.

Today, the Dakshin Dare Ninth Edition, which is the annual southern motor-sports rally, concluded in a grand finale in Pune on Saturday with Team Maruti Suzuki’s Suresh Rana and Ashwin Naik winning the Ultimate Cars group and T Nataraj in Ultimate Bikes.

Bringing in more challenges and a new route, the 9th edition of the rally witnessed participants traversing through the terrains of Chitradurga and Belgaum in South India before finally entering West for the first time through Kolhapur and crossing the finish line in Pune. The six-day event which was flagged off from Bengaluru last Sunday, saw over 180 participants competing with each other to win the coveted title covering about 2000 kms.

Over the last 9 years, Dakshin Dare has grown tremendously and been able to gain a strong foothold in the motorsports community in South India. The increasing number of participation from across the country along with the longest rally route are testimonial to the claims.

In the Endurance group, Swift driven by Subir Roy & Nirav Mehta led the group followed by S-Cross driven by Karthick Maruthi & Sankar S Anand and Raghu Nandan & Prakash M by making it to the finishing line.

Volvo XC40 Teased And It is Teaser Like No Other – Germans Can Learn This Time!