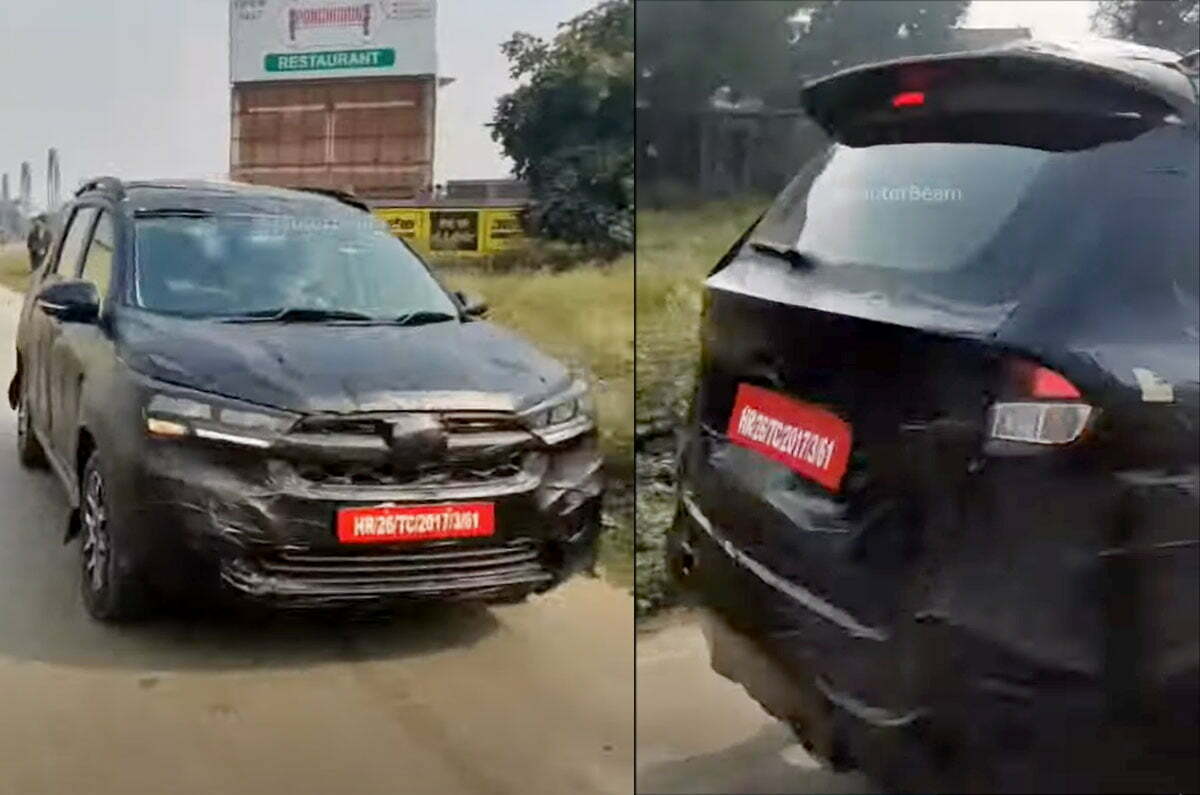 Maruti Suzuki plans to have a very busy 2022. The company has a number of products lined up for update, after taking a break for nearly two years with product launches. While we recently brought you images of the new-generation Vitara Brezza completely undisguised, the automaker has now begun testing the XL6 facelift that is likely to arrive sometime next year.

This will be the first comprehensive update for the Maruti Suzuki XL6 ever since it first went on sale in 2019. It is the more premium version of the Ertiga with a six-seater layout. The spy shots suggest a bolder front design with a wider and larger grille, while the bumper has been tweaked as well. The model gets similar headlamps as the current version with the LED DRLs splitting it in the centre. The test mule also got new alloy wheels that were first seen on the XL7 sold in other South East Asian markets. The new alloys could be offered on the facelift. The camouflaged mule offers little details on what changes we can expect on the side and rear profiles.

There’s no word on the upgrades to the cabin but we could see a revised dashboard along the lines of the Baleno facelift and the new-generation Vitara Brezza. It could gets a floating style unit with a gloss-black bezel among other upgrades. Speculations also suggest that Maruti Suzuki could bring a seven-seater version, much like the international version to improve the model’s appeal to private buyers. Also expect to see new upholstery, colour options and an updated list of features as well.

Engine options will remain the same with power coming from the 1.5-litre four-cylinder naturally-aspirated petrol engine tuned for 105PS and 138Nm. The model will continue to get the 5-speed manual and 4-speed torque converter gearbox options.

Multi-seater options are aplenty now and the Maruti Suzuki XL6 facelift will fair better against rivals like the Mahindra Marazzo, Hyundai Alcazar, Toyota Innova Crysta, and the lower variants of the Mahindra XUV700.

Apart from the Maruti Suzuki XL6 facelift, Maruti Suzuki will have a busy 2022 with the Baleno facelift, next-generation Vitara Brezza, new-generation Alto among other models lined up for launch. The company could also bring CNG variants on more cars, in keeping with the high fuel prices.

The Yezdi Madmen – The Motorcyclists That Kept Yezdi Alive For Decades