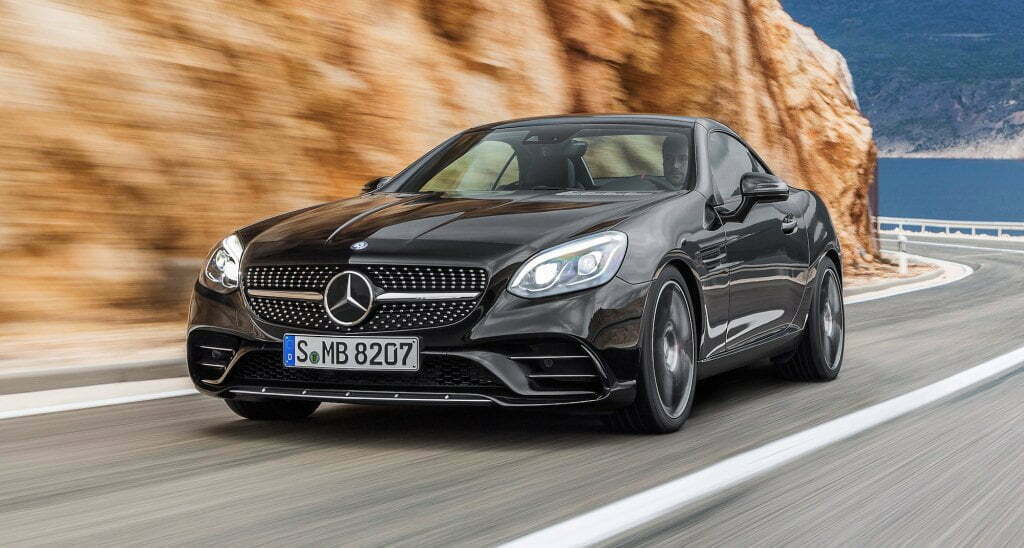 There is no stopping Mercedes-Benz in India. They have launched products back to back since 1.5 years now. Every year they launch to launch products north of 15 units and they did that in the year 2015. This year, in 2016, they plan to do the same. No fix numbers though, but today, there is another launch. Mercedes-AMG has just launched the SLC 43 AMG sports car in the Indian market. The sports car was previously known as the SLK, but since the change in nomenclature the new name is SLC because the new sports car is based on the C-Class platform. SLC 43 AMG on the inside and outside is all new as well.

Based on the C-Class platform that has been revised, the new car also has a new AMG engine. The 3.0 l V6 Biturbo engine which make 370 PS of power and 520 Nm of torque from its engine. Numbers are down then before, but slightly. The horsepower and torque though are now made lower in rev range because its a turbo engine. 0-100 km/hr is done in 4.7 seconds. The SLC 43 AMG now also comes with a new gearbox. The 9-speed unit that we see in all new cars from Mercedes, which is finally better than the older 7-speed dual clutch, makes its way to this new sports car as well.

Interiors remain the same of the car as before with subtle changes. New additions to the feature list include Android Auto and Apple Car Play. Car weighs in at a light 1595 kgs and has a limited top speed of 250 km/hr. The engine is EURO 6 compliant. Boot space stands at 335 litres. The car rides on 17 and 18-inch wheels. 235/35/18 at the front and 245/40/18 at the rear. The sports car with an AMG badge seems to be priced well too. At 77.5 ex-showroom Delhi and being offered with the new service pack, which cost 84,000, the sports car is an ideal purchase to cut the check for in the market today.