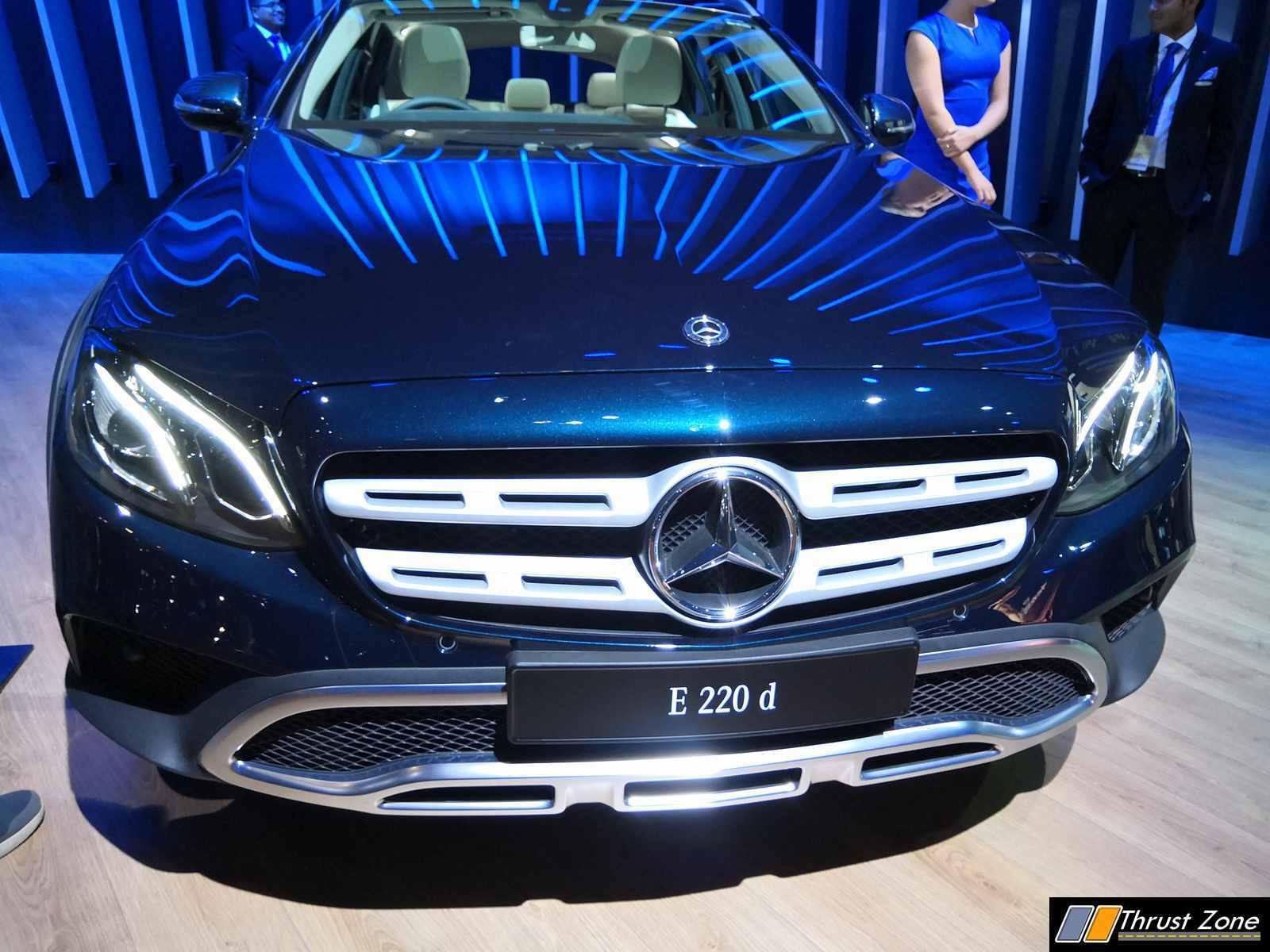 The All-Terrain E-Class is Mercedes’s latest off-road vehicle that the company has to offer. This vehicle was carefully designed by an engineer and an off roading enthusiast and a team of engineers.

The project took a few months to create as the design engineer Jurgen Eberle told the sources that they had aimed to find out if a similar car could be created with the G 500 4X42 ‘s portal axles grafted on instead of the standard E-Class All-Terrain’s multi-link setup. And after heading an ambitious team they resulted in the E Class All Terrain with more than double ground clearance which is 420mm whereas in the standard car its 160mm. The wading depth is 500mm just a 100mm shy of the g class 600mm. The standard all terrain’s wading depth is 280mm.

The most attractive point of the car is the wheels which are 20 inch shod with 285/50 R20 off-road tires that have been sourced from the R class, compared to the 245/45 R19 found on the standard car. Special wheel arc extenders had to be 3D printed and attached to the car to accommodate these huge wheels hence resulting in an increase in width by almost 200mm.

In the standard car they used rubber and plastic suspension but for this giant they were ditched for Uniball motorsports bearings. Eberle told the sources that when he had a problem with the network he colleagues and friends came to his rescue. In fact, he took help from a friend at AMG to modify the driveshaft geometry to make it compatible with the mod made in this car.

Under the hood is the standard 194 horsepower, 4 cylinder diesel engine, mated to a 9G- Tronic nine-speed automatic gearbox. The standard Mercedes 4Matic all-wheel-drive system has been maintained for this model. The car is set to go head on against the likes of the Volvo V90 Cross Country!

Riding In North Korea Video Is Something You Shouldn’t Miss. The Good Side Of Non-Modernization