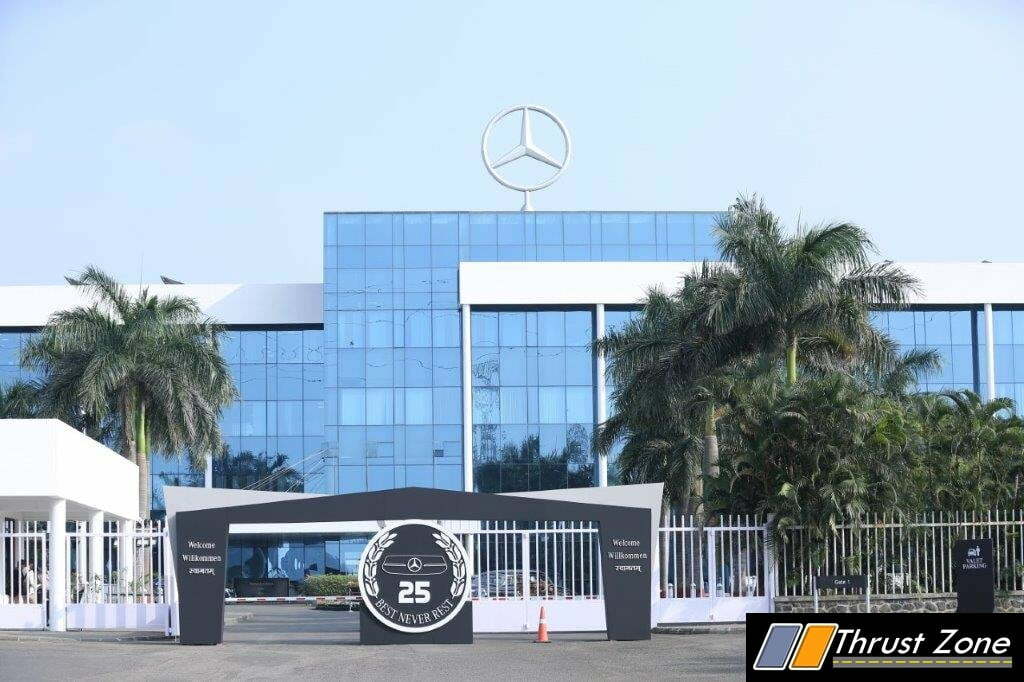 The local assembly in Pune sets assembly standards inflexibility: nine different models are built under one roof. The Mercedes-Benz portfolio manufactured in Pune includes: the sedan of the C-Class, E-Class, S-Class and CLA Coupé as well as Maybach S-Class and the SUVs GLA, GLC, GLE and GLS.The plant is equipped with Virtual Reality technology and other state-of-the-art digital manufacturing technologies which will be roll-out to other assembly plants worldwide.“25 years –that’s how long we have been assembling locally in India. To produce, where our customers are located, distinguishes our Mercedes-Benz Cars global production network:

A maximum of flexibility, state-of-the-art digital technology and passionate people. As the country’s largest luxury carmaker, both anniversaries celebrated this year are significant landmarks for us, the region of Pune and an important sign for the local luxury car market in India”, states Jörg Burzer, Member of the Board of Management of Mercedes-Benz AG, Production and Supply Chain Management.

Stuttgart/Pune.25 years of “Made in India”:This year marks two major milestones for the local success story of Mercedes-Benz Cars assembly in India. As a pioneer of the luxury regional car market, twenty-five years ago, the local production of Mercedes-Benz Cars started and the business unit Mercedes-Benz India was founded in the same year. The second celebration taking place in 2019 is the ten year anniversary of the independent Mercedes-Benz plant in Pune. “25 years –that’s how long we have been assembling locally in India.

To produce, where our customers are located, distinguishes our Mercedes-Benz Cars global production network: A maximum of flexibility, state-of-the-art digital technology and passionate people. As the country’s largest luxury carmaker, both anniversaries celebrated this year are significant landmarks for us, the region of Pune and an important sign for the local luxury car market in India”, states Jörg Burzer, Member of the Board of Management of Mercedes-Benz AG, Production and Supply Chain Management.

Since the local assembly of Mercedes-Benz Cars was set-up in Chakan, Pune and Mercedes-Benz India was established,many milestones have been reached and premiers for the assembly have taken place: One major step was realized ten years ago, when Mercedes-Benz Cars opened its first independent plant in Chakan-Pune. Spread over 100 acres, 730 people work at the plant where ‘Made in India’ Mercedes-Benz passenger cars are built today. The plant plays an important role in the global production network of Mercedes-Benz Cars, itslocal assembly sets standards in many aspects: The plant incorporates state-of-the-art digital technologies, works highly flexible and efficient and has a people-focussed manufacturing process.

Moreover, the plant has a high competence for the local Indian market: As the country’s largest luxury carmaker, from January to September 2019 Mercedes-Benz India maintained its market leadership in the luxury car market in India.“From its humble beginning 25 years back to its current position of strength of being a leading local assembly plant in the global production network, Mercedes-Benz India has successfully established the prowess of local manufacturing in India. Our state-of-art manufacturing facility is the backbone of our growth story in India and serves a very important role within the network, especially for setting up a new local assembly facility or ramp up of series production across geographies. With the advent of new technologies and digitization in the automobile industry in India, Mercedes-Benz has already been pioneering digitization in vehicle manufacturing and is well poised to become future ready by rapidly adapting such future trends,”commented Piyush Arora, Executive Director, Operations, Mercedes-Benz India.

Today the local assembly in Pune manufactures a large variety of vehicles and sets standards in flexibility. All models built in India are assembled under one roof and the production facilities comprises the largest capacity for any luxury car maker in India today. The nine models assembled in the plant are produced on flexible lines, which implies that different kind of models are running off one production line. The Mercedes-Benz portfolio produced in Pune comprises a wide range of models: the sedan of the C-Class, E-Class, S-Class and CLA Coupé as well as Maybach S-Class and the SUVs GLA, GLC, GLE and GLS. The Indian plant and workers are also known for their knowhow and flexible engagement at other global manufacturing plants. Support in ramp-up of series production and trainer teams are offered and provided to other local assemblies. With this contribution to the global teamwork of Mercedes-Benz Cars production, the plant in India serves a very important function, especially when a new local assembly facility or lines are set up.

Within the Mercedes-Benz production network, the plant is leading the implementation of digital technologies. Comprehensive applications featuring digital dashboards are being used: digital dashboards are implemented for management reviews and a growing number of them are installed on the manufacturing floor, on its way to a paperless factory. Together with the Mercedes-Benz quality management assurance system Quality Live and other digital tools, it will be integrated in the future digital platform MO360. MO360 will be rolled out globally until 2020.

The success story is only possible with the well-educated and highly engaged work force. Through a great number of training opportunities in many different areas, like digitalization and advanced training for new model series, the employees at the Pune plant are constantly being qualified further. This includes for example classes in different foreign languages and international training programs.

“Completion of 25 years for Mercedes-Benz is a significant milestone and is a tribute to our customers who have been appreciating our products and services and the unparalleled luxury brand experience associated with Mercedes-Benz. This success is also a result of the relentless contribution of passionate people behind the brand, which includes our employees, dealer partners, their teams and our suppliers. We have one of the best teams working for the Three Pointed Star who are highly involved and eager to create new benchmark in their areas of work” says Martin Schwenk, Managing Director & CEO of Mercedes-Benz India.

Mercedes-Benz Cars Operations (MO) is responsible for passenger car production in over 30 locations worldwide. Two of them are currently being established. Within a flexible and efficient production network with around 78,000 employees, it includes the central functions of production planning, technology factory, logistics and quality management. The network is structured around the product architectures front-wheel drive (compact cars) and rear-wheel drive (e.g. sedan of S-Class, E-Class and C-Class), as well as the SUV and sports car architectures.

There is also a production network for the powertrain (engines, transmissions, axles, components). At the centre of each architecture production network is a lead plant that serves as a centre of competence for new product start-ups, technology and quality assurance. Mercedes-Benz Cars is ready for electro mobility: Electro-hubs are currently being established around the globe for the production of electric cars and batteries. 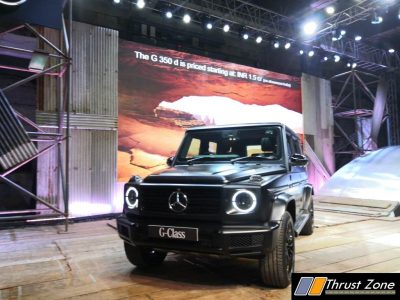 The focus of the day-to-day work is on the continuous improvement and advancement of modern production processes that make efficient, flexible and environment-friendly production of future hi-tech vehicles with Mercedes-Benz quality possible. The focus is on the employees with their expertise and on supporting their work through specific ergonomic design of the workplace and intelligent automation. In addition to their own production plants, Mercedes-Benz increasingly relies on cooperative ventures as part of the growth trajectory.