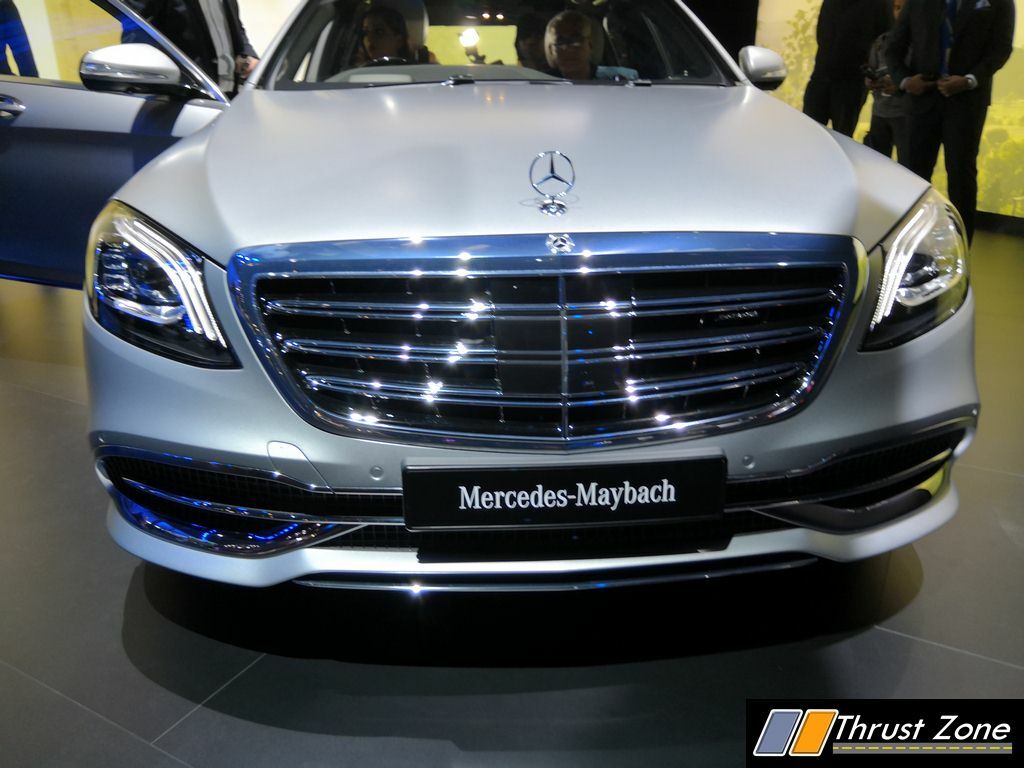 Mercedes has announced this year’s line-up for the 2018 Auto expo and one of its main highlights will be the Maybach S650. Basically, it will be revealing the face-lifted S class from top to bottom and also to show that Mercedes is a one of a kind car when it comes to extra luxurious luxury for those who like to be a cut above.

Before we tell you more about the car let’s look at the history. As you all know there was a face-lifted S Class which was introduced in the mid of 2017. This car was an updated version of the S class that was launched in 2013. When the sixth gen was out Mercedes had already moved to a new platform, design philosophy and last but not the least new tech to bring the flagship into a new decade.

Now after 4 years of the generation change the face-lifted S class gets a new grille, head lamps, tail lamps and re- profiled bumpers. Inside the digital displays on the dash board have been enlarged while the signature 2 spoke steering wheel have been replaced by a 3 spoke new gen wheel. In terms of comfort and safety, the feature list has been expanded. And for the first time with autonomous driver technology.

It is almost the same story with the Maybach models that are coming to India and more specifically the s650. The face looks completely new, thanks to the revised grille, tri-split LED headlamps and bumpers. The length of the Maybach is 5.4 meters. The rear of the car is been updated by adding re profiled bumpers and tail lamps.

Coming to the exciting part of the car, which is the engine. This car is powered by a 630 bhp bi-turbo V12 petrol engine, which displaces 6000cc. With 1000 Nm of torque, the S650 shares the power train with 65 AMG and is one of the most powerful cars on offer. The price of the car is Rs. 1.94 Crores.