Yes! The much awaited R15 V3 is finally here. 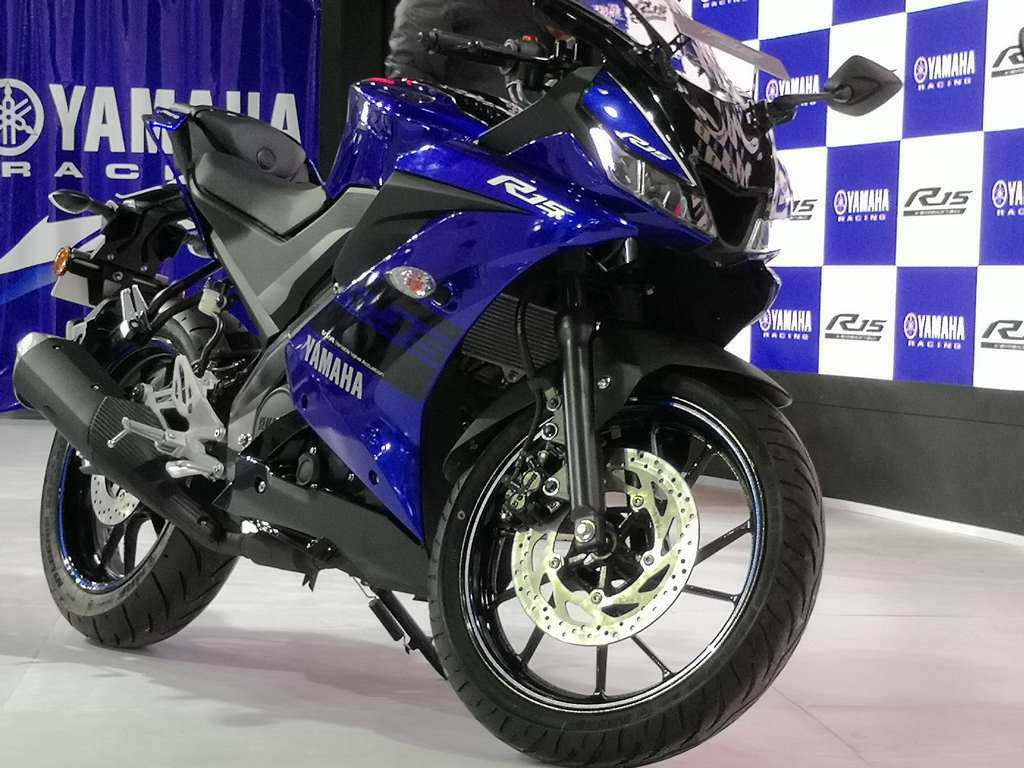 Post the quite successful consignment of the two versions of the R15 in India, Yamaha is all set to unleash its R15 V3 in the desi market. The fully-faired sport-chopper is already on sale in global trade venues like Vietnam and Indonesia where, there are considerable improvisations of the vehicle’s exterior, quite appreciable when compared to the R15 V2. Yamaha R15 V3 will be launched in quite a few days and it will soon be available for sale in the Indian market.

The Yamaha dealer has announced that the R15 V3 will bear a price tag of Rupees 1.2 lakhs, which is absolutely the same as the trending version and it’s just not trustable. It is also expected that the R15 V3 will be bestowed with an all new 155cc, liquid-cooled VVA engine which is capable of grinding out 19 BHP of power and 14.7 Nm of torque. Although the retailer has stated that the engine displacement to be around 149.8cc (same as R15 V2) with an elevated power and torque figures of 19 BHP and 17 Nm respectively. If the dealer is to be trusted, the engine gives out a fuel efficiency of 40 km/l even in this state of tune. 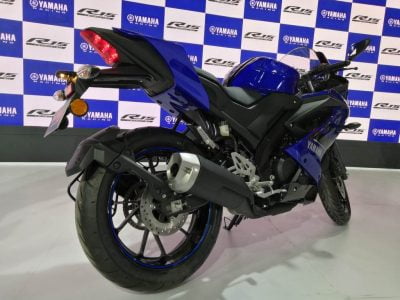 From the clicks of the prototype choppers identified recently in India, it is well evident that the India-bound R15 V3 will lack USD forks, ABS, IRC tyres and sturdy aluminium foot-pegs to have an eye on the price tag. Alternatively, the India-spec R15 V3 dons telescopic forks up front and a mono-shock at the rear. Also, the dealer has stated about the presence of ABS breaking system available on the R15 V3, which is very much obvious because ABS will soon be made compulsory. Yet, it still remains a doubt as to whether Yamaha would be ready to incorporate it.

The motorcycle will proudly don an improved braking system with larger disc rotors of dimensions 282 mm in the front and 240 mm at the rear than the R15 V2. In addition to this, Yamaha has also planned to release this bike in three vibrant colours. They are, Black Raven, Matte Red and Race Blue. The tweaked version will also bear LED headlamps and a complete digital instrument console. Some of the Yamaha dealers have already begun registering bookings unofficially.