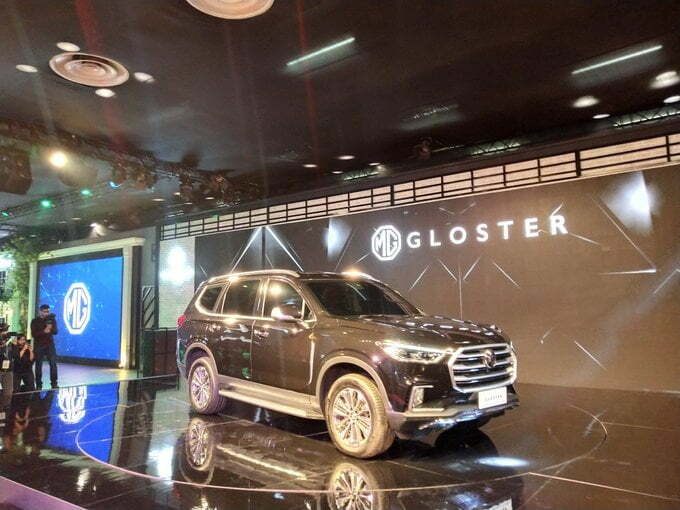 Maxus, owned by SAIC Motor Corporation Limited was testing its D90 SUV for a possible launch in the Indian market. The product is now finalized and will be launched under the MG brand and as the Gloster is to be pitted against the likes of Ford Endeavour, Mahindra Alturas, Isuzu MUX and Toyota Fortuner. MG Gloster India launch is on cards has been finally teased by MG Motor in India via a video claiming to offer the best of automotive technology.

Going by dimensions, MG Gloster is humongous in size – more than 5 meters in length, 1.93 meters in width, and 1.87 meters in height. MG Gloster comes underpinned by T60’s ladder-frame chassis and with 2950 mm of the wheelbase; it is good enough to give size complex to its rivals. In fact, going by dimensions the SUV can easily rival Toyota Land Cruiser. Although its expected price is likely to make it a competitor of Endeavour and Fortuner.

Even on the equipment front, MG Gloster India version is set to be fully-loaded with features – some of the prominent worth mentioning include 21-inch alloys, panoramic sunroof, adaptive LED headlights, large 12.3” touch screen infotainment system, 8-way electrically adjustable driver seat, 4-way lumbar support system, and 8” driver information system. MG Gloster will offer the SUV in a number of seating layouts although the Indian market, the SUV is expected to come with two-two-three and two-three-three layouts.

Under the hood, the force will be generated by a 2.0-liter turbocharged diesel engine under the hood which will make power and torque than the MG Hector and. There will be an automatic transmission option with 8-speed. The SUV will feature an optional All-wheel Drive (AWD) system, drive modes and traction modes.

MG Gloster Indian model will be offered through the route of CKD kit and will be assembled here in India to save on the import duty. The prices are expected to be around Rs. 25-30 lakh which is quite competitive. Only if MG sticks to this price tag it can dent this extremely competitive market.