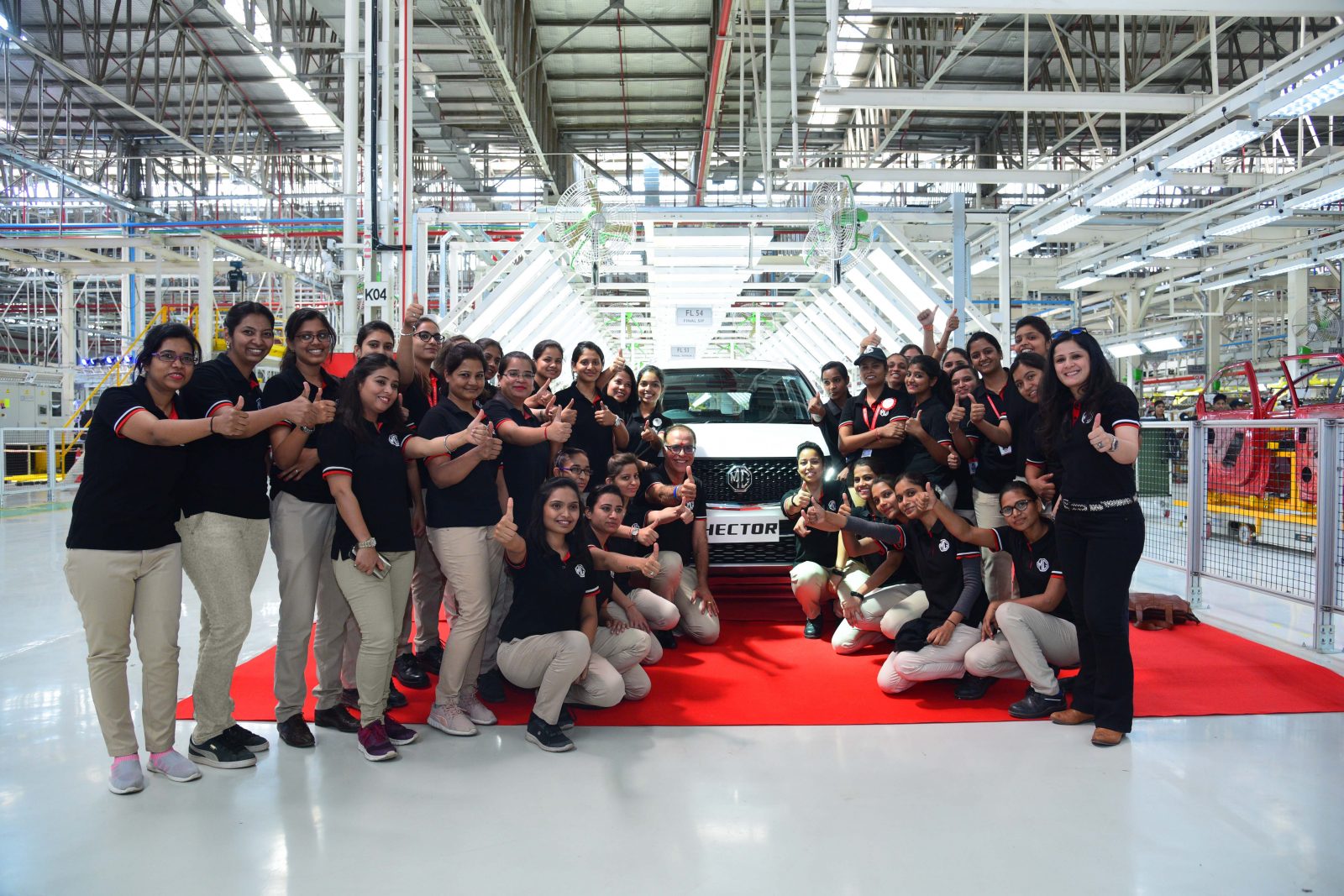 MG (Morris Garages) Motor India today rolled out the first production version of Hector from its state-of-the-art facility at Halol in Gujarat. Hector, MG’s first car in India, has gone into commercial production after one million kilometres of testing in diverse road and climatic conditions across India. With extensive localisation, more than 300+ India specific changes have been carried out in the MG Hector to suit the customer preferences and road conditions.

MG Motor India will begin shipments of the Hector SUV within the next few weeks to its widespread network of 65 showrooms across 50 cities. The Hector SUV will make its global debut on 15th May and pre-orders will begin in the month of June.

MG India has so far invested INR 2,200 crores in its Gujarat manufacturing plant to roll out the much-awaited MG Hector. The company has set up new assembly line, new press shop, new body shop, new parts distribution centre, testing track and a state-of-the-art training facility in the plant, within a short span of 18 months. MG’s Halol plant currently has a production capacity of 80,000 units per annum and has the provision to increase the capacity going forward depending upon the requirement. The plant operates conforming to world-class manufacturing standards following production parameters beyond the current norm, with the vehicles undergoing various stringent quality tests. Further underlining its commitment to creating products specifically for India, the carmaker had also set up a captive vendor park at its plant. 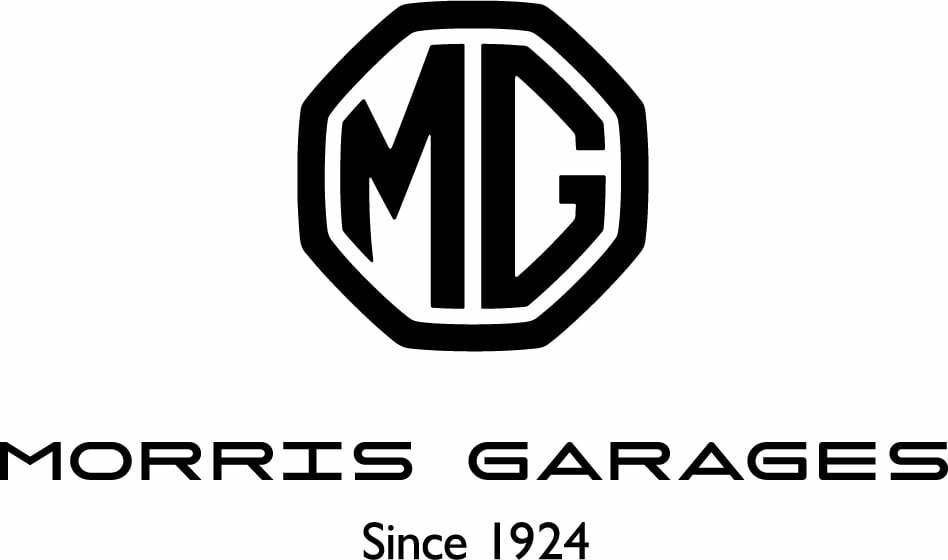 The next-gen iSMART technology promises to deliver safe, connected, and fun experiences to customers as India’s first internet car, with a segment-best 10.4-inch touchscreen. The SUV comes with revolutionary Over the Air (OTA) technology, allowing customers to update software, features, themes, and infotainment content, when the updates are available.

MG Motor India is a future-ready organization that is setting industry benchmarks in terms of young & smart work culture and diversity – female employees already account for 31 percent of the company’s total workforce of 1,000 employees. With a focus on four key organizational pillars – innovation, safety, experiences and diversity; the carmaker has built a strong foundation for its future operations. The company has recently invested INR 150 crore towards the purchase of its brand-new corporate office in Gurgaon. 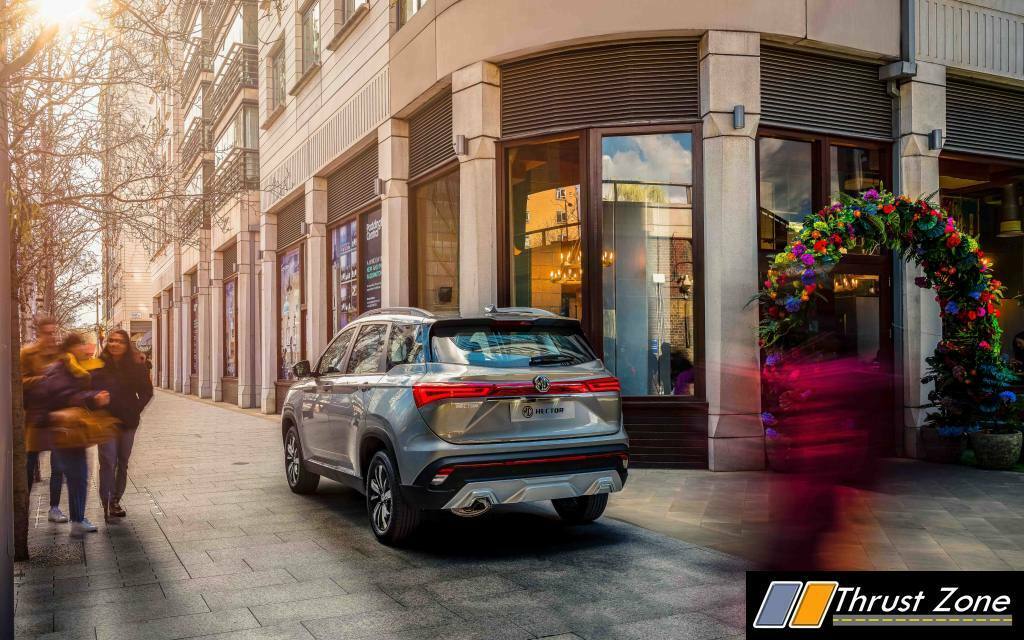 Quick history of the MG Hector, it draws its inspiration from the noble qualities of the Trojan warrior hero – Prince HECTOR of Troy. HECTOR’ stands for everything Strong, Bold yet Trustworthy and Dependable. There is also a deeper connection to its engineering and heroic references, as the name seeks to demonstrate the design influence of these values, as exhibited by the geometrical cuts and design of the MG SUV. 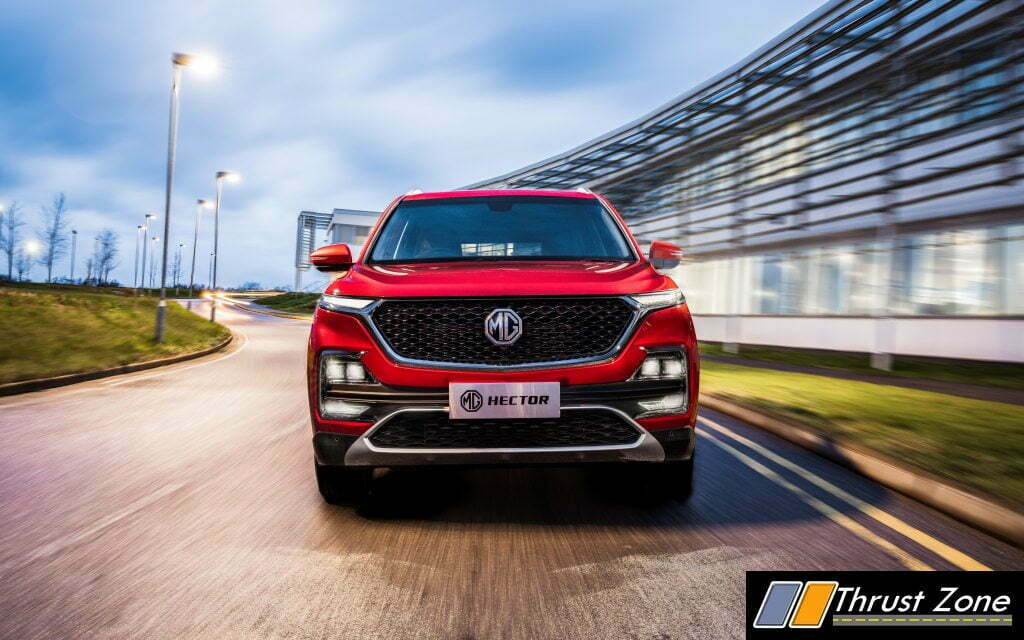 MG Hector also pays homage to great British engineering tradition, as a nod to the Royal HECTOR biplane, used by the Royal Air Force in the 1930s. MG HECTOR will go in to production in Q2 2019 at the company’s state-of-the-art manufacturing facility in Halol, Gujarat. With over 75% localisation levels to begin with the company aims to enter the growing premium SUV segment with a best-in-class offering that sets a new benchmark in its segment. It’s already being called the internet of cars with massive Tesla like touch screen in between.

The carmaker had already started showcasing its global vehicles across 10 major cities in India to get closer to its prospective customers. The company has also recently revamped its website www.mgmotor.co.in by making it an experience cloud for its users, through which customers can learn more about the iconic British brand and stay tuned for more updates on the upcoming HECTOR SUV. The engines and platform are unknown for now. There should petrol and diesel engine options along with automatic and manual gearboxes to choose from. The interior should get all the latest features and may be something new to attract customers.