[Video] MG Hector SUV India Unveil Done, Launch in June – Will It Shake Up The Segment With Its Price? 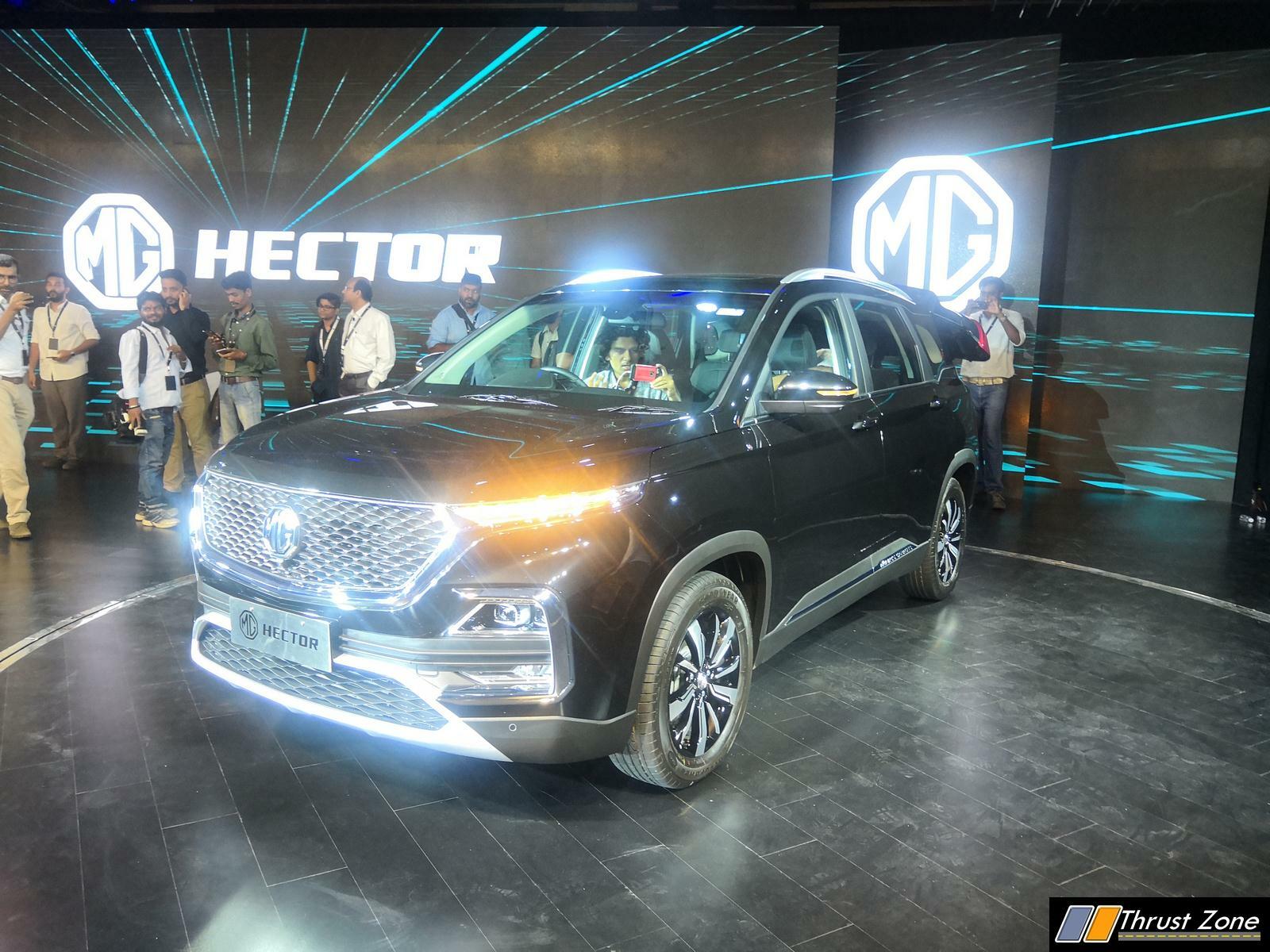 MG Hector SUV India Unveil has finally happened, ahead of its scheduled launch in June. This unveiling confirmed the long list of equipment and the distinctive styling of Hector which sets it apart from its rivals. The styling is contemporary and Hector has got an air of sophistication around it. Up front, it gets tastefully designed chromed honeycomb grille which is flanked by two-tier headlamp assembly on either side. Lower down the bumper, a lot of chrome has been used which in fact complements its strong and wide face. Other noteworthy design elements on the SUV include faux skid plates (front and rear), machined alloy wheels, all-around body cladding, high window line, and silver roof rails.

MG Hector will be powered by a 1.5-liter turbocharged petrol engine and a 2.0-liter diesel motor. While the former is speculated to produce an output of 143PS/250Nm, latter churns out 173PS along with 350Nm under the hood of Jeep Compass. The petrol variant will receive a dual-clutch automatic transmission which has been developed indigenously and features paddle shifter and Sport mode.

MG Hector is expected to make its Indian debut sometime around in the first quarter of the upcoming fiscal year. There is no official confirmation on the price but we guesstimate its cost to be around Rs 15 lakh (ex-showroom, price). On its arrival, MG Hector will rival the Jeep compass, Hyundai Creta, Tata Harrier, and upcoming Kia’s SP concept-based SUV.

MG Motor India will begin shipments of the Hector SUV within the next few weeks to its widespread network of 120 outlets across 50 cities. The carmaker aims to expand its network to 250 outlets by the end of September this year. Pre-orders of Hector will begin next month; the dates will be announced within the next couple of weeks.

MG Motor India has invested INR 2,200 crores so far to rebuild the Halol manufacturing facility and to roll out the Hector. The company has established an all new assembly line, press shop, body shop, parts distribution centre, testing track and a new state-of-the-art training facility in the plant, within a short span of 18 months. MG’s Halol plant currently has a production capacity of 80,000 units per annum. The carmaker has also set up a captive vendor park at its plant to pursue aggressive localization for its vehicles.

Select petrol manual trims will come with the globally acclaimed 48V mild hybrid technology, with best-in-class fuel efficiency in the segment. The Hybrid variants will be powered by a 48 Volt lithium-ion battery that is four times more capable than the current offerings in the Indian mass market segment. With three key functions – Engine Auto Start Stop, Regenerative Braking and E-Boost – the combination provides a great driving experience while reducing emissions by up to 12%.

The DCT is a highly sophisticated and refined automatic transmission that strikes the perfect balance between power and fuel economy. Like the other variants, the DCT has also been tested extensively under extreme climatic conditions globally for more than 2.6 million kms.

MG Motor India is a future-ready organization that is setting industry benchmarks in terms of its young & smart work culture and diversity. Female employees already account for 32 percent of the company’s total workforce of 1,200 employees. 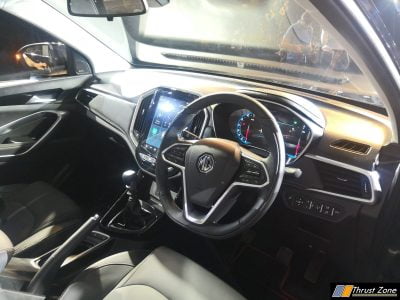 With a focus on four key organizational pillars of innovation, safety, experiences and diversity, the carmaker has built a strong foundation for its future operations. The company has also recently invested INR 150 crores to purchase a brand-new corporate office in Gurgaon as part of its commitment to be in India for the long term.