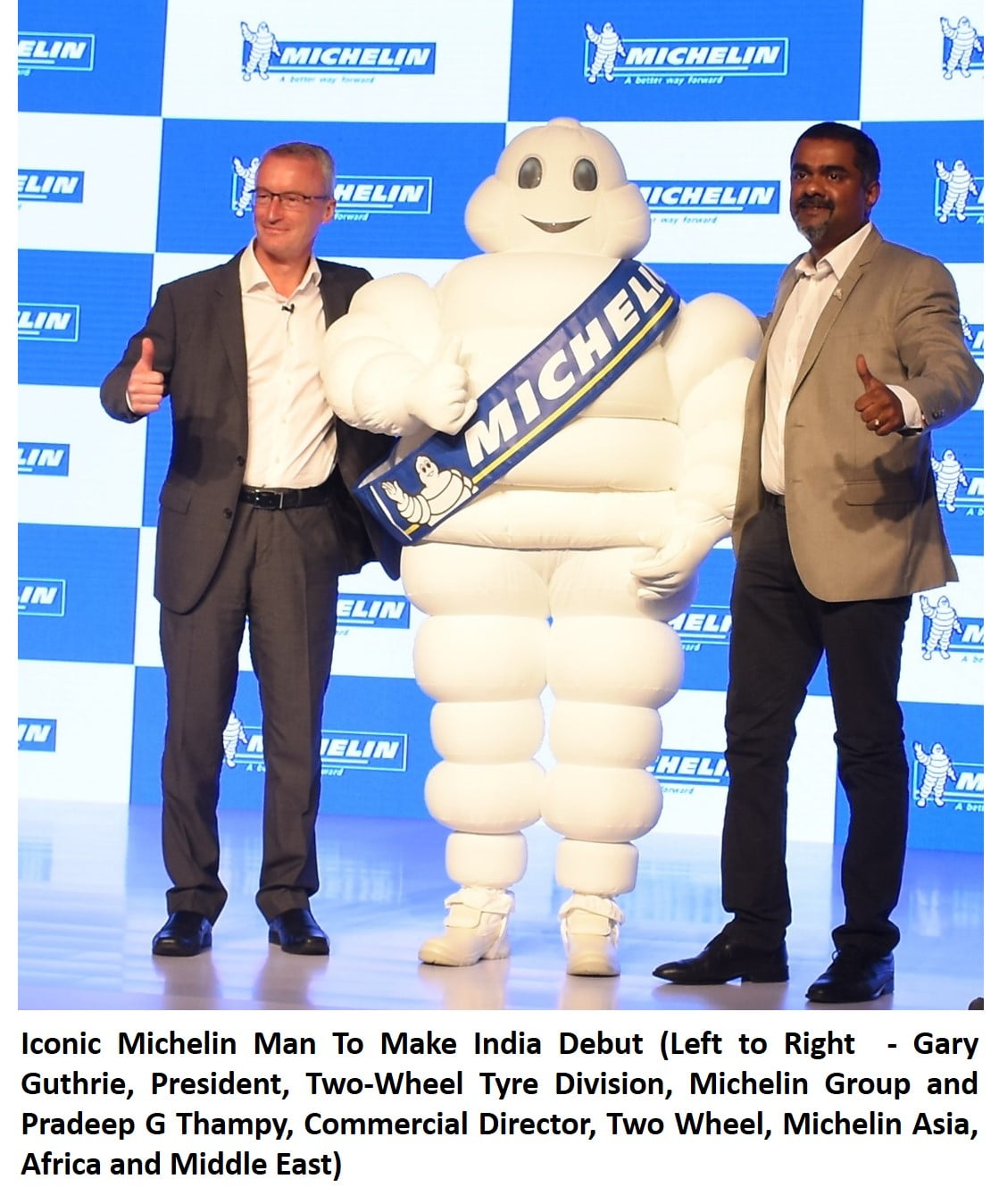 Michelin is one the world’s largest and leading tyre manufacturer today announced the launch of a television commercial in the country. The theme behind all of this is to support safety and it is being named as ‘Safely Ahead’. A pan India campaign with the iconic Michelin man aka, the mascot for the brand since ages, will make its début on Indian television channels for the first time in the coming weeks.

The campaign, which has been produced for Television as well as for digital advertising, will highlight safety and how Michelin has the stability to give safer mobility for motorcyclist and scooter riders. As the brand is known for making tyres and scooters and superbikers. Michelin has been doing the same since 125 years with technological advancements and creating landmark innovations, as we have seen over the past their achievements in racing and making tyres for hyper/super cars.

The campaign will run around three elements that Indian riders negotiate daily with while commuting with their motorcycles and scooters.
One of them is Bad roads, also wet roads and the importance of braking distance. Bad roads will showcase the fitment of robust tyres on to vehicles that Michelin emphasizes on. Good grip on wet roads is necessary and Michelin say that their grooves are best in the business. Also, how all of this makes sure that braking performance isn’t compromised as well.

Mascots play a huge role in emphasizing on safety and Michelin says that the ‘Michelin Man’ and ’Safely Ahead’ campaign illustrates how their two-wheel tyres designed specifically for Indian riders, comes with all-round capability which includes road-holding, braking and overall riding pleasure. The TV advertisements will be seen on major channels nationwide and will be showcased regional language as well. The campaign was conceptualized by Publicis India. In Efecto, the French 3D animated film specialist executed the animation for this new Michelin series. Stay tuned for more reports on Michelin as we bring you something exciting next week!