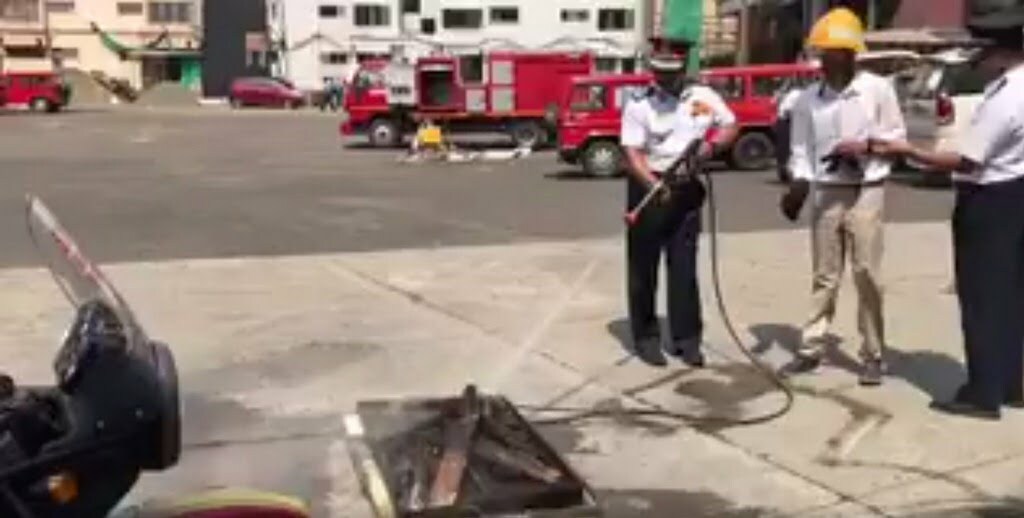 The Royal Enfield Himalayan has been the most talked about motorcycle during the whole of 2016. And it has not revolved around just the bike being the first ever ADB from Royal Enfield or from India in fact but also reports about the quality issues initial customers have faced. Whatever it be, one just cannot deny the sheer impact the Royal Enfield Himalayan has had on the Indian motorcycle sphere. The bike for sure has justified its incredible ADV credentials and if there were any doubts about that, the recently concluded Raid De Himalaya has proved the motorcycles worth to the world and the critics.

Now, saying that, the Himalayan and its capabilities does let it enable to perform really well in a number of scenarios, thus we weren’t surprised when Mumbai Fire Department choose to use modified for purpose Royal Enfield Fire Fighting Motorcycles for a brisker response to fire related urgencies. Dressed in the characteristic Red shade of Fire Departments across the country, the Himalayan looks eye catching. The bike will now be supporting the Indian Financial Capital’s Fire Department with its rugged go-anywhere capabilities. The modified Himalayan for the fire fighting purpose was showcased today Mumbai Fire Brigade Head Quarter. The red fire support Himalayan consists of a high pressure pump capable of delivering 130 bar pressure and a reach of nearly 20 meters. 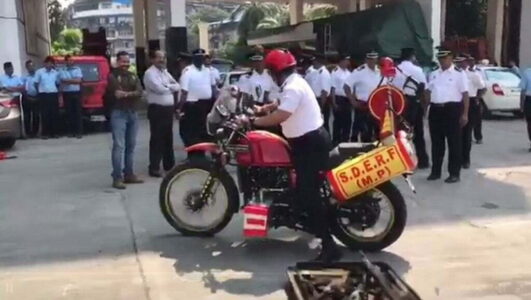 There is also a 25 meter long high pressure hose reel connected to an onboard 60 litre water tank. This should enable the Mumbai fire Department to have a rapid response vehicle as a first line of defense for any fire emergencies. It is said that this Himalayan Fire Fighting Motorcycle will be able to fight a moderate fire for up to 10 minutes; this is something that can be a boon in mitigating a bigger disaster.

We reckon the Royal Enfield Himalayan a great choice for such purpose as its 411cc single-cylinder air-cooled SOHC engine can withstand the extra load on the modifications on it. The torque rating of the stock bikes 32Nm @4000-5000 RPM and its maximum power output of 24.5 BHP @ 6500 RPM should mean the bike would still be zippy enough to deal with city traffic and usual bad roads on our country.