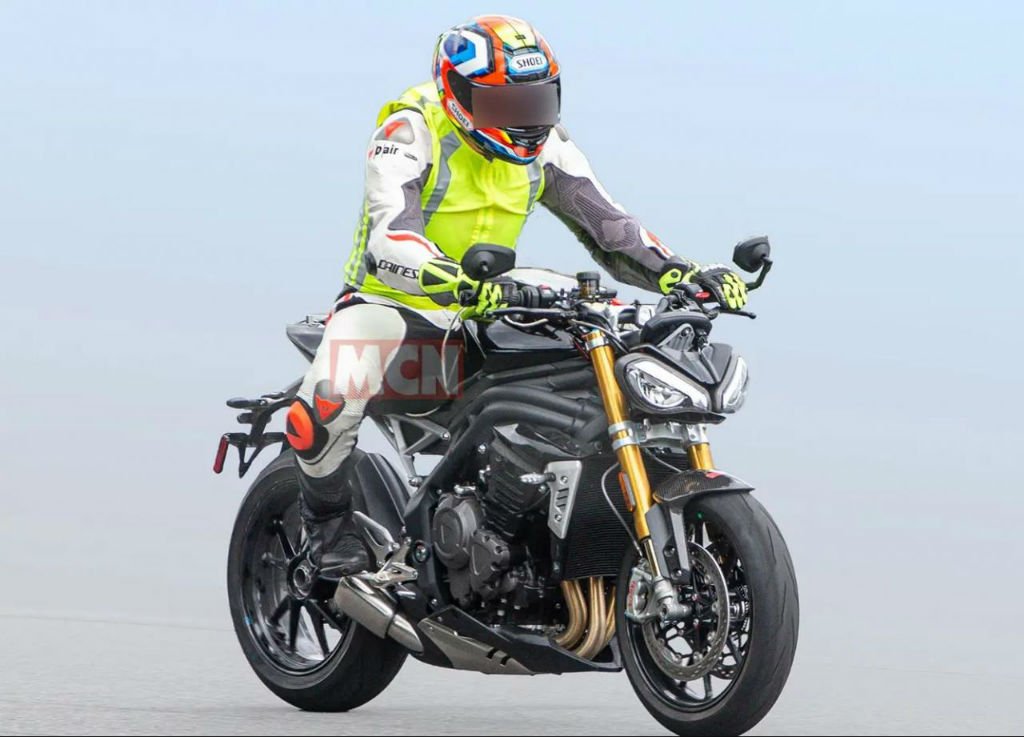 British bike maker Triumph Motorcycles is readying a comprehensively updated version of its Speed Triple street-fighter to make it more equipped against the host of hyper-naked bikes on sale. While the Speed Triple is a potent offering, the motorcycle has been finding it hard to catch up with the competition that includes the likes of the Ducati Streetfighter V4, Kawasaki Z H2, KTM 1290 Super Duke R, Aprilia Tuono 1100 V4 Factory and the likes. However, the 2021 Triumph Speed Triple will be more capable to take on its European and Japanese rivals, as the latest spy shots of the upcoming motorcycle reveal.

The new 2021 Triumph Speed Triple test mule spied show a lot of promise from the litre-class offering. The biggest change on the motorcycle is likely to be a larger displacement engine that will be bumped up from 1050 cc to around 1200 cc. At the same time, the bike is expected to lose a few kilograms in the process, in a bid to boast of a better power-to-weight ratio. With the new powertrain, the three-cylinder engine is likely to produce nearly 180PS and will employ the new low-slung exhaust system to meet the Euro5 regulations for Europe. As we’ve seen on the new-age Triumphs, the 2021 Speed Triple will come with the complete electronics suite including the six-axis IMU, multi-level ABS, traction control, ride-by-wire with multiple rider modes, bi-directional quickshifter, slipper clutch, lean-sensing cornering ABS, anti-wheelie and possibly launch control. The mechanicals will also get a massive upgrade and will include. The spy shots reveal a new Ohlins suspension, which points at this being the RS version, while the rear sports a new monoshock set-up that is now directly mounted on the swingarm. Keeping up with the top-of-the-line performance, braking power will come from the Brembo Stylema calipers that are widely considered the best in the business.

The 2021 Triumph Speed Triple test mule also suggests a new steel Trellis frame with a new rear sub-frame, while the massive side-mounted exhaust has been swapped for an underbelly unit with a short muffler. Much like the new Triumphs, expect to see a TFT screen on the new Speed Triple with connectivity options, navigation with Google maps integration. The new swingarm will also be longer thanks to a vertically-stacked gearbox. Cosmetically, the model comes with new headlamps with the restyled signature LED daytime running lights, while there are new wheels, revised fuel tank and new taillight as well. 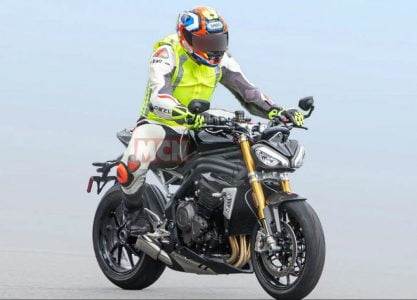 There’s no word on the launch of the new Triumph Speed Triple. We could see the production-spec being showcased towards the end of the year with the European launch in early 2021. If the Coronavirus pandemic hasn’t delayed things, the new Speed Triple is likely to arrive in India by mid-2021 or later in the year.