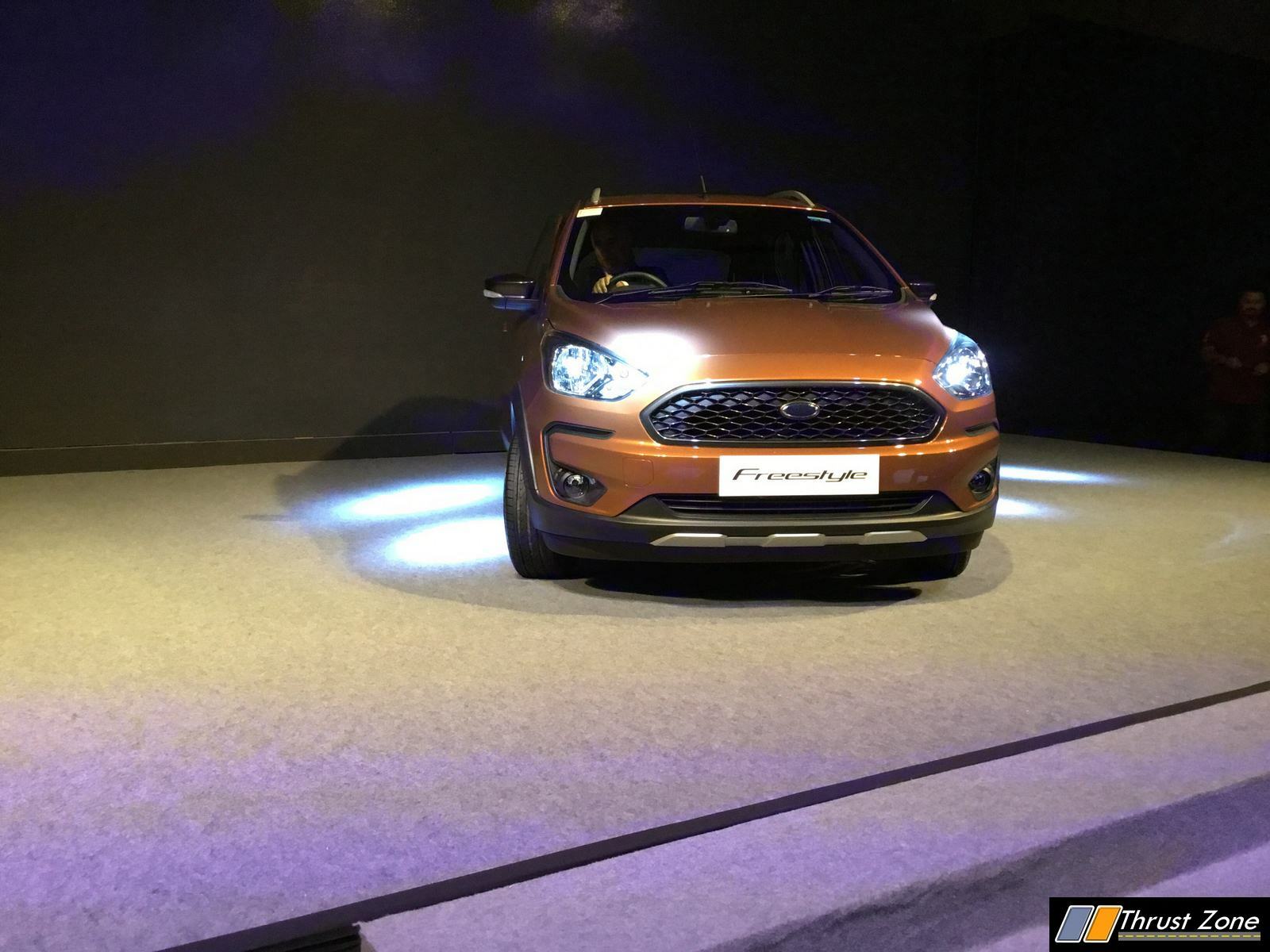 New Ford Freestyle Is The Figo Cross Hatchback. The car has all it takes to be the ultimate car for Indian roads and requirements of customers

Ford India plans to fill the compact crossover void in its line-up with the launch of the new compact utility vehicle, the Ford Freestyle. Ford unveiled their new car for India on 31st January, 2018. The Freestyle, as Ford calls it, will be launched in India first and then it’ll debut in Brazil. The new car was in the works for quite some time and in many instances, it was also spied without any camouflage. The Freestyle essentially is a crossover version of the Ford Figo hatchback and it goes with norms by the inclusion of all-around body cladding and updated styling.

In the styling department, Ford has made the car look more aggressive. Upfront the new Mustang inspired hexagonal grille takes the centre stage and is surrounded by swooping headlamps. There’s a bash plate to further give it a butch stance. The contrasting black colour body cladding runs across the sides, on the wheel arches and occupies the rear bumper too. On the sides you also get racing stripes and to further enhance its crossover appeal, the car gets roof rails as well. During the launch, the car was sporting a dusky brown shade which suggests that a new colour option could be in the list too.

Coming to its features, this compact crossover gets a revised dashboard to distinguish it from the Ford Figo. What is hard to miss is the new floating 6.5-inch touch-screen which is borrowed from the updated Ecosport and is becoming a norm these days. The Freestyle will support Apple CarPlay, Android Auto and also Ford’s own SYNC3 system. However, it does miss out on LED DRL’s and projector headlamps which are quite common on cars of this segment. There is also an omission of automatic climate control.