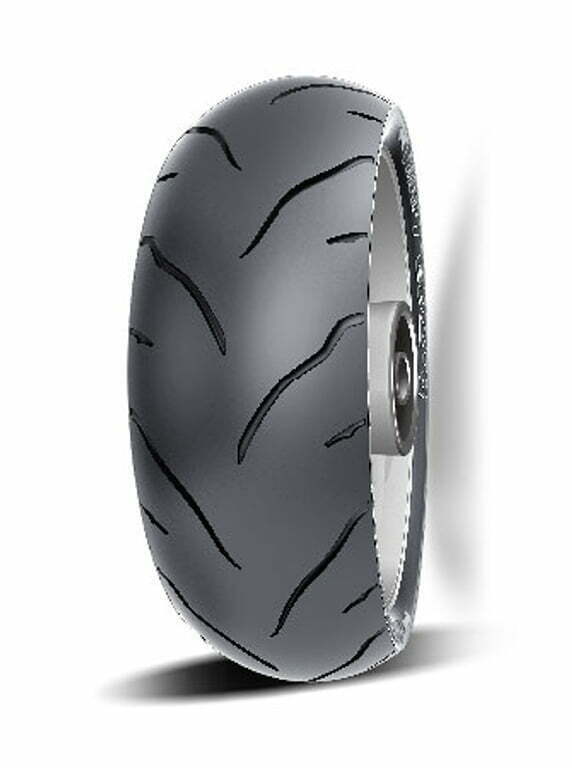 Tyres Break In Period Isn’t A Joke Or Myth. A huge reason why manufacturer tell you to ride slowly for the first 700 kms for engine and 250-300 kms for tyres to wear in

Motorcycle tires are one of the most important elements in the behaviour of a motorcycle. Any harm to your tire will directly reflect on the bike’s handling, its efficiency, its performance aspects and quite a lot of other stuff. Getting to know what exactly a tire wants might reward you with great feedback from the bike, good efficiency and in most cases, a pliant ride. However, there are many myths regarding motorcycle tires and a hotly discussed topic nowadays is tire break-in.

So what exactly is tire break-in?
Just like new leathers require break-in so that they fit nice and snug around your body, tires too require breaking in. Any tire when fresh off the mould requires a specific amount of ‘scrubbing in’ before you finally consider them fit for hard riding. The scrubbing process is simple, ride gently for a few miles on newly installed rubber, try avoiding hard braking and sudden acceleration and also avoid higher lean angles.

Fresh rubber from the factory has smooth treads and is often cold which causes its surface to be a bit slippery. The tire needs to develop traction and for this it needs to scuff-up its surface. The principle is simple – a rough, scuffed-up surface means more friction and friction equals traction. There are quite a few people who care less about breaking in and later end up with their rubber side up, something which can be avoided simply by properly breaking in new tires. How long should the break-in period last you ask? Well that depends on individual tire manufacturer but generally its best to carry out break-ins for 200-250 kilometres.

How to break-in?
It isn’t nearly as hard as you might think, scuffing up means gradually roughening most of the usable tire surface. Find a curvy road, go gentle on the turns initially and then gradually speed-up. This will also allow you, as a rider to get used to the new tire’s handling characteristics. The technique is to allow maximum tire area to make contact with the road. Yes, it’s that simple. 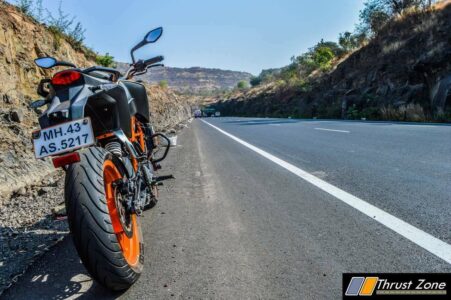 But is there any other way to break-in new tires?

Unfortunately, there isn’t. There are a few hacks which are practised, like sanding the tire surface for scuffing it up. Sanding will not put as much force on the tires to scuff-up their surface and the results too won’t be the same as naturally breaking in new tires. Tires adapt to the road conditions a lot better when they’re actually exposed to the tarmac.

Umm my tires are different, do I still need to break them in?
Yes, every tire needs breaking in, however, there is a catch. Slick tires with soft rubber often need nothing but a lap of the circuit to prep them for hard riding while touring tires, which generally are made of harder compound so that they last long, need on an average 300-350 kms of break-in. Touring tires also take time to properly settle into the rim so it is a no-brainer to allow for some break-in period. All you need to do is ride on your favorite road, but carefuly for a specific period of time and then start pushing it hard.