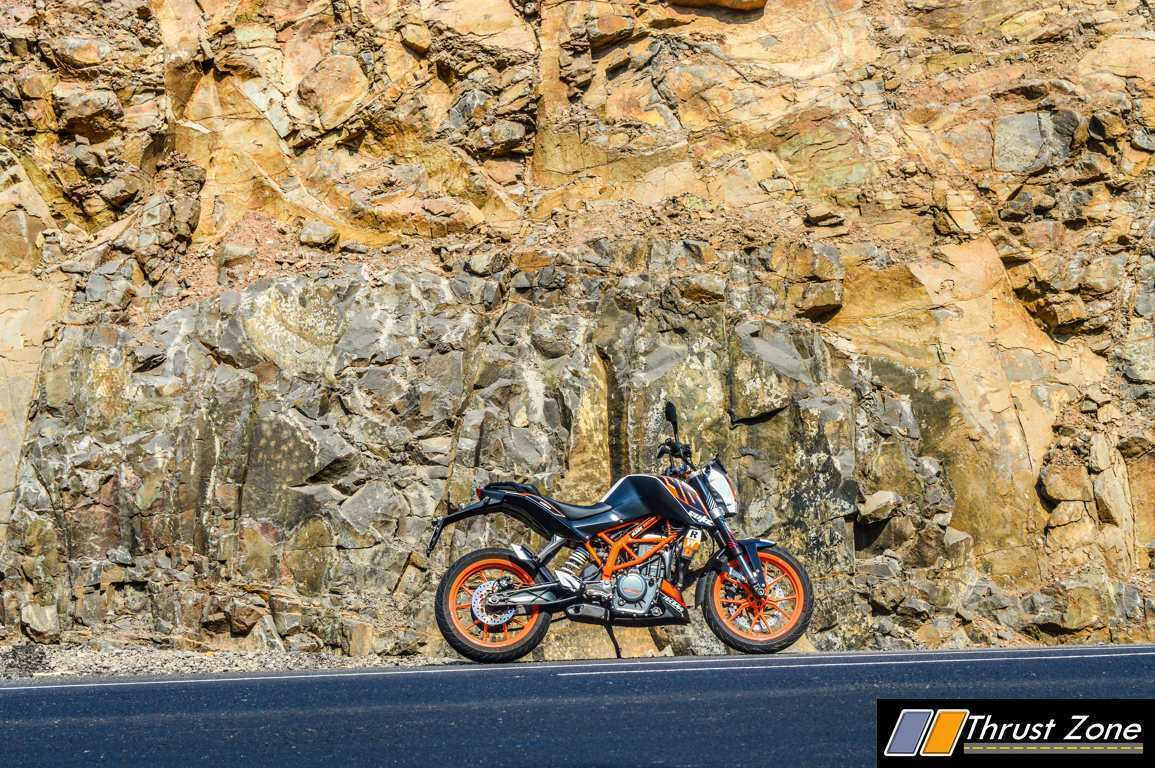 KTM motorcycles are the talk of the town no matter what time and date the launch has been or will be. Upcoming motorcycles are being appreciated with bated breath. Older motorcycles are still doing the rounds because there are many things to be discussed about them. Better performance, accessories, modifications and most importantly, tyres. Tyres from Metzeler change the way we looked at the Duke. The 390 was far more superior than the already highly regarded MRF REVZ tyres seen on the Duke 200. MRF were good in wet and dry conditions and life of the tyres were good too. They have not punctured addicted like the one seen in the last generation REVZ on the Yamaha models. More softer compound and despite that good longevity means that it is obvious choice.

Some 390 owners did switch to Duke 200 tyres because the reports were positive. Despite that they are not recommended for 390 as the speed rating is less and the performance isn’t as stonking as the Metzeler units. There had to be a balance and this is where the Michelin comes in. The only tyre, which have the right price tag, brand and market positioning forcing many bikers to get their hands on. We switched to Metzeler to Michelin in Feb 2016. After 8 months and 8000 kms we have a report to tell you how they are like to live with. Are the French better or the Germans (Italian owned) have the precision?

On the face of it, the tyres have grooves more than the Metzeler. What you also immediately notice post you slap them onto the wheels that the side walls are extended by a small margin. Metzeler are almost a snug fit to the wheels. This is good and bad at the same time. Good part is that you get a great ride quality over stock tyres. The ride far more compliant than before. However, not downright harsh as the Metzeler.

Bad part is that you lose the super sharp steering input responses that you get the from M5 German tyres. French tyres on the other hand take time to warm up and you lose that extra steering sharpness. You can actually take a corner immediately after leaving your house on the Metzeler and the bike will react just fine. With the French though, it takes 4-6 kms of warm up before you take a corner hard and fast. Over gravel, it’s the same case. Wet traction with both tyres are good (post warm-up with the Michelin).

Braking has been affected much with the French tyres, but the feedback was better with Metzeler as the front tyre/brake. When it comes to twisties, Metzeler has an edge. The high level of feedback from the German-made tyre is immediately sensed. Michelin continues to be be neutral. Leaning with confidence and taking sweepers with lunatic levels of speed on the speedometer isn’t a problem with both tyres.

Both have a high level of confidence when it comes to wet conditions. However, complete perfection can be felt and sniffed with the Metzeler. They have a bit of an edge. Why is the Metzeler better in many aspects? Softer compound tyres mean they react to performance inputs really well. That also means they don’t last that long. Our 13,000 kms and plus with the Metzeler which included a track day and a trip to Mumbai-Bangalore via road did well and post that we could see steel threads. Fuel efficiency hasn’t taken any toll either. We maintained similar/recommended air-pressure with the Michelin’s.

On the way back we got ourselves MRF from the 200 as we couldn’t find Metzeler in the shops of Chennai. Where does the Michelin score back? PRICE! Metzeler can set you back a month’s salary (Rs.20, 000 with fitting). We got Michelin’s at 9,500 and fitting charges with new wheel valves (was showing signs of leakage) help achieved perfect (OCD) figure of Rs. 10,000. Track usage? Well, we didn’t get a chance to do that. But if we did, we will update you on that part in the next report. We think it is always better to opt for Metzeler for the track as they are stupendous good given the reports and customer stories that we have heard from the boys on the track.

What did we do with the Michelin all this time? We switched tyres and a week later we headed over to IBW 2016 ride in Goa. Post that multiple rides from Mumbai to places like Daman, Malsej, Nashik and touching the Madhya Pradesh border once. Not a puncture that we saw and ride quality, stability along with grip in every condition is worth the mention here.

So why is this report important? Get used to this folks, the new 2017 Duke 390 is set to get Michelin. Something we told you first in the spy video. Overall, what do we think of Michelin tyres? They have what it takes to be a ‘practical’ replacement for the Metzeler. They are cheaper, offer better ride quality, seem to last longer than the Metzeler too.

We are done with 8,000 kms and we think if the track day doesn’t happen, we can stretch it to 15-17,000 kms, which will include long distance rides and daily commuting. The question is, if we had the money for Metzeler would we still choose the Michelin? Not exactly. The fact are clear though, if you are budget conscious and still want decent performance and since you don’t have ‘local’ alternative to 390’s tyres yet, the French are here offering better cheese *ahem* tyres!