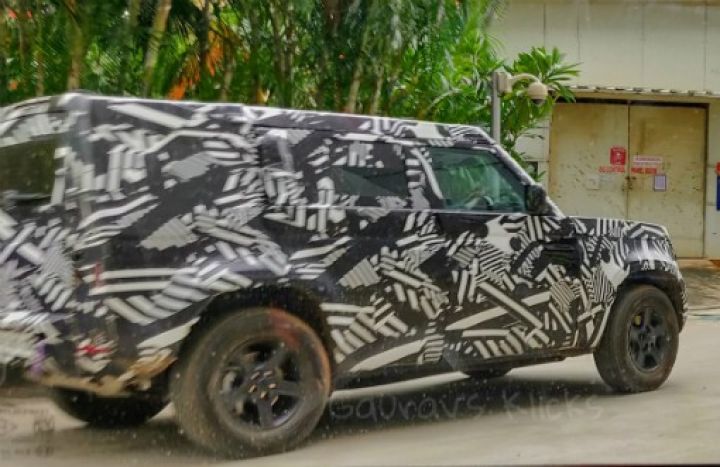 Land Rover has been in the world since more than 6 decades. From the late 70’s till present date, the brand has a long known evidence in the country. During the early days, the Land Rover Defender was noticeably used in India. But it’s been ages since we’ve seen a brand spanking new Defender and it’s about time for India to get one.

In the recent spy shots we saw what’s about to be the next generation Land Rover Defender, the test mule was spotted on Bangalore streets. What we see in the pictures is the new Defender does carry the DNA from the previous generation model and has very quadrilateral design. Land Rover mentioned that their latest Defender prototype has completed more than 1.2 million kilometres of testing and the later tests will be carried on the Indian soil.

The car has a short wheelbase and is a 3 door variant, but break no sweat because a 5 door version is on the charts as well. The front and rear overhang are noticeably short and the particular test mule didn’t have a spare tyre mounted on the rear 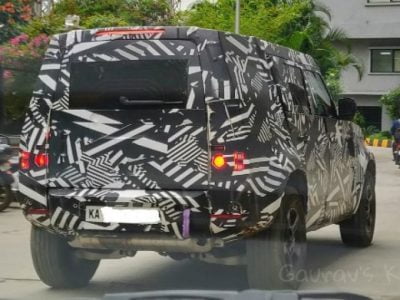