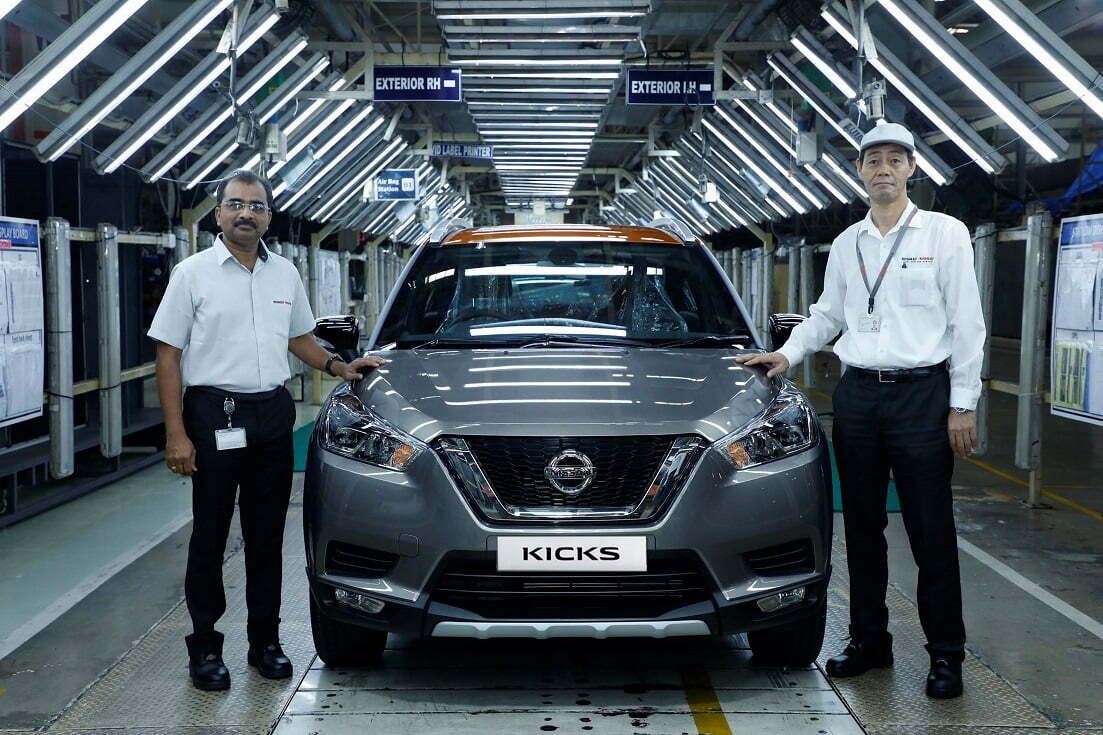 Nissan Kicks launch will happen very soon in the Indian market. This is a Hyundai Creta and upcoming Maruti Mid-size SUV rival

Nissan India today announced the start-of-production of New KICKS by rolling out the first vehicle from its Chennai plant. With this, the company is gearing up for the launch of India’s most awaited and Intelligent SUV in January 2019.

The New Nissan KICKS is powered by progressive SUV design and advanced technology for the new age urban adventure seeker. The newest offering from the Nissan fleet in India has a unique wider and robust style underlined by a Dynamic Sonic Plus line, Wheel-oriented Stance and a Distinctive 3-dimensional presence. The body of the New Nissan KICKS is built with a GRAPHENE (Gravity-philic Energy Absorption) body structure, enabling it to absorb impact energy, making it safer for agile movement on Indian roads.

The India leg of the tour will see the New Nissan KICKS take the baton and carry the ICC Cricket World Cup trophy across eight major cities, starting from Mumbai and covering Pune, Ahmedabad, Bangalore, Chennai, Kolkata, Hyderabad and Delhi/NCR. As part of the tour, the trophy along with the new Nissan Kicks will be on display at key locations in each of the cities including shopping malls, colleges and business centers. Cricket fans will get a chance to see the trophy before Team India embarks on its mission to win the ICC Cricket World Cup for the third time, after 1983 and 2011. Familiar celebrities in the cricketing world like Gautam Gambhir, Akash Chopra, Gaurav Kapur and Mayanti Langer will be part of the Trophy Tour activations as well. The ICC Cricket World Cup is scheduled from 30 May to 14 July 2019 and will be hosted by England and Wales. 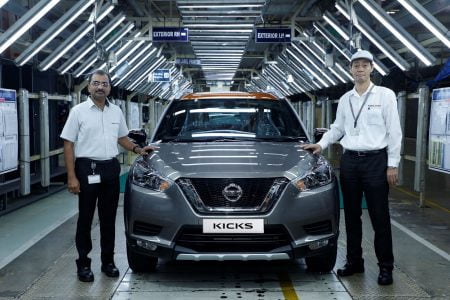 The ICC Cricket World Cup Trophy will be the first public display of the New Nissan KICKS and consumers will get an opportunity to see the car up close. Nissan Kicks is scheduled to be launched early next year. With its progressive SUV design and advanced technology it is set to appeal to the new age urban adventure seeker, many of them being die-hard cricket fans.

Nissan has an 8-year partnership with the International Cricket Council, part of its commitment to the most exciting and innovative global sports, which also includes the UEFA Champions League, City Football Group and FIA Formula E.

Production-Spec Creta Rival From Skoda – The Vision IN – Spied –…