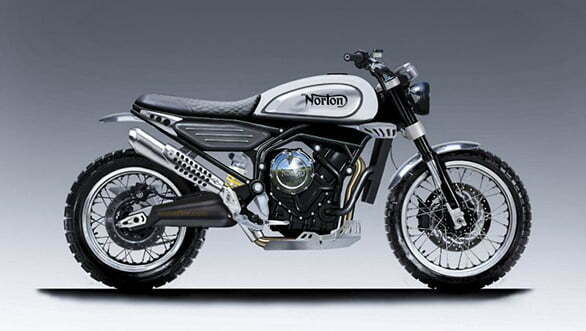 If power is what drives you, await the 650 cc parallel twin engine scrambler from Norton. There may be more than one model with the first likely to make an appearance as early as end 2018. At least two variants are being talked about, one with a 100 hp engine on an 18-inch wheelbase and another monstrous variant supercharged to punch out 175 hp and with a wider wheel base of 19 inches. The latter could be a sports bike and in going with the macho looks the wheels will be wire-spoked and not alloy for both variants. Norton 650cc Scrambler is the ideal balance of retro and modern technology as the brand is re-creating the idea.

Norton had earlier announced a joint venture with the Kinetic group and will use their facilities in Pune to assemble both motorcycles, initially hand built in the UK and later manufactured at their plant, post the success of the initial version, scheduled to be launched by the end of 2018. Talking at the international joint venture, the Norton CEO, Stuart Garner had said,

“We have been hand-building gorgeous bikes in England for many years, we are now taking the next big step forward and delighted to form this alliance with the Kinetic group. I believe that the style, passion, and beauty of Norton products coupled with the experience of Kinetic will make a winning combination and deliver a fabulous range of Norton motorcycles across the ASEAN territories.” 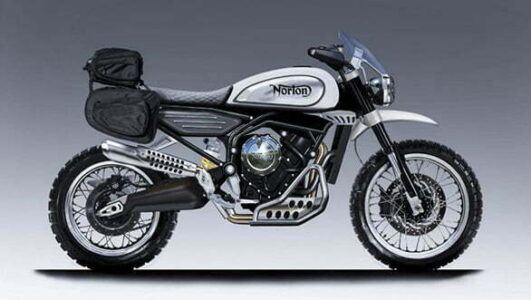 At the EICMA motor show at Milan, Norton had unveiled at least one of the beasts, the Commando California, explained as an “easy riding roadster” version of the earlier Commando 961. The sports bike was however conspicuous by its absence at the display. Whether any further adaptations to the two will be made to suit Indian conditions is to be confirmed.