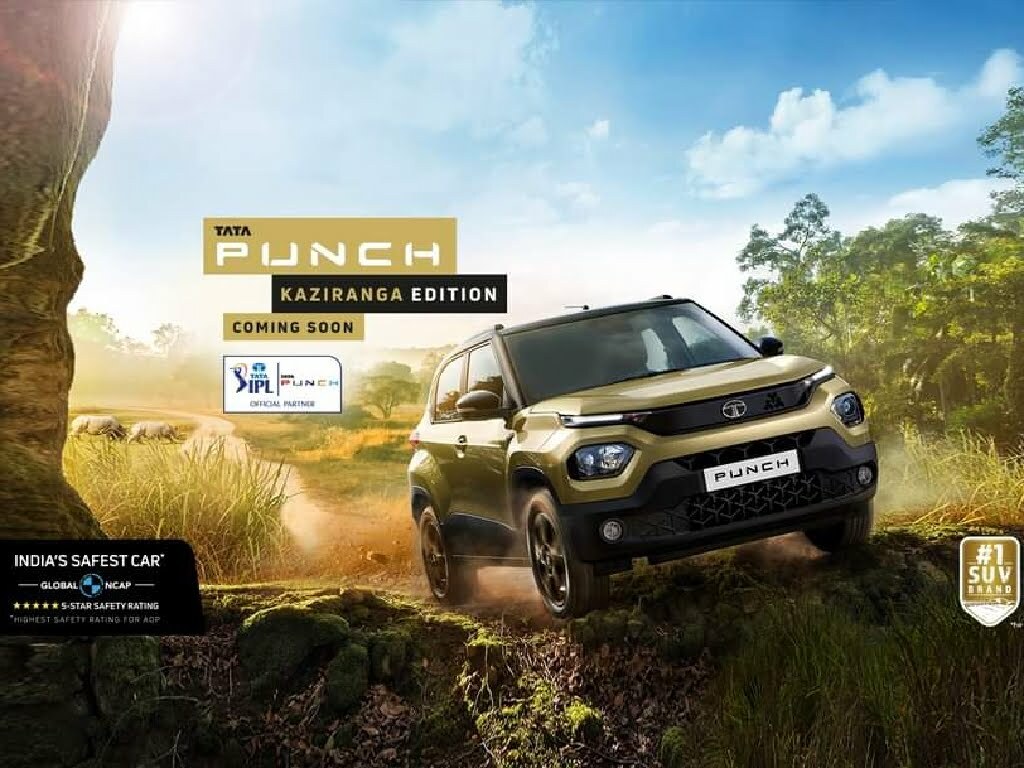 Tata Motors will be introducing a one-off Punch Kaziranga Edition at the IPL 2022 Mega Auction, the company has announced. The automaker is the title sponsor for this year’s Indian Premier League and this will be a special model that will be auctioned to fans, the proceeds of which will go towards the conservation efforts at Kaziranga. The special edition offering appears to get a new paint scheme but it’s unclear at the moment as to what will make it auction-worthy. That said, we expect Tata Motors to reveal the same at a later date.

In a statement, Tata Motors said, “This “one-of-a-kind” SUV will be auctioned off exclusively to fans and the proceeds from this shall benefit the conservation efforts at Kaziranga. The successful bidder shall take home this special edition SUV and unique Tata IPL experiences.”

The Tata Punch is off to a flying start and has exceeded the company’s expectations in sales. It was a top contributor to the automaker’s December 2021 and January 2022 numbers. Apart from its SUV inspired styling and butch appearance, the Punch also benefits from a host of features including LED headlamps, a 7-inch touchscreen infotainment system with Android Auto and Apple CarPlay, iRA connectivity as an option, semi-digital instrument console, climate control, and cruise control.

The Tata Punch is also one of the safest cars to be made in India and comes with a host of safety aids including dual front airbags, ABS with EBD, rear parking sensors and so much more. Power comes from the 1.2-litre naturally-aspirated petrol engine that develops 85PS and 113Nm, paired with a 5-speed manual and an AMT unit. The Punch is priced from Rs. 5.65 lakh, going up to Rs. 9.29 lakh (ex-showroom, Delhi). It will be interesting to see what the bids would be like for the Tata Punch Kaziranga Edition.