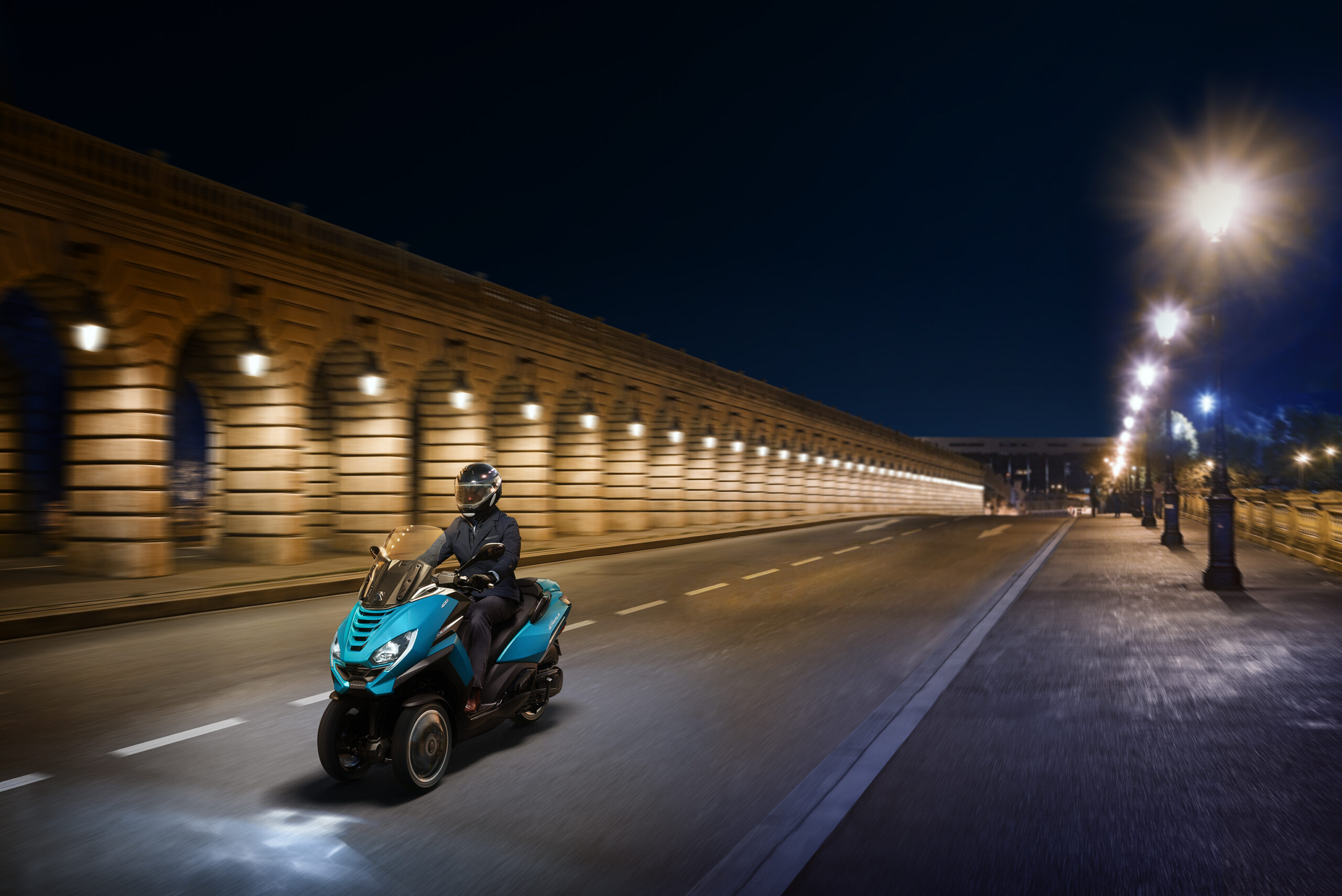 In 2018 Peugeot Motocycles outlined a development and growth plan, Performance 2020, built on 3 key pillars —geographic expansion, cost management and new product launches. In a challenging year, Peugeot Motocycles successfully delivered on all 3priorities of the plan. The launch of new products during an economic and health crisis, along with amove into new markets, have demonstrated the company’s ability to move forward and strengthen its position.

The major highlights of 2020 included the launch of two new vehicles: Peugeot e-Ludix, an electric version of the classic Peugeot Ludix, and Peugeot Metropolis 400cc, a powerful three-wheeler entirely produced at its Mandeure factory in the Doubs. The launch of Peugeot e-Ludix in the middle of the year represented a new page in the history of electric vehicles for Peugeot Motorcycles, which has been active in the segment since 1996, with the production of its first electric scooter, Scoot’Elec.

Another key milestone was the launch of the new Peugeot Metropolis, the undisputed leader in design and technology in its segment. The New Peugeot Metropolis delivered a strong sales performance, with a 23% increase over the corresponding period in the previous year. The Peugeot Kisbee remains the #1 product for the second consecutive year in France’s two-wheeler market, and the #2 in Europe across all segments.

China has become the second largest market for the brand after France, with volumes increasing six-fold since 2017. The end of 2020 was marked by a further step in the expansion of Peugeot Motocycles in Asia with the signing of a major partnership agreement with Vietnamese car manufacturer THACO, a leader in the local automotive market. The agreement will enable Peugeot Motocycles to strengthen its territorial foothold in South-East Asian countries.

The three pillars of the Performance 2020 plan have contributed to the robust volume and revenue growth experienced over the past 3 years, despite the pandemic and the economic situation. Coupled with the increasing sales in Asia,they have resulted in the company delivering its best financial performance in over 20 years.

“As we move into a new decade, Peugeot Motocycles is preparing to write a new chapter in its history. Over the next few years, we will continue the focus on product development – with an enhanced focus on the electric vehicle segment – and expanding our business in the growth markets of the East including, China and ASEAN countries,” said Costantino Sambuy, CEO of Peugeot Motocycles. “These results reflect the enduring commitment of all our stakeholders – especially my colleagues at Peugeot Motocycles, and our dealers, importers and suppliers. I wish to thank them all and look forward to a period of sustained growth.”