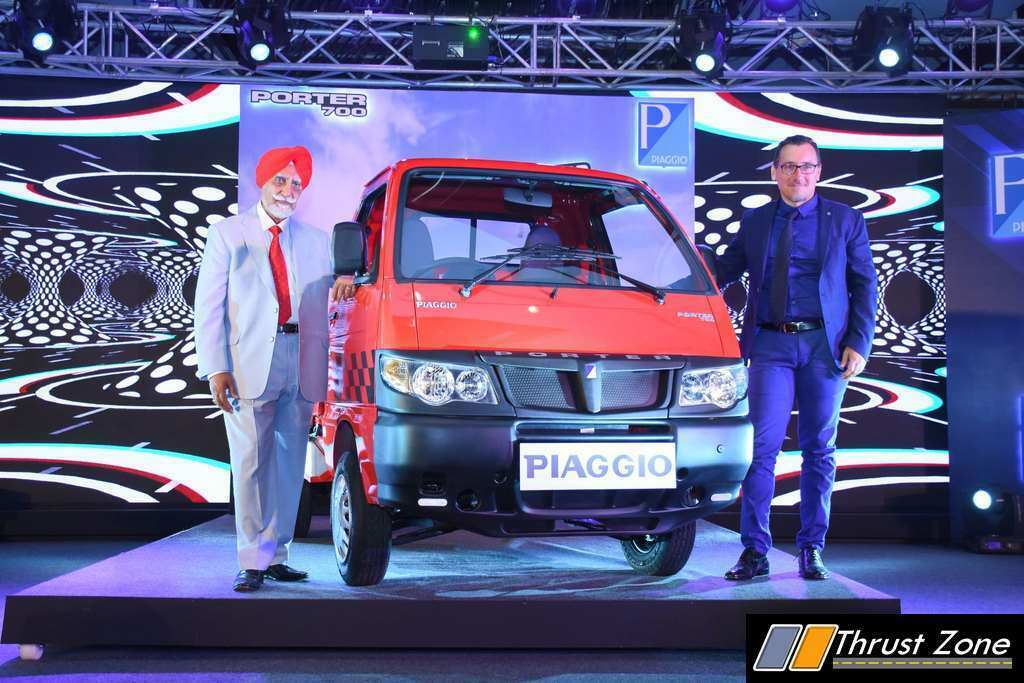 Piaggio Porter 700 Launched In India At Rs. 3.18 Lakhs will offer more for less with its value for money proposition and abilities on offer

Piaggio Vehicles have announced the launch of new Porter 700, which conforms their commitment customers changing needs. Piaggio has moved its coins right by releasing the Porter 700 and has won the hearts of many through the 4 wheeler cargo market. This product is an innovative product adapted for Indian conditions. Piaggio has based the Porter 700 from the Piaggio’s on-going customer feedback program which will further consolidate and strengthen Piaggio’s presence in last mile commercial vehicle industry.

The Porter 700, comes with Stylish Italian design and it is the only vehicle with twin headlamps that adds to its superior looks and facilitates safer night driving experience. There is a 5 speed floor mounted Synchromesh gear box for smooth & comfortable drive. The Porter 700 comes with a 2 years or 75000 kms extended warranty. The company is very much confident that the Porter 700 will outclass any other 4 wheeler in the cargo segment.

The company Piaggio Vehicles Pvt. Ltd. is a 100% owned subsidiary of Piaggio Group. The Company commenced operations in India in 1999 with the launch of the 3 wheeler brand ape’ which was an immediate and a huge success and has grown from strength to strength over the years. PVPL created the market, grew it, and has continued a dominant and leadership position in the Diesel 3 wheeler segment.

Piaggio is a chief player in the light transportation industry with a range of 3 and 4 wheelers in Diesel, Petrol, CNG, LPG fuel variants. The Company’s products are not only endorsed by over 2 million satisfied customers across India but also exported to more than 35 countries worldwide.