In order to drive the development of the brand, Volvo Cars also announced today that Thomas Ingenlath, Senior Vice President Design at Volvo, will assume the position of Chief Executive Officer at Polestar. Mr Ingenlath has been the inspiration behind Volvo’s award winning design renaissance in recent years. Mr Ingenlath will be joined at Polestar by Jonathan Goodman, who will become Chief Operating Officer. Mr Goodman moves from his place as Senior Vice President Corporate Communication at Volvo Cars.

Polestar has over 25 years of commercial experience in the automotive industry, Polestar is ideally placed to give working experience along company’s vision, building on the experienced management team that will drive the Polestar brand forward. Polestar will be a credible competitor in the emerging global market for high performance electrified cars. With Polestar, company will offer electrified cars to the world’s most demanding, progressive drivers in all market segments. 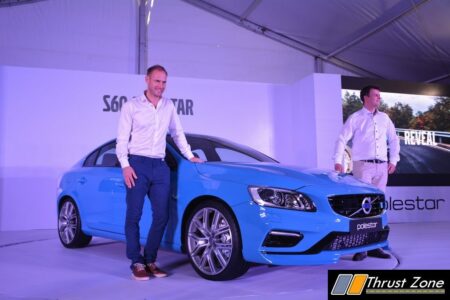 Volvo Cars acquired 100% of Polestar Performance in July 2015, having worked together in motorsport since 1996. In the future, Polestar will offer Polestar branded cars that will no longer carry a Volvo logo, as well as optimization packages for Volvo’s range of cars under the Polestar Engineered brand.

Polestar will have specific technological and engineering synergies with Volvo Cars and benefit from significant economies of scale as a result of its connection to Volvo.

These synergies will allow it to design, develop and build world beating electrified high performance cars on offer, most prominently Tesla and other groups. Polestar will make further announcements about its products, industrialization and commercial plans in the autumn. We can expect some serious action from Polestar which will make sure the future isn’t boring and green at the same time.

Ducati V4 Superbike Spotted for the very first time – Will The Aprilia RSV4 Be Holy Anymore?