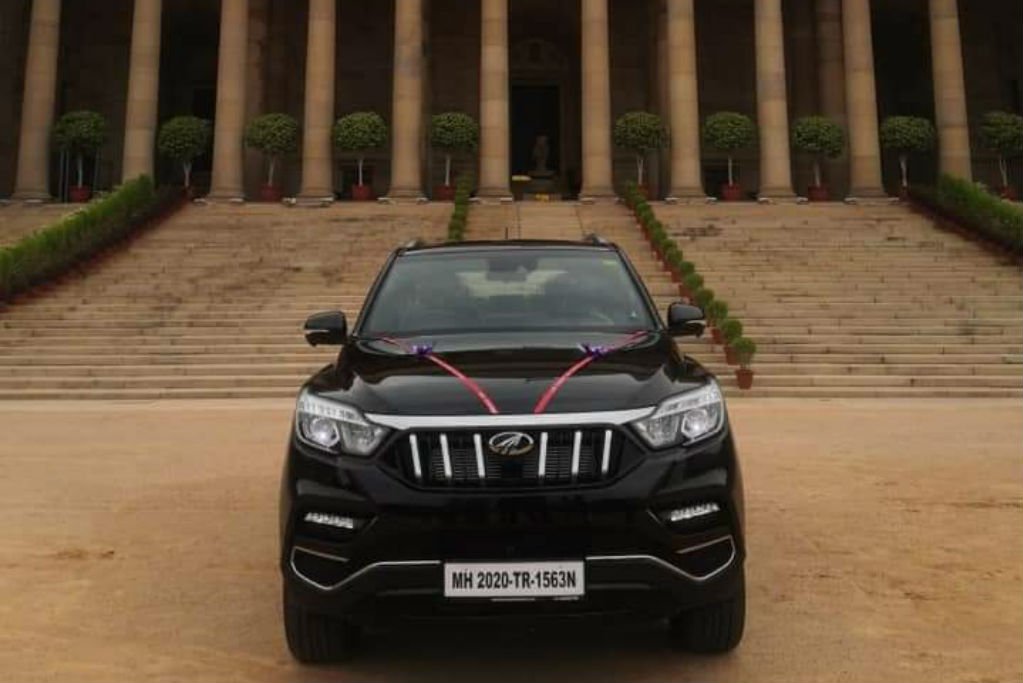 While Prime Minister Narendra Modi’s affinity for the Mahindra Scorpio is well known, it now seems that the same has rubbed on the President of India Ram Nath Kovind. While the official state car for the Indian President is the Mercedes-Benz S-Class Pullman Guard, the Rashtrapati Bhavan or the Presidential Palace has inducted the new Mahindra Alturas G4 to its fleet. The image of the recently delivered premium SUV made its way online and it is the first BS6 Alturas G4 to head to a garage in the country. The Alturas G4 is the SsangYong-based Rexton that has been rebadged for the Indian market. It is the flagship offering from the automaker.

The Mahindra Alturas G4 was received by the Joint Secretary on the President’s behalf at the Rashtrapati Bhavan. The state vehicle wears the black paint scheme and does not get any noticeable modifications as such. It’s not clear as to which variant has been sold to the Rashtrapati Bhavan and if the vehicle is bullet-proof.

The Mercedes-Benz S-Class (S600) Pullman Guard currently meets the safety protocols required to ferry to President of India. Based on the W221 S-Class, the Pullman Guard meets BR9-level ballistic protection. An older generation S Guard is also a part of the fleet and meets BR7-level protection. The limousine is powered by a 6.0-litre V12 petrol engine which is capable of churning out 530PS and 830Nm of torque, paired to a 7-Speed dual-clutch transmission. 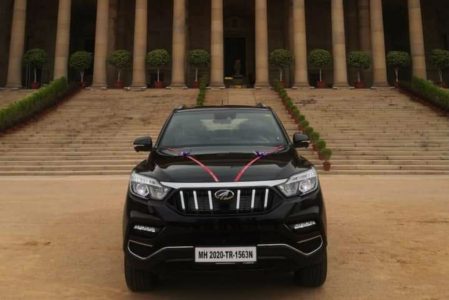 The Mahindra Alturas G4 is more humble in comparison and quite powerful in its class. The SUV uses a BS6 compliant 2.2-litre diesel engine developed by the homegrown automaker that develops 180PS and 420Nm of peak torque. The engine is mated to a 7-speed torque convertor. The SUV comes in both two-wheel drive and All-Wheel Drive options. Prices for the Alturas G4 start from Rs. 28.73 lakh, going up to Rs. 31.70 lakh (ex-showroom, Delhi).

Yamaha Tenere 300 Could Be Under Consideration – Kawasaki Versys 300 Rival