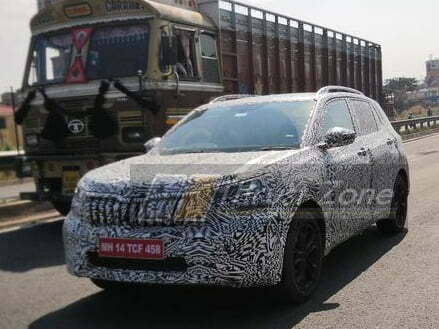 The Volkswagen India 2.0 strategy has two very important products for the market – namely the Volkswagen Taigun and the Skoda Vision IN based compact SUVs. Both models are being developed on the India-specific MQB-A0-IN platform and while we’ve seen the Taigun closer to production, the Vision IN concept showcased at the expo was still a radical prototype. Now, we have our hands a new spy shots of the Skoda Vision IN being tested that gives a glimpse at what the production-spec model will look like.

The Skoda Vision IN prototype was all bling and lights, and the production-spec version will be closer to the same, albeit in a more sobered down avatar. The test mule reveals LED headlamps, halogen fog lamps, wraparound LED taillights with a signature pattern and different alloy wheels. The butterfly grille that is common to Skoda cars looks bolder on the Vision IN-based compact SUV. Skoda Auto India is yet to confirm the name of the offering, but several reports suggest that the Kia Seltos rival could be called the Skoda Kliq upon launch. The company likes its new-age SUV names to start with the letter K – Kodiaq, Karoq, Kamiq – and that gives this rumour some weightage.

The upcoming Skoda Vision IN or Skoda Kliq will be heavily localised (90% whereabouts) to keep prices competitive. The model will also sport a virtual cockpit, Apple CarPlay and Android Auto, electric sunroof, connected tech and more. A butch and tall stance should also help liberate cabin space on the SUV. Other bits that we expect to see a leather-wrapped flat-bottom steering wheel, floating touchscreen infotainment system, dark or dual-tone interiors, rear AC vents and more. 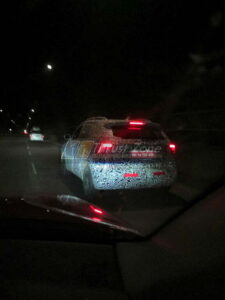 The new Skoda Vision IN is likely to draw power from the 1.0-litre TSI turbocharged petrol engine that’s also seen on the Rapid. There could possibly be the 1.5-litre EVO turbo petrol engine on offer too, from the Karoq. The former will be paired with a 6-speed manual and a 6-speed torque convertor, while the latter could be exclusively sold with the 7-speed DSG.

Between the Skoda Vision IN and the Volkswagen Taigun, it will be the Skoda offering that will go on sale first by mid-2021. Skoda says the prices could be surprising on its compact SUV and in a pleasant way, and it will be interesting to see the model start around Rs. 10 lakh, topping out at Rs. 18 lakh (ex-showroom) for the DSG variant.