Renault Duster Customized Inside Out And Comes Painted With Camouflage Scheme! 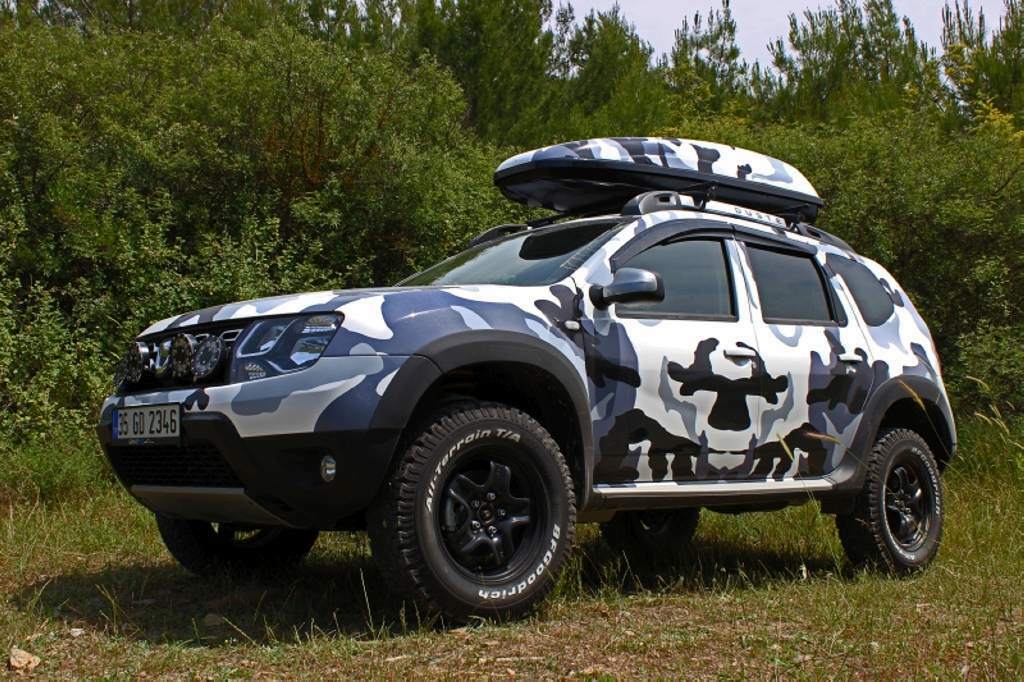 Changes to the Duster doesn’t seem to stop worldwide. There is rage behind the idea of modifying this vehicle in various way that are unique every single time we report it. Last time we saw a Duster from India which was tuned for power and torque but also meant serious business while off-roading. Then we carried a rendering which had the same idea behind it. This one though is special and is kind of sleeper inside out. The looks say what it really is as it all set to take on the likes mother nature in every possible way. The Duster is the facelifted unit as we can see from the front.

The modification include four small LED lights in the front, which should give it the ‘day’ effect when it comes to-night time along with already powerful headlights and fog lamps Duster has. There is a skid plate at the front to make sure everything is fine off the road. Side profile is the main attraction. Raised ground clearance to a small extent and large wheels with chunky off-road tyres fitted on to the rims. Also you can see at the top there is the new age roof box which can store your daily needs on a vacation trip.

On the inside the rear seats are removed and it makes for more cargo space than the stock car. The already impressive 500 litre plus boot space clearly is more than double here in this case. We are sure you haven’t missed the camouflage paint that it has all around. It is done to make sure it has the oomph to scare people a bit. This Duster is all set to go in the jungles and match the surroundings. We mean the urban jungle and inside the ‘real’ jungle as well.