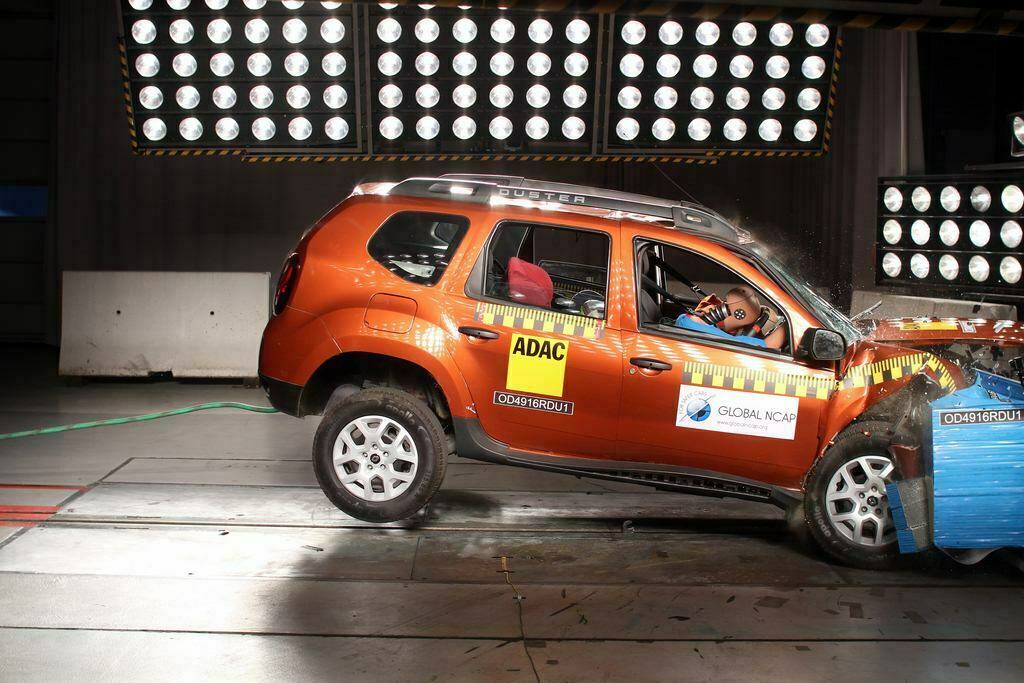 Duster Joins Failed Crash Test as Latina version of the Duster scored 4 stars but Indian version scored 3 stars, both of them with airbags because Latin version has a BIGGER airbag.

While other manufacturer seem to be caught by regulations of safety and they are implementing the same on their vehicles once they fail the crash tests, Renault seems to be the only manufacturer getting away every time. The Kwid failed the test but the company says it meets Indian and other safety norms required. The Duster today has failed the crash test and there many reason to point finger at the French company. The same Latin version also failed to clear crash test with airbags. The manufacturer introduced an airbag variant and the car received 4 stars. However, in Latin America, the car continues to be minus airbags in the base variant and same is the case. There is one more point to discussed here and it is the fact that Latin Duster gets 4 stars while the Indian car which was tested with airbag ended up scoring three stars. What is the reason.

Apparently, the company uses a small airbag in India for the occupants in the front than the Latin version which increases the risk of the Driver hitting the steering wheel more and the score is three star instead of four. The manufacturer’s approach towards both countries is shocking and could be a hindsight at international level. This could happen because airbag suppliers vary but the requirement from the global company should stay the same as the product is identical worldwide. Renault should issue an statement shortly, but that isn’t going to help the car in anyway. We can only expect this problem to be solved with the 2019 version of cars which will come with standard fitment of ABS and Dual airbags and structural integrity will be higher as well as per new Indian government stat