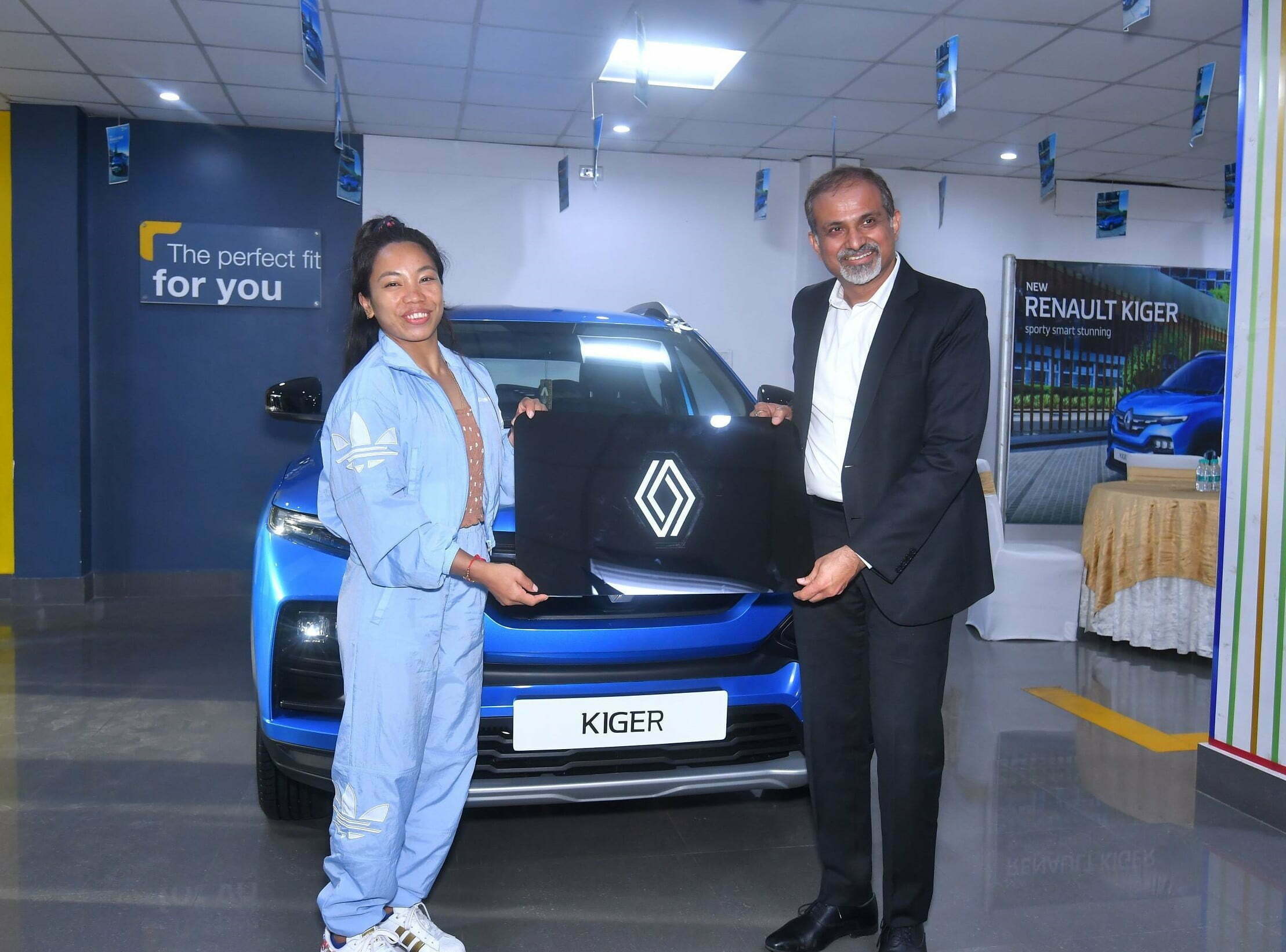 Renault, which is in its 10th year of operations in India, presented Renault KIGER to the Ace weightlifter and #TokyoOlympics2020 Silver Medalist Saikhom Mirabai Chanu for her stunning performance on the world stage and making every Indian proud of her feat. Hailing from a village in East Imphal, Mirabai not only lifted the spirits of the entire nation but with her dedication and commitment, she also became an inspiration for other athletes. Her journey finds resonance with a billion Indians who aspire to break out of their humble backgrounds. Renault is proud to celebrate her journey with the Stunning, Smart and Sporty KIGER. 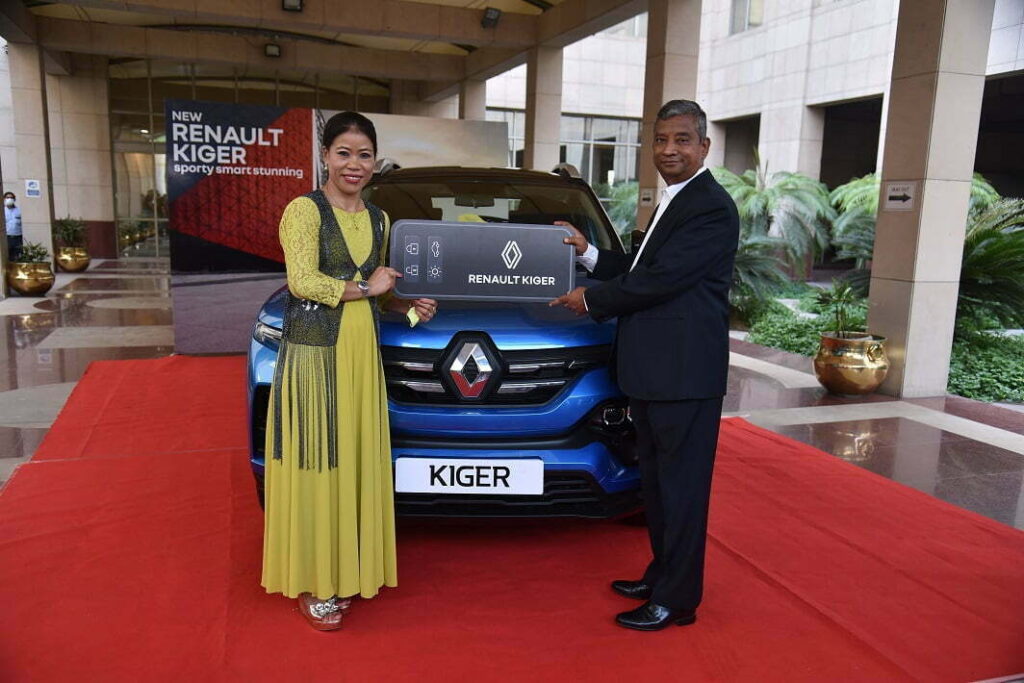 Renault today presented Renault KIGER to the Ace Woman Boxer and #TokyoOlympics2020 flag-bearer Mangte Chungneijang Mary Kom. MC Mary Kom is the third woman athlete, after Shiny Wilson and Anju Bobby George to be India’s flag-bearer at the Olympics. Veteran boxer Mary Kom has always made the country proud, be it inside or outside the boxing ring.

Renault KIGER is a brand-new sub four metre compact SUV designed and developed for India. Loaded with several smart attributes and powered by a sporty, world-class turbocharged 1.0L petrol engine, Renault KIGER is a breakthrough product targeted at the core of Indian automotive market. The stunning design of Renault KIGER is exemplified by a host of sporty and muscular elements which make Renault KIGER stand out as a true SUV. On the inside, Renault KIGER’s smart cabin combines technology, functionality and roominess. This high performance, modern and efficient engine ensures a sporty drive and is complemented by multi sense drive modes which offer the flexibility to best suit the customers driving preferences. 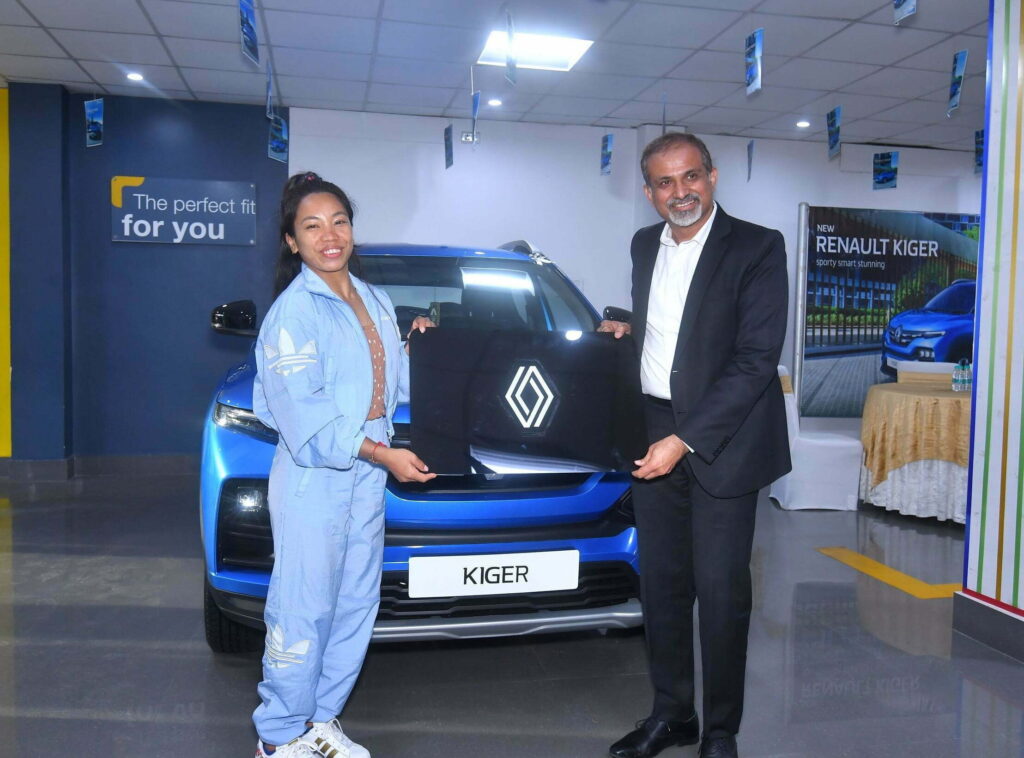 Renault India is celebrating its ten glorious years of its operations in India. As part of the tenth anniversary celebration, Renault India launched the all new RXT (O) variant of the Renault KIGER. Together with its product portfolio expansion strategy to drive volumes in India, Renault is substantially increasing its network reach in India and introducing several unique and pioneering initiatives to ensure that customers have an unparalleled association with the Renault brand. Currently, Renault India has more than 500 sales and service touchpoints in India, which include 200+ Workshop On Wheels locations across the country