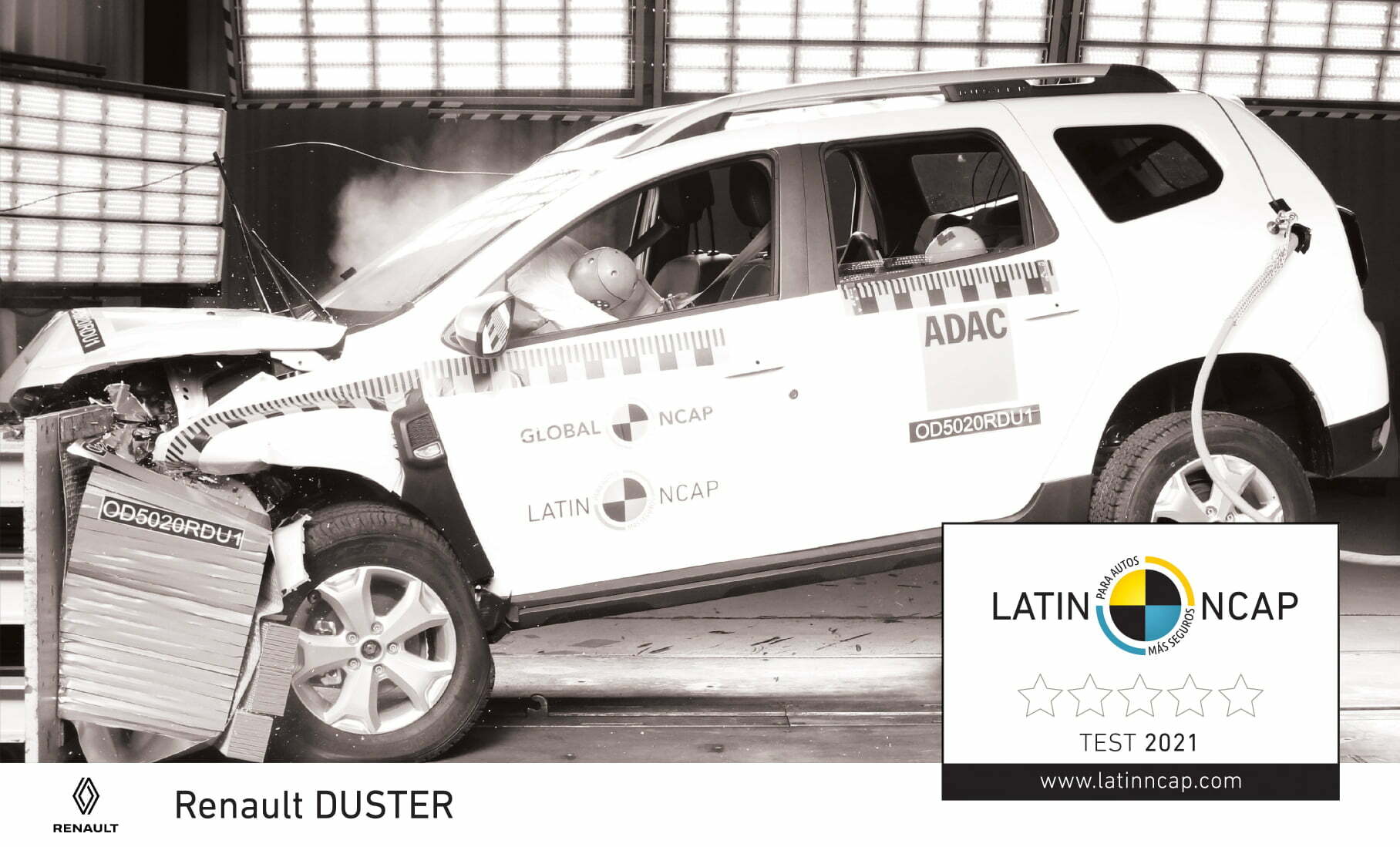 Latin America’s New Car Assessment Programme for Latin America (Latin NCAP) has announced its latest crash results that include the second-generation Renault Duster and the Suzuki Swift. Both models ended up scoring a disappointing zero stars. The safety watchdog tested the base variant of either model, and results of the Swift are also valid for the Dzire, also sold in Latin American countries.

The Suzuki Swift for Latin America is made in India and exported from Suzuki’s Gujarat plant. The model received a 15.53 per cent (6.21 points) rating in Adult Occupant protection, while the Child Occupant protection stood at a zero per cent. Meanwhile, the car scored 66.07 per cent (31.71 points) in Pedestrian and Vulnerable Road Users protection and 6.98 per cent (3 points) for Security Assistance Systems.

In its report, the Latin NCAP said that the Suzuki Swift performed poorly with side impact protection. It also received a low whiplash score. The car offered good protection to the head and neck for the driver and passenger, while the driver’s chest area showed weak protection. The driver’s knees also showed marginal protection, which was good enough for the passenger. Latin NCAP also concluded that the body shell was borderline unstable on the Swift. 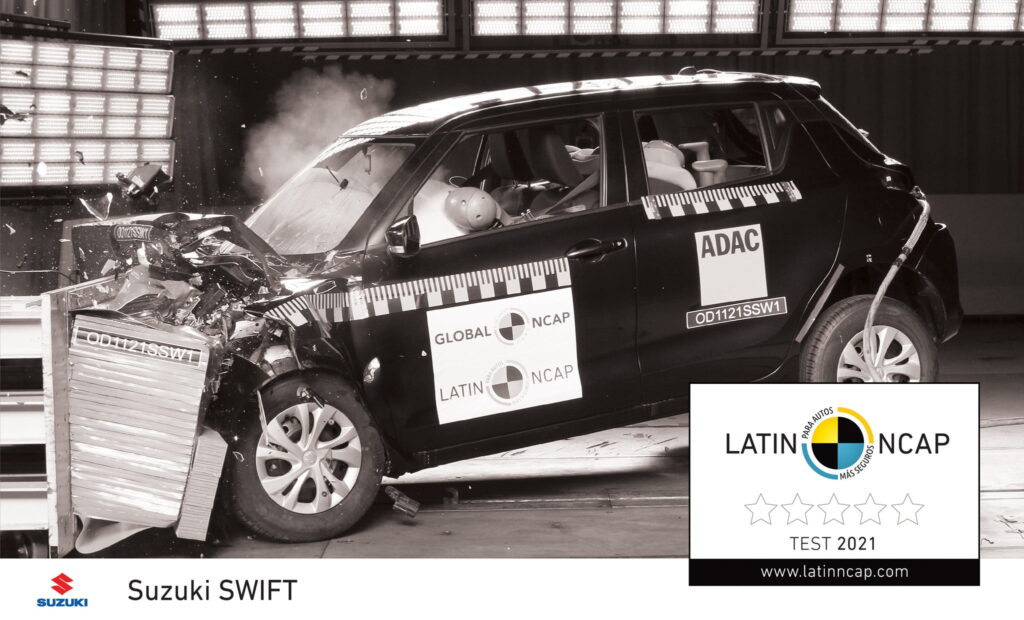 The safety watchdog also pointed out that features like side airbags, ESC, Child Restraint Systems (CRS) and the use of a lap belt in the rear middle seat, all contributed to the Suzuki Swift getting a low safety score. All these features are otherwise standard on the European-spec model.

With the second-generation Renault Duster, the SUV scored a shocking zero star rating. This is particularly alarming since the car is built in Brazil itself for the Latin American market. Moreover, the 2019 version of the same Duster built at the Mioveni plant in Romania, scored a 4-star rating in the Latin NCAP crash tests. 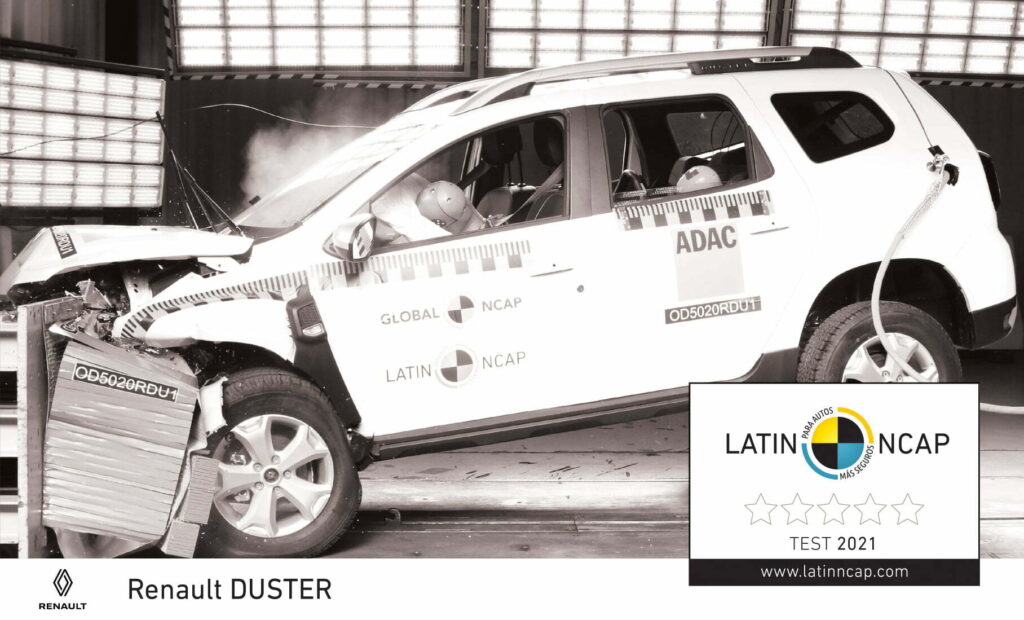 In the latest test results, Latin NCAP concluded that the Renault Duster showed signs of fuel leakage after the frontal impact. The SUV also flipped over in the side impact test, which gravely affected the B-pillar, forcing one of the doors to open. The watchdog asked Renault to recall the Duster in Brazil due to the fuel leak issue. The company has also been asked to look into the door opening problem, which could cause people to be thrown out of the car.

Do note that the Latin NCAP norms were revised recently and are stricter than before. So, the European version of the SUV would likely get a lower score, if it were to be tested now. However, the difference can’t be from four stars to zero stars. That’s an alarming drop and brings quality concerns related to the production.