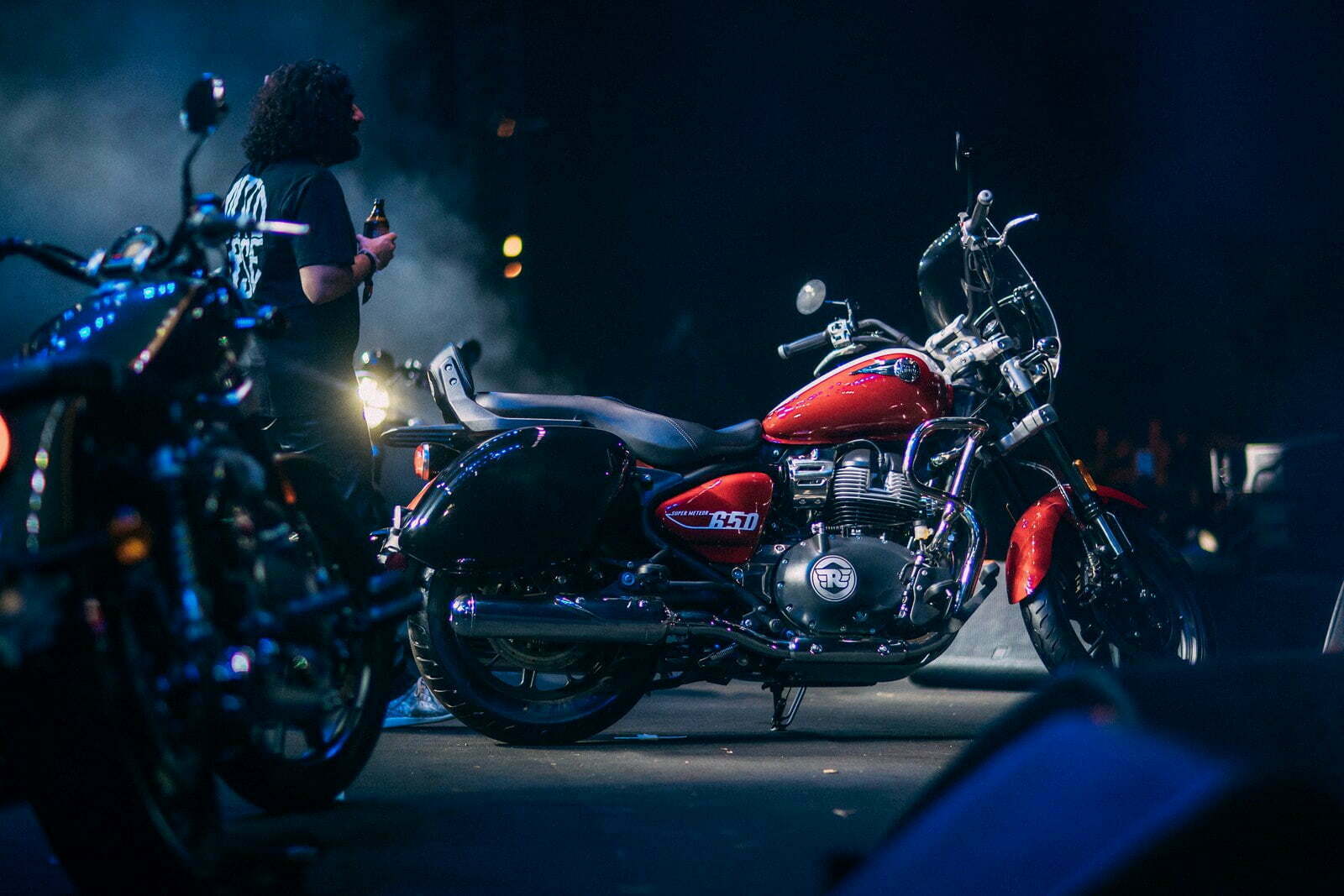 After a hiatus of 2 years, the much-awaited three days of Pure Motorcycling, Music, Heritage and Art – Rider Mania, commenced its 2022 edition in Goa. One of the biggest highlights for this edition of Rider Mania on Day 1 was the unveiling of the all new Super Meteor 650.

The Super Meteor 650 continues Royal Enfield’s heritage of building amazing cruisers. The thoroughbred highway cruiser is centered around the acclaimed 648cc twin platform that’s been rigorously tested and enjoyed worldwide recognition within the multi-award-winning Interceptor INT 650 and Continental GT 650. Unintimidating and practical, the Super Meteor 650 has the silhouette of a purebred cruiser with a low stance and sumptuous seat with a narrow waist which combine to make munching miles a breeze.

Another key highlight of Day 1 was the reveal of 1:3 Limited Edition Classic Collectible. The miniature is a new chapter in craftsmanship that evokes an emotion of joy and pride amongst the riders at heart. Being absolutely identical to the Classic motorcycle, this masterpiece of art is revealed in 18 colors with bookings available exclusively at Rider Mania in 8 colors. Priced at INR 67,990 The collectible is available for booking with a token amount of INR 2000.

Taking this festival to a whole new level, Rider Mania 2022 also offered some of the most electrifying motorsport experiences at the event. On Day 1, motorsport enthusiasts got a chance to participate in the Dirt Track. There were a series of inspiring sessions on Day 1 such as – Solo Travel by Devang Sethi, Harshvardhan Joshi, Exploring India with Pets by Wheels & Tails, Polar Exploration with Louis Rudd and Flat Tracking by Johnny Lewis & Gary Birtwhistle and Niel Peter Jenson.

Besides the adrenalin experiences and speaker sessions, there were quite a few interesting workshops from different fields such as wildlife and action sports photography, pottery, sneaker customization, coffee, calisthenics and creative mapping. Day 1 concluded with a lineup of performances by renowned artists – Parvaaz, Karsh Kale Collective, Peter Cat Recording Co.