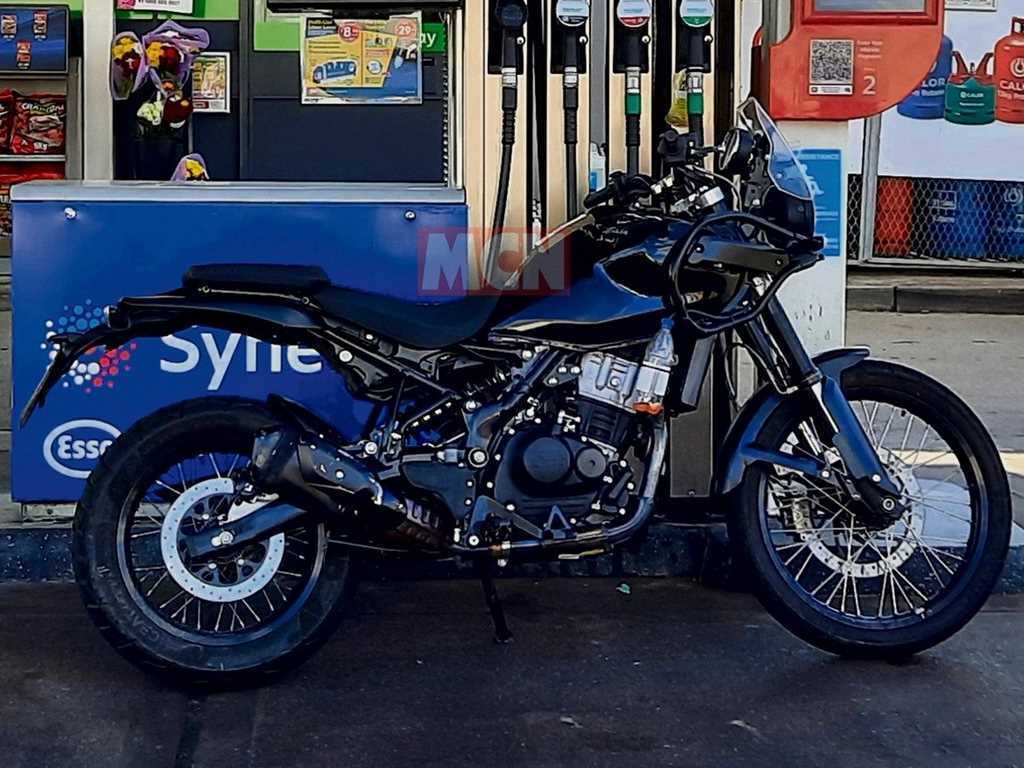 Royal Enfield is working on lots of new motorcycles as the company plans to rapidly expand its middleweight portfolio. While the Hunter 350 was recently launched, the brand is already working on newer 650cc offerings, while the all-new 450 platform will debut soon as well. The new 450 platform is expected to underpin a new ADV, namely the Himalayan 450, and will spawn more models, like this Scram 450, which was recently spotted testing.

The reason we believe this is the Royal Enfield Scram 450 LC (Liquid Cooled) is because the model arrives with alloy wheels and a sleeker appearance. Despite the complete camouflage, some of the bits that do stand out include the single-piece seat, new taillight with integrated turn indicators and what appears to be an LED headlamp unit. Much like the Scram 411, the new Scram 450 is expected to borrow quite a few bits from the Himalayan 450, which will include the new chassis and engine. However, the Scram 450 will be more urban-friendly as opposed to being adventure-ready on the Himalayan.

While details are scarce, the Royal Enfield Scram 450 is expected to use a newly developed 450cc single-cylinder, liquid-cooled engine that is likely to belt out about 35PS and 40Nm of peak torque. The larger 650cc motor on the Interceptor makes about 47PS and 52Nm of torque, in comparison. However, the Scram 450 will be more of a direct rival to the KTM 390 Adventure that uses a 373cc single-cylinder, liquid-cooled motor with 44PS and 37Nm. Other mechanical bits include telescopic front forks, a monoshock at the rear, alloy wheels with road-biased tyres, and dual-channel ABS.

The upcoming Royal Enfield 450 range could be the brand’s most advanced yet and will boldly tap into newer markets for the bike maker. The company has not announced a timeline for the launch, but we expect big announcements later this year, possibly at EICMA.