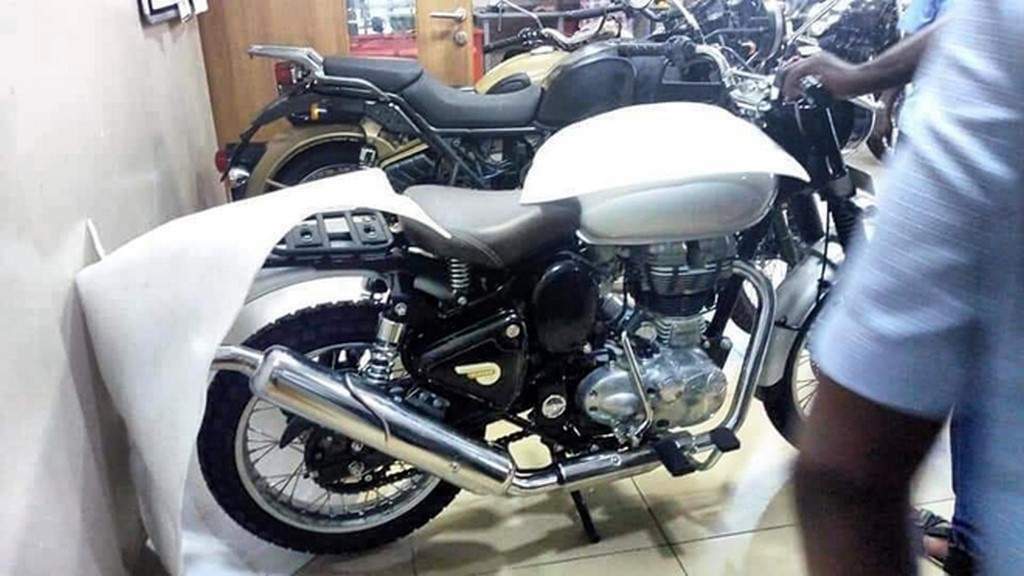 Royal Enfield Classic Scrambler Bike spied. Enfield does want to provide feel in all cubic capacities. This will be a 350 and 500cc

Royal Enfield India is subtly changing its goal now. For the past few years, they’ve strictly committed themselves to the commuter-cruiser segment. Things started changing after the launch of their steadfast off-roader – the Himalayan. After seeing the kind of response they got for the Himalayan, RE knew they can tap into different segments. The basics stay the same so don’t expect super-modern, electronics-loathed bikes from the Eicher owned brand. That’s just not in their DNA. RE’s are all about going old-school.

Now with the launch of the Interceptor twins on the charts, you may think that RE will primly focus on the same. Unfortunately, you aren’t right. RE is readying a Classic based scrambler bike. A new Royal Enfield Classic Scrambler version was spotted at a dealership and the image was shared by the Royal Enfield Bullet Club. It is likely that the bike will be launched in next few weeks. 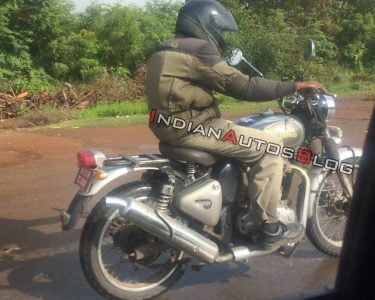 Although the Royal Enfield Classic Scrambler was covered, the snaps do manage to reveal some of the juicy bits. Easily visible is the side profile of the bike. The fuel tank and headlamp aside, the front suspension gets rubber covers, the exhaust is reshaped and now is upswept. It also features luggage carriers and dual-purpose tyres. Also visible is the slightly tweaked handlebar, which now is more upright and straighter than the one on the Classic. 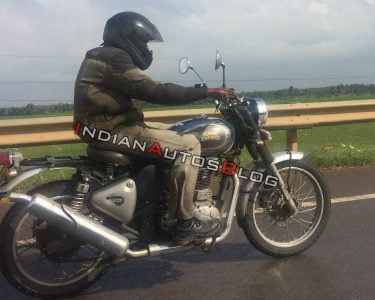 While the engine details are known yet but being a Classic based model, expect the new Royal Enfield Classic Scrambler bike to be equipped with the same old UCE engines. It isn’t new for RE. Recently they’ve launched souped up models of the Thunderbird, the Thunderbird 350X and 500X. We suspect the Classic too is going through the same treatment, but this time in scrambler form. For the record, the Classis 350 is propelled via a 346cc motor that pumps out 19.8hp and 28Nm of torque while the 500 comes with a 499cc engine which belts out 27.2hp and 41.3Nm of torque. 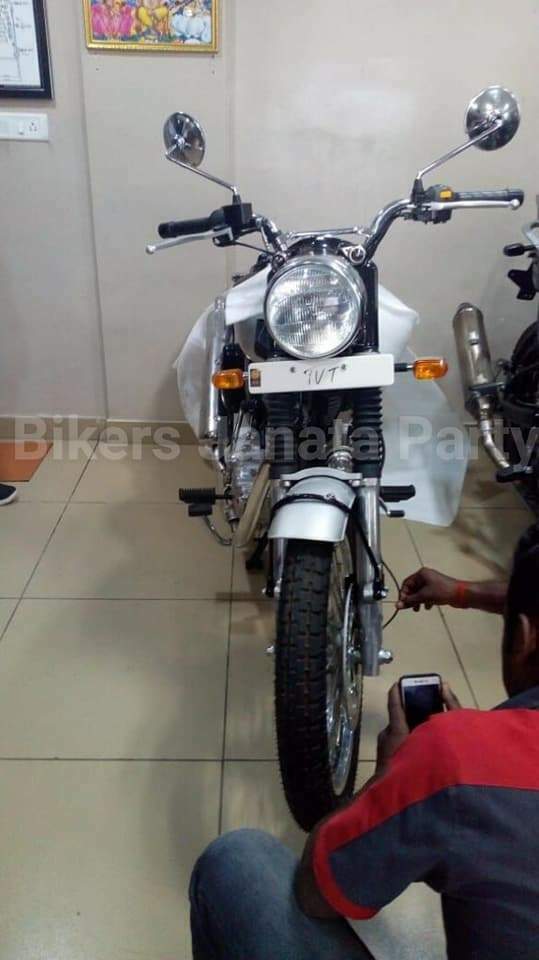