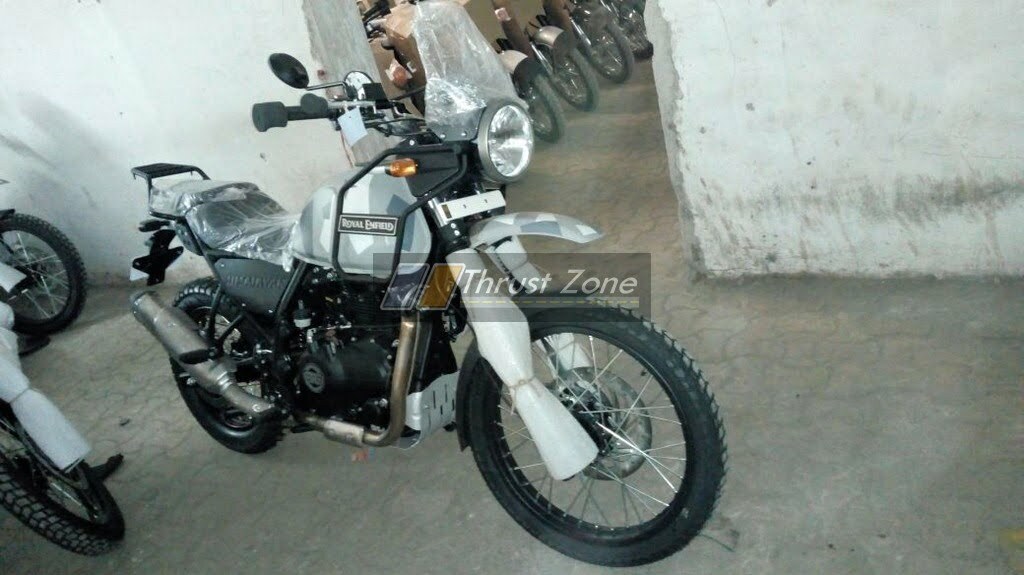 Royal Enfield Himalayan Camouflage Color has been spotted at a dealership, looks great!

Looks like the Himalayan avatar which was spied is a production-ready motorcycle and the launch of the Avatar will be in January or February this year. Apart from the colour of the motorcycle, the design of the bike continues to be the same and there are not many changes visible. Mechanically, this Royal Enfield Himalayan camouflage continues to be powered by a 411cc single cylindered engine, which is 4 stroke, air cooled and is fuel injected. Producing a horsepower of 24.5 and a 32Nm of peak torque this engine comes mated to a 5-speed gearbox.

To add to its off-road credentials the Himalayan is built on a half-duplex split cradle. The Himalayan has a long travel suspension with 41mm front forks with 200mm travel distance. At the rear, it has a mono shock suspension with 180mm travel. The braking is carried out by the 300mm disc brakes at the front and a 240mm disc at the rear. Sadly the bike does miss out on the ABS system for now. Maybe in future, they might offer it. The best part of the bike is the ground clearance which is of 220mm hence making it easier and fun to ride over difficult terrains.