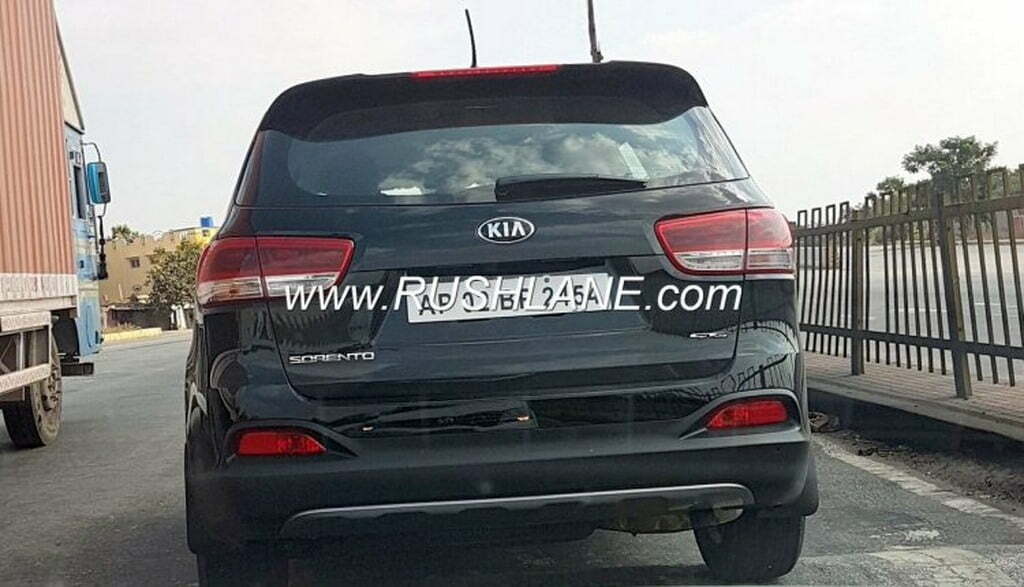 Kia Sorento India Launch will happen and will fill the gap for Hyundai (parent company) for the Santa Fe. SUV debuts at Auto Expo 2018

The new Kia Sorento is now in the third gen and has been recently spied in India. This car is based on the same platform as the Hyundai Santa Fe. The car in the image given, is the GT line variant which is actually the top variant of the Sorento.

The Kia Sorento is one of the safest SUVs out there today as it has got a 5-star safety rating. This SUV can accommodate 7 people and not only does it share the same platform but also it shares the same engine and parts with the Hyundai Santa Fe. Sadly there is no more Hyundai Santa Fe in India and since Kia would like to establish itself as a more premium band than the Hyundai, launching Sorento would help.

Coming to the dimensions of the car, the Kia Sorento is 4780 mm long, 1890 mm wide and 1685mm tall. The wheelbase of this car is 2780mm. Under the hood (internationally) the Kia Sorento is offered with 2.0 litre diesel engine which produces 148hp and a 2.2 litre turbo diesel R unit which produces 195hp which emits 153g/km CO while the third variant would be a 2.4 litre GDI petrol engine with direct fuel injection offering a horsepower of 194. But in some international markets the Sorento also gets a 172 horsepower 2.4 MPI or a 276 hp 3.5-litre gasoline V6 engine. It comes with a manual and an automatic transmission. AWD is also on offer.