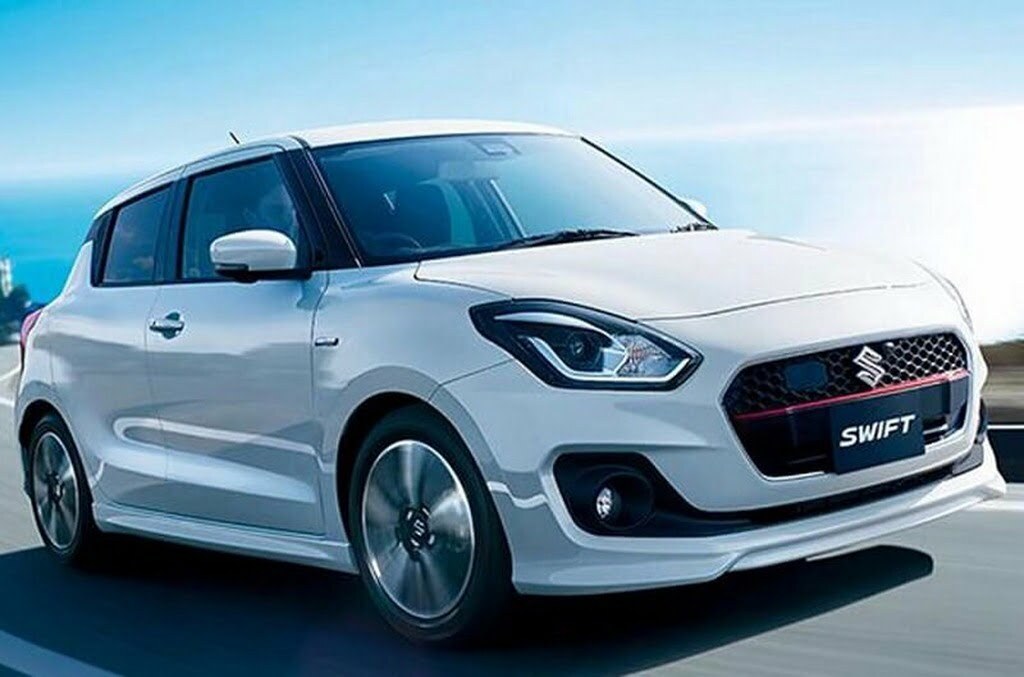 Maruti Suzuki, India’s leading car manufacturer, is finally ready to launch the 2018 Swift in India. Launched already in Japan and Europe, the car was spotted in India during a TV commercial shoot. Dealers have already started to take pre-orders for the much-awaited hatchback and deliveries are being promised in the month of March. Reports from trusted sources also reveal that MSI is also introducing an RS-version of the car. Similar to the Baleno RS, the Swift RS will be sold as the sportier version of the Swift.
What’s new about the Swift RS?

The 2018 Swift RS shares the design along with the regular Swift. However, MSI will make some subtle changes in the styling to differentiate between the regular one. Front facia of the car is pretty-much aggressive, thanks to a big hexagonal mesh grille, sporty bumpers and a red stripe that runs along the length of the grille. Features include Peeled Back Projector Lamps, Thicker C-pillar with black inserts, Dual front airbags, ABS with EBD & Brake Assist, Tyre pressure Monitoring system and much more, all of which are shared with the regular Swift.

What’s different is the engine under the hood of the 2018 Swift RS India specific model? MSI is bringing forward the 1.2L K-series Petrol engine and the 1.3L DDIS engine to the New-Generation Swift, whereas the 2018 Swift RS India version will get the same 1.0L turbocharged 3-cylinder petrol engine similar to the one on the Baleno RS. This engine claims to offer higher displacement and higher torque at lower revs. The engine produces 100.5bhp @ 5500rpm and a peak torque figure of 150Nm between 1700-4500rpm. The power is transmitted to the front wheels via a 5-speed gearbox. The same engine returns a mileage of 21.1 kmpl on the Baleno RS, and we expect a bit more on the Swift RS.

As for the launch details, the car would be showcased at the 2018 Auto Expo in New Delhi this year, and we expect the car to launch at a price of 7.1 lakh. Stay tuned on the website for more.

Volkswagen Ameo DSG Gearbox Continues To Be Unreliable, In One Way Or The Other