We’ve been telling you that Royal Enfield is working on an all-new platform that will underpin several new entry-level motorcycles in the company’s line-up. The bikemaker is readying the new Hunter 350 that will go on sale soon. More spy images have emerged of what could be a new entry-level motorcycle now ready for launch in couple of months. However, the testing continues despite it being confirmed that its debut is set to happen in the next 20-25 days from today, July 9, 2022.

Now, the Hunter is one of the many names patented by RE in recent times including the Meteor, Hunter and Sherpa nameplates, and speculations suggest that the spied motorcycle will be badged as the Hunter, internally codenamed J1D and what we can also see the Meteor along with it. The Royal Enfield Hunter is expected to get a 350 cc powertrain, which was recently seen on the Classic and Meteor 350. Power and torque figures are likely to be identical as well. 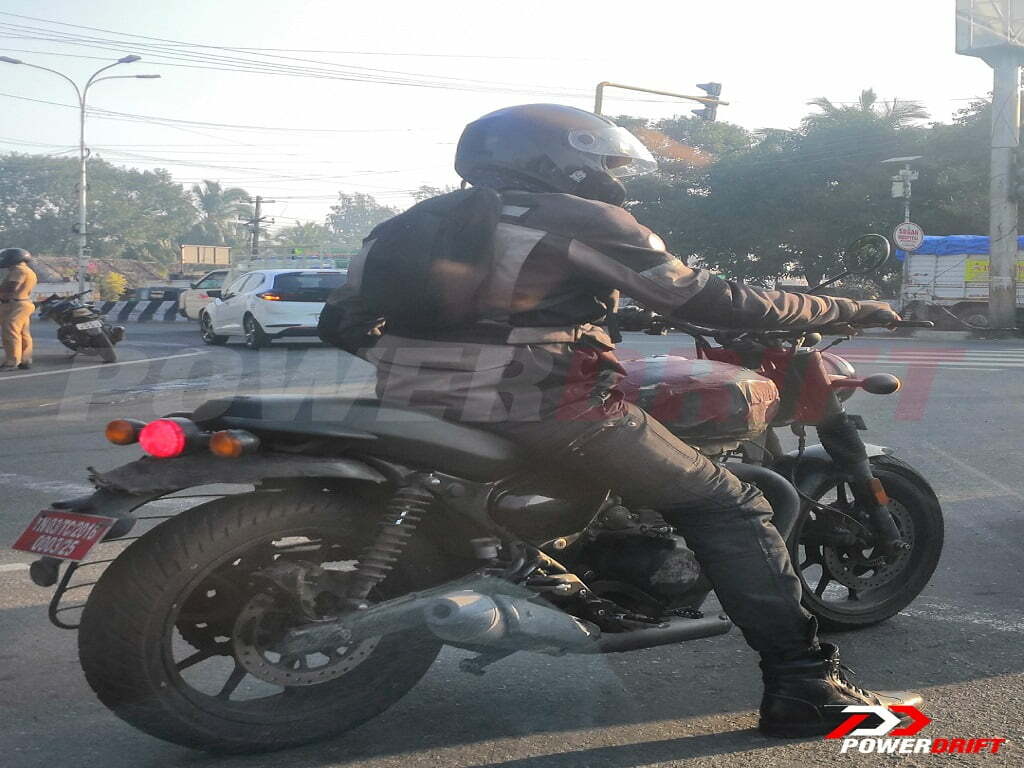 The spy shots reveal the side profile of the Royal Enfield Hunter along with its meters. The bike was spotted testing wearing heavy camouflage. The test mule gives a lot in terms of design as it is a quintessential RE appearance.

Other details remain familiar including the telescopic forks at the front, twin shocks at the rear, disc brakes at either end with dual-channel ABS likely. The bike also rides on alloy wheels. The short exhaust does catch our attention.

The test model also appears to get a dual-pod instrument console that could get a digital readout as well. Going by recent reports, the Hunter could also come with Bluetooth connectivity in what would be a big step-up for Royal Enfield motorcycles.

It’ll be too early to talk about the pricing of the Royal Enfield Hunter. However, we do expect the model to arrive with a price tag between Rs. 1.5-1.8 lakh (Ex-Showroom). This does beg the question as to where will Royal Enfield position the new Hunter within its portfolio. While the company has not confirmed any details, there are rumours that the upcoming model could be targeted at female riders. Royal Enfield Hunter looks like it is ready to go against the Honda CB350 RS while the Highness will go against the Classic 350. This will go against the already dud Yezdi Scrambler and a brand new rival from TVS, the Ronin.

Toyota Isuzu And Others Invest In Hydrogen Engines For Commercial Vehicles