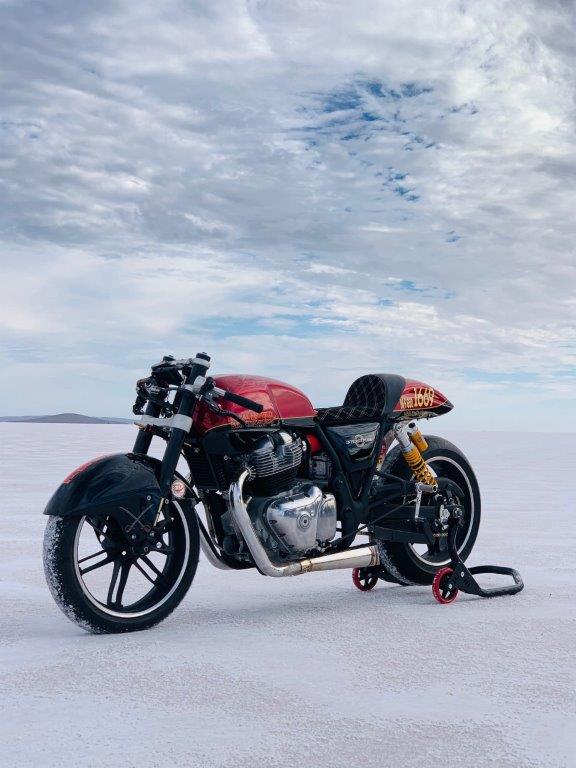 Motorcyclists aspire for exploring new possibilities and pushing boundaries and Royal Enfield endeavours to aid each and every such pursuit. Crossing a significant milestone in this pursuit, Mid Life Cycles’ Royal Enfield Interceptor 650 Salt Racer has set the class record at the annual Speed Week run at Lake Gairdner, South Australia. The Interceptor 650 Twin broke the four-year-old class record on each of its runs, leaving the new mark at 132.050 MPH (miles per hour) or 212.514 km/h. The Mid Life Cycles’ Interceptor was entered in Class M-F 650, for 650cc un-streamlined motorcycles running commercial unleaded fuel. The old record of 119.961 MPH was set at Lake Gairdner in 2016.

On the morning of day two of the Speed Week, the Interceptor 650 clocked 128.935 MPH and 130.204 MPH for a new provisional record of 129.570 MPH. The Geelong-based Harness Racing Australia team, headed by experienced salt racers Andrew and Kate Hallam, thought this was an extraordinary result for a 650cc single-cam, air-cooled Twin, but Charlie believed there was a little more to come. That afternoon, the Interceptor ran 130.370 MPH and was then impounded overnight until it could do a back-up run the next morning. This run, under increasingly stormy skies, saw a stunning 133.779 MPH top speed, for a new record of 132.050 MPH. 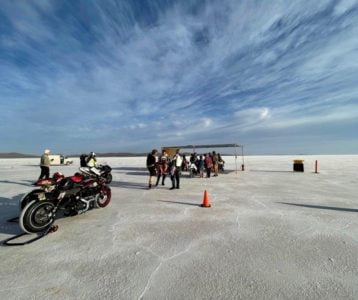 For Mid Life Cycles, the trouble-free record of the Royal Enfield Interceptor 650 reinforced the confidence the team had in the Royal Enfield 650 Twin engine package and traditional twin-loop steel frame that was carried over from the road bike to the racer, with minimal modifications allowed under the class rules.

Launched in September 2018, the 650 Twins, were received extremely well by motorcycle enthusiasts in India and across the globe. The Interceptor 650 – the quintessential roadster, won several awards including the prestigious Indian Motorcycle of the Year 2018 and has continued to dominate the upper end (500cc and above) of the mid-sized motorcycling segment in the country. Even in the international markets, the Interceptor INT 650 Twin has been extremely successful and has won several prestigious awards including MCN’s Best Retro Motorcycle of the Year 2019 and also for the 2020 in the UK, becoming the only Indian brand to do so, not just once but twice in a row.