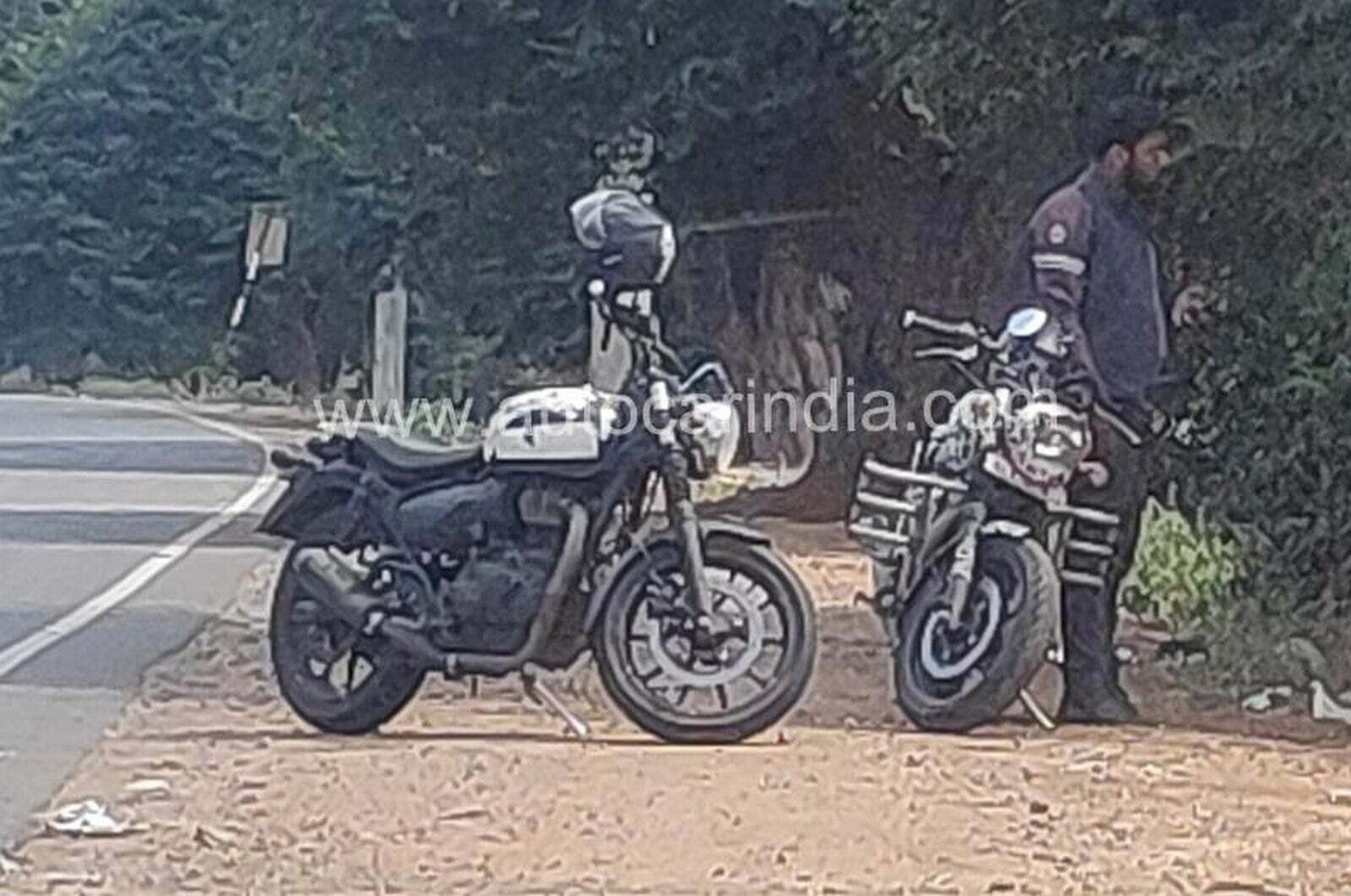 It seems that Royal Enfield has quite a bit planned for 2021 and with that being said we have new spy shots surfacing on the web. After being spotted on multiple occasions, there are numerous talks about the new Thunderbird’s incoming. But these images tell a different story.

Breaking down the appearance of the new bike, we can say that it has lower laying stance compared to the rest of the Royal Enfield models. Now the bike doesn’t seem to be built completely from the ground and hence there are a few similarities to the Thunderbird.

First, on the list, we have the headlight unit, front forks and the circular digital instrument cluster. Another resembling part is the double-cradle frame that we have seen on the spied shots for the next-gen Royal Enfield Classic.

That’s not it, the rear shock-absorbers and the swingarm also seem to be shared with the sibling Royal Enfield models. Adding up to the list, the alloys on the spied motorcycle are in a similar V-shaped pattern. Lastly, one of the most essential elements, the engine. From the looks of it, the motor appears in a matte-black finished engine casing. As of now, no comments can be made on the state of tune.

Moving on from what’s similar to what’s not, the first thing to strike out is the stance. It carries a lower and sleeker stance than the Thunderbird. The seat as well is a single-piece seat and flatter than the split-seat unit. Furthermore, the taillight is located a bit higher and has a slight oval shape to it. Flanking the tail light, we have the higher mounted turn indicators. The latter part resembles more to the outgoing Thunderbird X.

The exhaust too is different. The muffler is positioned diagonally upwards and is shorter, not something you’d find on a Royal Enfield. The footpegs are proper mid-set and not forward set. The fuel tank carries a similar outline but is placed slightly lower than usual.

Food for the thought, with its current line-up, Royal Enfield has no direct contender for the Jawa Forty Two. The only consideration is the Classic 350 and that too in terms of the price and the retro styling. Though the bike shares a decent number of components with the Thunderbird, we cannot ignore the fact that it might eye on the Jawa Forty Two as well. Nothing concrete can be said for now, but the new model surely catches the eye.