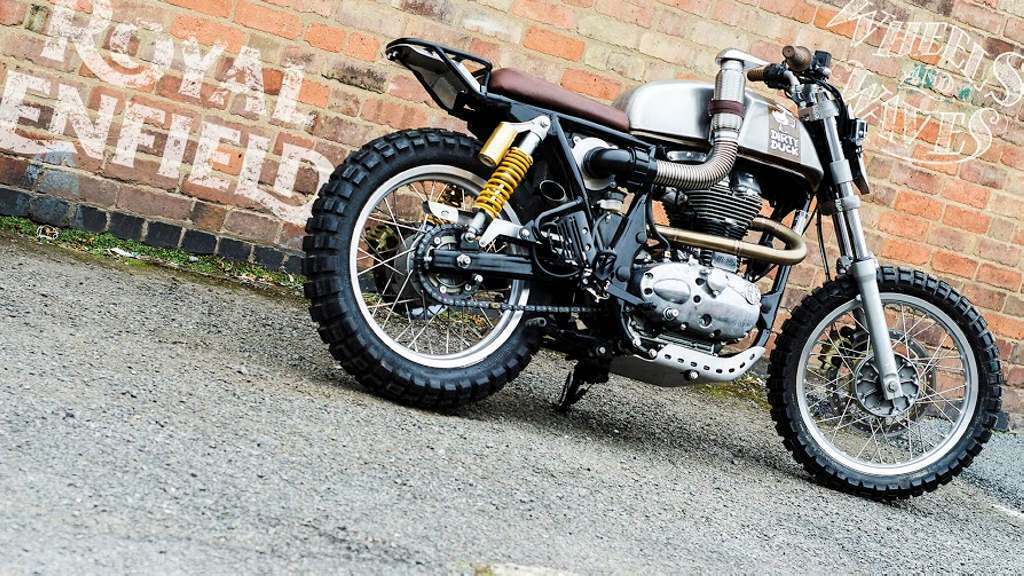 Royal Enfield is making sure they come up with new things, but continue with their legacy at the same time. All started with the Royal Enfield Continental GT and next was Himalayan. Over the past and something that will continue for years to come, people have modified their motorcycles from the brand in some way or the other. Today, Royal Enfield themselves is doing and in a spectacular way.

The first custom that has been named Mo’ Powa’ which clearly means “More Power” when you say in a less childish and finicky way. The motorcycle is a low riding dragster motorcycle and everything else bare naked and devoid of panels. The idea is based on the Classic 500, the motorcycle gets the turbocharger bolted to the frame and the motorcycle gets a specific intake system and a cool ignition switch along with hand-fabricated exhaust from the folks at Harris Performance.

Meanwhile, the second custom is something really tempting to look and own some day. Called the Dirty Duck, the motorcycle is based on the RE Continental GT. Dirty Duck is styled to look like a offroader. The front has been fitted with two projector headlights along with off-road large chunky tyres. The rear suspension and front suspension remain the same and so the wheels. The bars mounting has been raised and front panel can accommodate a Go-Pro quite easily.

The belly pan has been put in place and it looks both form and function. The panels are not painted on this one to make look more purposeful. A huge snorkel, for off-road duties make sure it is even more of form and function as well. Obviously, these motorcycles won’t be seen in the nearest garage of showroom of Royal Enfield, but you can gauge at the pics here or make them your wallpaper because they are worth every bit of attention!