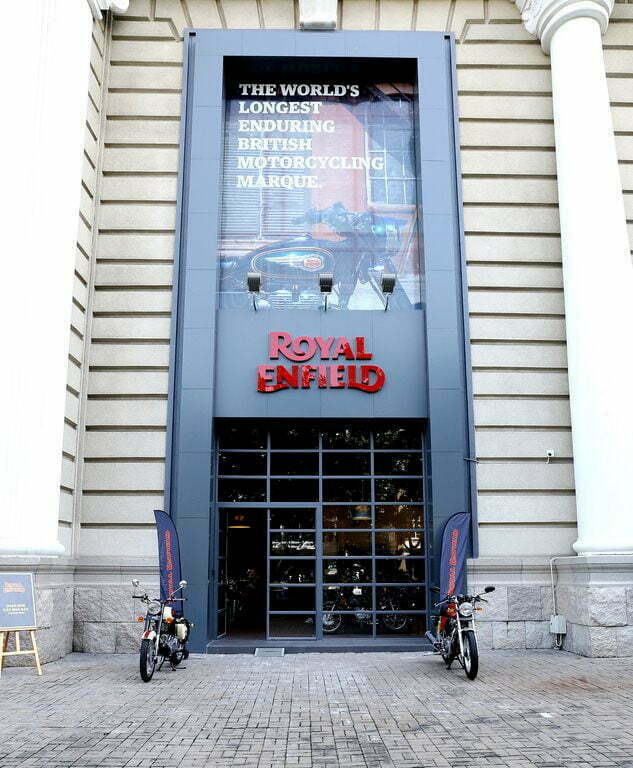 With more than 50% growth every year for the last 5 years, Royal Enfield is fast becoming a very important player in the global mid-size motorcycle market and is working towards re-inventing this space with motorcycles that are evocative and engaging and great fun to ride. Royal Enfield’s product line‐up in India includes the Bullet, Classic and Thunderbird models in 350 and 500cc displacement along with Continental GT 535cc café racer and the purpose built Himalayan powered by the new LS410 engine.

Royal Enfield today announced its entry into Vietnam, the world’s fourth largest two wheeler market. As a part of the company’s focused growth strategy and international thrust to expand the mid-sized motorcycle segment (250-750cc), Royal Enfield today inaugurated its first flagship store in Ho Chi Minh City (HCMC), Vietnam. The company currently is focused on building and expanding its presence in South-Asian countries. Royal Enfield has presence in Indonesia through two exclusive stores in Jakarta and at Bali and also has the first exclusive gear store outside India at Jakarta. In Thailand, Royal Enfield currently has an exclusive store in Bangkok.

Royal Enfield forayed into Vietnam with Al Naboodah International (VN) as its official dealer in the country. The first flagship store has been launched in the heart of HCMC at Saigon Paragon, 3 Nguyen Luong Bang, District 7, Vietnam.

Royal Enfield has entered Vietnam with three of its models featuring single-cylinder engines, that includes Bullet 500, Classic 500 and the Continental GT 535 cc. In a post-performance era where riders are looking for machines that are easy to own and maintain, Royal Enfield offers evocative and unintimidating modern-classic motorcycles, with timeless appeal. Royal Enfield uses traditional craftsmanship and modern technology as a means to create motorcycles, which stand for reviving the pleasures motorcycling at its purest.

Royal Enfield operates through 17 company-operated stores and 705+ dealers in all major cities and towns in India, and exports to over 50 countries across the world including the USA, UK, several European and Latin American countries, as well as the Middle East and South East Asia.

Royal Enfield also organizes and supports many motorcycling events and rides globally, more prominently the Rider Mania – an annual gathering of Royal Enfield riders from all over the world to the lovely beaches of Goa, and the Himalayan Odyssey, the most arduous motorcycle ride over some of the toughest roads and highest mountain passes in the Himalayas. Royal Enfield also conducts the popular ‘One Ride’ where people around the world ride out on their motorcycles on the first Sunday of April.