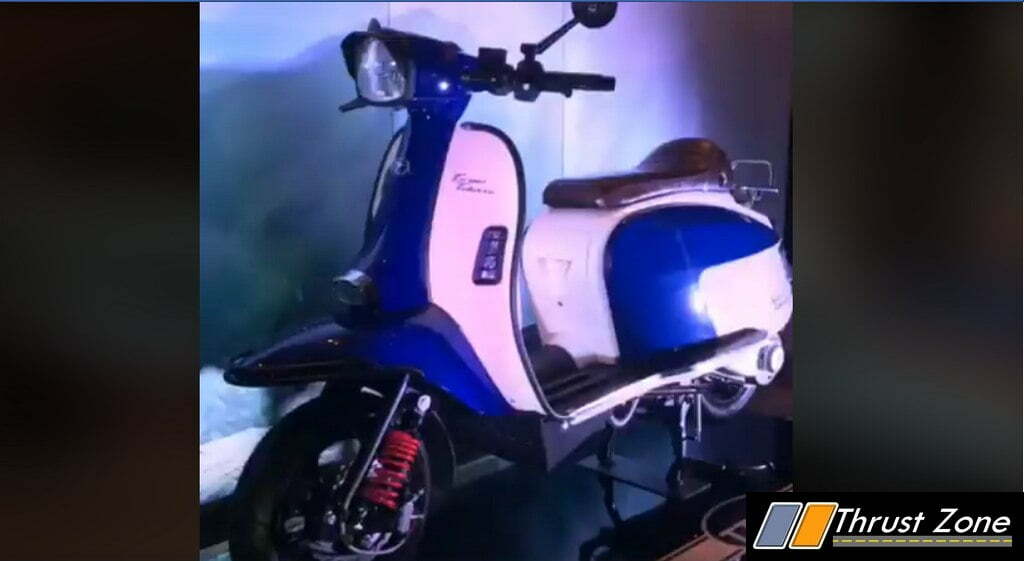 Scomadi Scooters India Launch in August 2018 says the Facebook page which has been started by the company.

Rejoice scooter fans as an iconic premium scooter brand is about to set its feet in India. We are talking about none other than the British scooter brand, Scomadi. Scomadi makes some of the very finest creations on two wheels. Their prime line consists of Lambretta GP styled scooters like the Turismo Technica 125 and TT200i, the TL125 and TL200 and the Turismo Leggera 50.

Scomadi was founded back in 2005 by Frank Sanderson and Paul Melici. The company kick-started their operations in 2009 and from thereon they became famous for their bespoke scooters. Initially most of their scooters were hand built, but later on they shifted to mass production and hence spread across markets in Europe and Asia. Earlier they were in a Chinese collaboration for manufacturing scooters, but later on moved to Thailand to improve quality standards. One interesting trivia is the brand name which is a shortened word for “Scooters Manufacturing and Distribution”, cool right?

Scomadi has teamed up with a Pune based performance house called AJ Performance. AJ is known for customization, sourcing of parts for high-end cars and maintaining them. Scomadi’s debut scooter will be the TT125. The TT125 has completed all the necessary procedures for homologation and will arrive by May 2018. It will be brought to India as a CBU with AJ Performance being its official distributor. Customers can choose from a range of standard and customized paint options. The latter will take three months to arrive after booking. Scomadi is stressing on personalization options so expect accessories like windscreens, protective guards, seat trims, luggage racks and much more to be made available as an option.

The equipment on offer is what sets the TT125 apart from the mainstream scooters. It sports an engine that is derived from the Aprilia SR125. However, this one is built in Italy and is then shipped to Thailand. The bore and stroke dimensions of this engine are different than the SR. Fuel is fed via a Delphi injection system, a first in India. The power output of this motor is rated at 11hp at 7300rpm. For those wanting for more performance there is also an optional remap and exhaust upgrade which ups the power to 15.5hps.

The bike oops, scooter gets two hydraulic preload adjustable shock absorbers with coil springs and a gas-assisted anti-dive linkage system. The rear is kept in check via an adjustable four step shock absorber. Braking is handled by Nissin calipers with 220mm disc at the front and a 200mm disc at the rear. You also get dual channel ABS as standard. Rubber duties are handled by the Pirelli Angel Scooter tire with a 100 section front and 120 section rear. The seat height is an accessible 773mm. The dry weight of the scooter is 100 kg which isn’t all that heavy considering the equipment onboard.

Coming to the practicality bits, sadly there aren’t many. There is a lockable front compartment behind the apron and a rear rack. There is no under-seat storage as the fuel tank occupies the space.

A retro looking single-pod all-digital instrument cluster sits at the centre of the handlebar. It features a speedometer, a tachometer, a trip meter, a fuel gauge and other tell-tale lights for the headlight beam positions and turn-signal indicators. An engine-kill switch and a hazard light are offered as standard. The headlight and taillight are full LED units. Upfront you also get a DRL.

The TT125 will carry a premium price tag of INR 1.98 lacs (ex-showroom Pune). That’s a whopping lac expensive than the Vespa. But then this brand isn’t about being sensible, its about being unique and different which the Scomadi scooters do in spades.